The NTC Has Offered Summer Camps at Bridgeport Since 1949 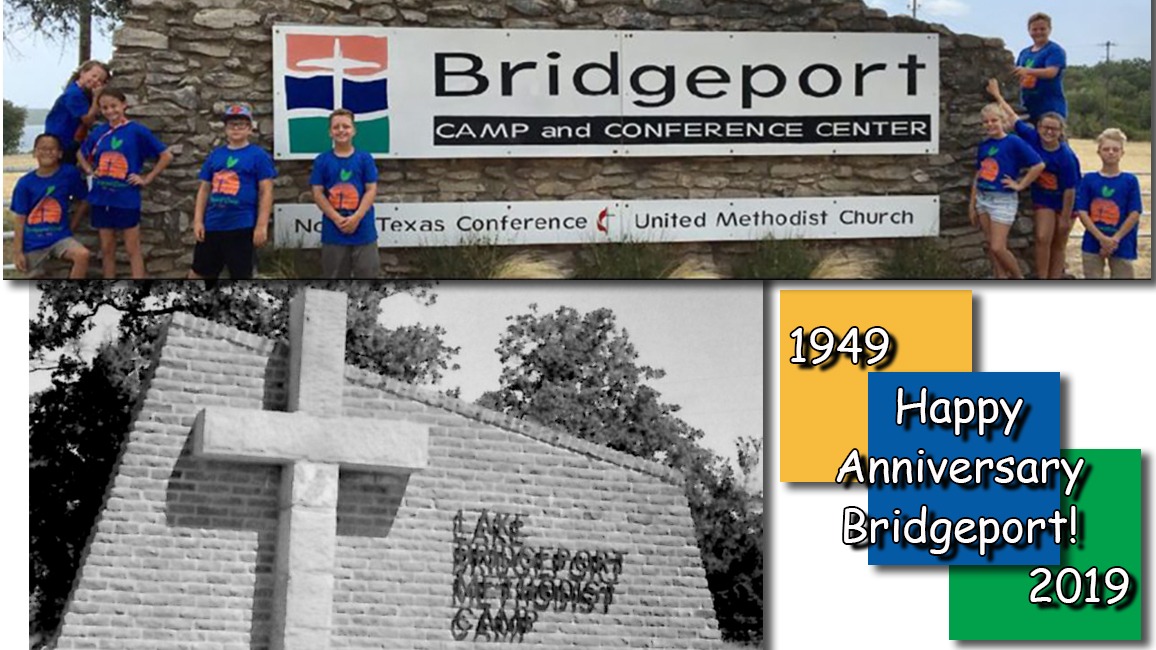 Camping is important in the faith formation of young people

In 1947, a Methodist church in Bridgeport, Texas, purchased 140 acres of land from the Tarrant County Water District. The land was previously used as a practice bomb run for the Carswell Air Force Base, now known as the Naval Air Station Fort Worth Joint Reserve Base. 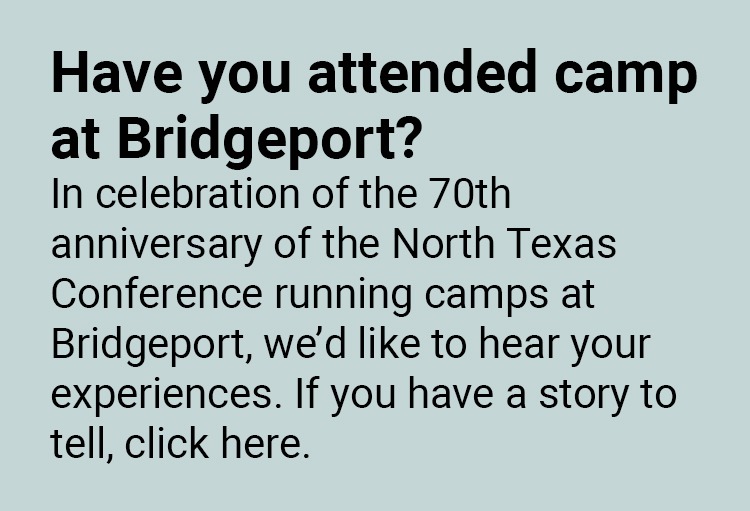 But the church realized the land could be repurposed and have a positive impact on the lives of others.

A year later, the land was donated to the North Texas Conference for a camping ministry and – in 1949 – the conference began offering summer camps on the site … thus beginning a rich 70-year run of helping youth on their faith-formation journey that continues today.

The NTC knew the importance of camping ministry, and Bridgeport was the right place for it. Old military barracks served as the first lodging. Over time, they added modern elements and more buildings.

Today, Bridgeport hosts between 1,150 and 1,400 campers each summer and 1,500 through retreats. Seven camps run through the summer for third grade to high school children. For two weeks each summer, SEEK Camp hosts those with special needs. Apart from summer camps, Bridgeport has other camping opportunities such as Camp Bible, Confirmation Camp and two weeks of MidWinter Camp.

“Bridgeport Summer Camp offers a distinctly Wesleyan experience that other non-Methodist camps do not offer,” said Joseph Bradley, who directs the North Texas Conference’s camping and retreat ministry. “We also offer our camps at lower price point than most other camps, allowing more campers to attend.”

Tom Christian, a retired associate director of Connectional Resources for the NTC and a member of Custer Road UMC, served as the first full-time director of Bridgeport in 1967. He and his family lived on the premises for what originally was supposed to be a two-year term but lasted 10 years.

“Bridgeport was the one place that youth and children could come together and experience fellowship in a way they never would in the local church,” said Christian, who jokingly recounted the number of marriages that resulted after the couple met at Bridgeport.

Bridgeport changed the way Methodists in North Texas thought about camping ministry, realizing the camp could be used year-round and not just in the summer. Eventually, the camp started hosting retreats for various groups.

Said Beau Taft, the current executive director of Bridgeport Camp: “We were lucky enough to inherit a very strong camping ministry … and continue to keep that going strong.”

Interested in renting Bridgeport for your event? Email [email protected] for available dates and rates.

1947: Bridgeport site was purchased by a local Methodist Church. The site had two lake front villages along with a central meeting/dining facility which was named Kiker Hall. Two barracks were moved from the military base to Bridgeport.

1948: The land was donated to the North Texas Conference for a camp ground.

1949: First camp held at the Methodist Assembly Grounds, as it was known. The camp hosted 600 attendees for a season of five weeks.

1950: The camp and its 22 buildings are dedicated by Bishop William C. Martin.

1962: Plans adopted for construction of a training center to be know as William C. Martin Training Center in honor of Bishop Martin. All-weather dormitories, cottages, dining room, kitchen, classrooms and an assembly hall were planned. The main building of the center was named Sallie Martin Hall in honor of  Bishop Martin’s wife.

1967: A manager of the conference center was hired, Tom Christian, to manage the camp and grounds.

1979: Construction began on Folsom Center as a memorial to Jack V. Folsom, who served as conference lay leader for 25 years.

1980s: More funds were given from the conference to begin improvements and hire full-time operational and maintenance staff to improve services provided.

1980: Folsom Center was completed. It is located near the waterfront.

1999: Under the leadership of Bishop Oden, the conference voted unanimously to raise $12 million to be divided under three priorities: create new churches, renew urban ministries and improve conference camping centers.

2000-2004: Under the Vision 2020 plan, additional improvements completed including the swimming pool, waterfront improvements, cabins and lodges.