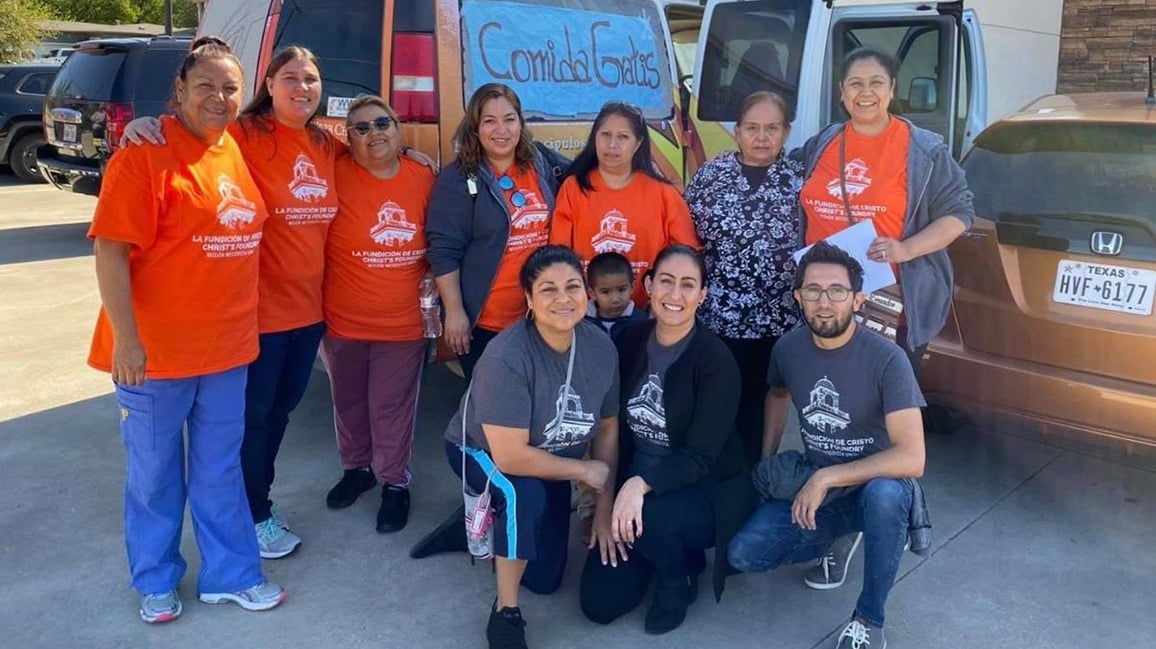 Rev. Amy Spaur just returned home the night of Oct. 20 from a women’s retreat when a dizzying amount of notifications overcame her. She saw the weather alerts first on television before her phone started to blast its own steady stream of warnings.

After taking time to process it all, Rev. Spaur realized that the tornado everyone was talking about touched down smack dab in the community of her church, Christ’s Foundry UM Mission.

She waited until daylight Monday morning to assess the situation herself – Christ’s Foundry and its parsonage sustained minor damage – but a flurry of texts had already started. A string of apartment complexes and homes only a stone’s throw to the north of Christ’s Foundry were in the tornado's direct path, and these neighbors needed immediate assistance.

“My congregation was already organizing. I didn’t lead my congregation … they actually led me in this regard,” Rev. Spaur said. “Who can bring chicken? Who’s got lettuce? What about bread and to-go boxes?”

The group of Christ’s Foundry members – some of whom also were displaced by the storm – congregated at the church. Despite the lack of power, they assembled 50 hot meals that were packed into the church van and distributed to those impacted by the storm. Each delivery included a time to connect with the families, to listen and to offer prayer.

“In the face of great tragedy, when many others felt paralyzed, I’m so proud of the way our congregants went into action,” Rev. Spaur said. “They didn’t wait for people to arrive at the church doors; instead, they went door-to-door, connecting with people and praying for them and providing for their needs.”

As the week progressed, Christ’s Foundry was able to do so much more. On Tuesday, the church served 80 hot lunches and began accepting donations. Members from Lovers Lane UMC, a longtime church partner, came that afternoon with its grill and made 100 hot dog meals. The next day, 120 hot lunches were distributed and Lovers Lane came back that night to make 200 hamburger meals – in the rain, nonetheless.

By Thursday, Rev. Spaur engaged with the North Texas Conference and received word that emergency-response teams had mobilized. Initial plans for a tornado cleanup on Oct. 26 began to emerge. All told, more than 300 volunteers from churches across the connection – Highland Park UMC, Arapaho UMC, Grace Avenue UMC, First UMC Rockwall, Grace UMC, First UMC Dallas, University Park UMC, Lovers Lane UMC, Waples UMC, Flower Mound UMC and others – gathered at David G. Burnet Elementary before venturing out into the community to offer assistance. They cleared debris, they served lunches and did whatever they could to help a community in need.

Christ’s Foundry now is shifting its focus from helping its neighbors with emergency-disaster relief to long-term recovery. Church members are assessing the neighborhood for what they need, and previously donated items are being delivered.

This multitude of actions wasn’t the result of a congregation simply reacting to a crisis. All this was made possible because Christ’s Foundry has always engaged with its community and gained the trust of its neighbors. From offering immigration clinics, food distribution and ESL classes, the church has built its reputation among the community that the church will be there for them, in good times and bad, and will walk alongside them each step of the way. 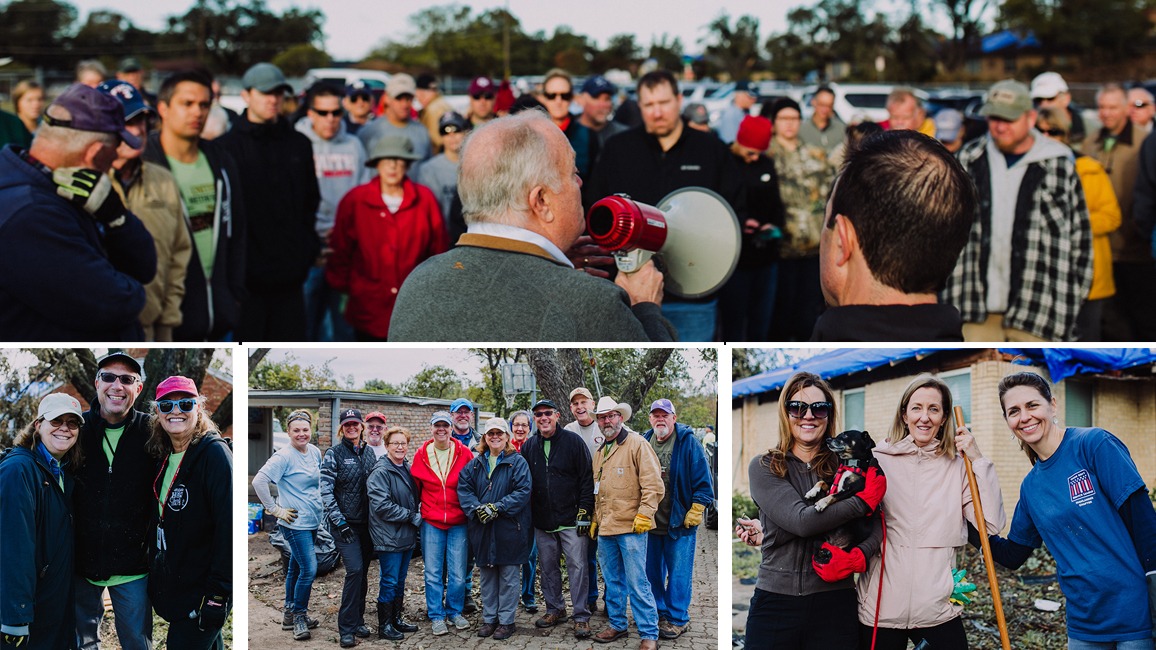 Rev. Spaur said she is extremely grateful for the outpouring of support received from other churches and the many volunteers who dedicated their time to assist others. She also hopes that others see this as an example to establish tighter connections with their own communities now and not wait until times of crisis to occur.

“As a pastor, it can be easier to fall into the tyranny of the urgent of what’s going on within the four walls of your church. I can say I definitely have done that at times,” Rev. Spaur said. “But it’s important to remember we’re not just appointed to a church; we’re appointed to a mission field.

“We can’t be afraid to connect with other community partners outside the church so that people see your willingness to help not as a way to get people in your pews but as a ministry to and with the community. In Methodist circles, we get really good at doing, providing and giving … but we’re a little more uncomfortable being with, in relation with and talking with. That’s something I hope we all can work on a little bit more in the future.”