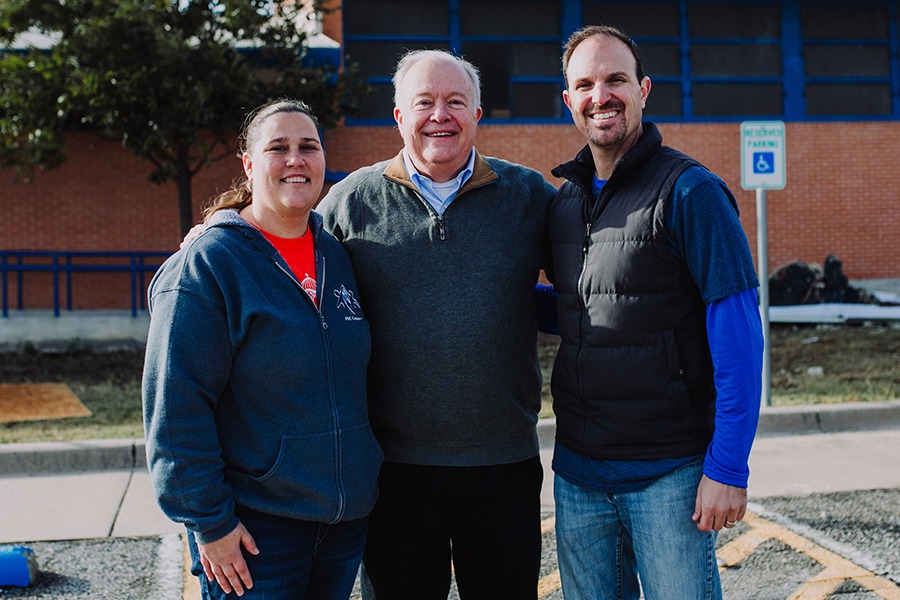 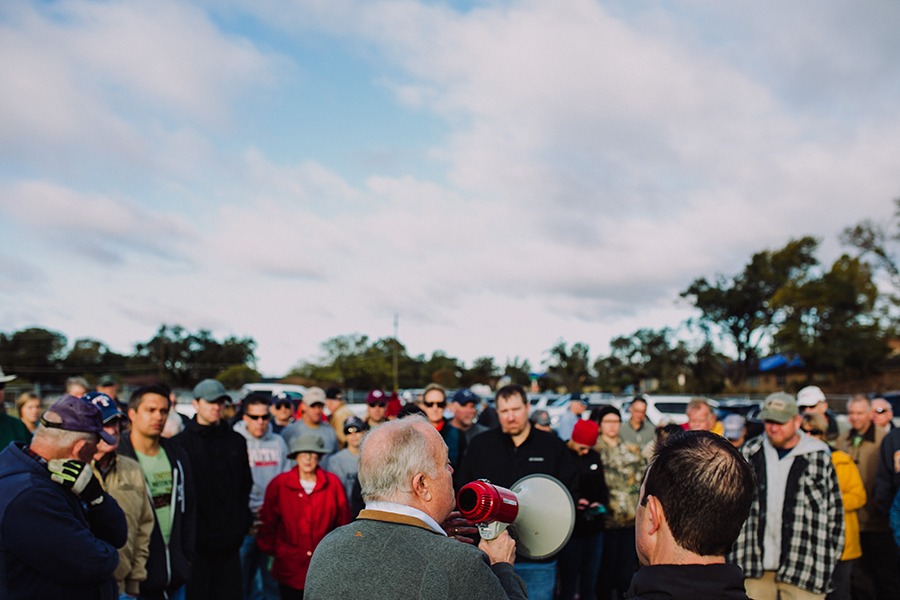 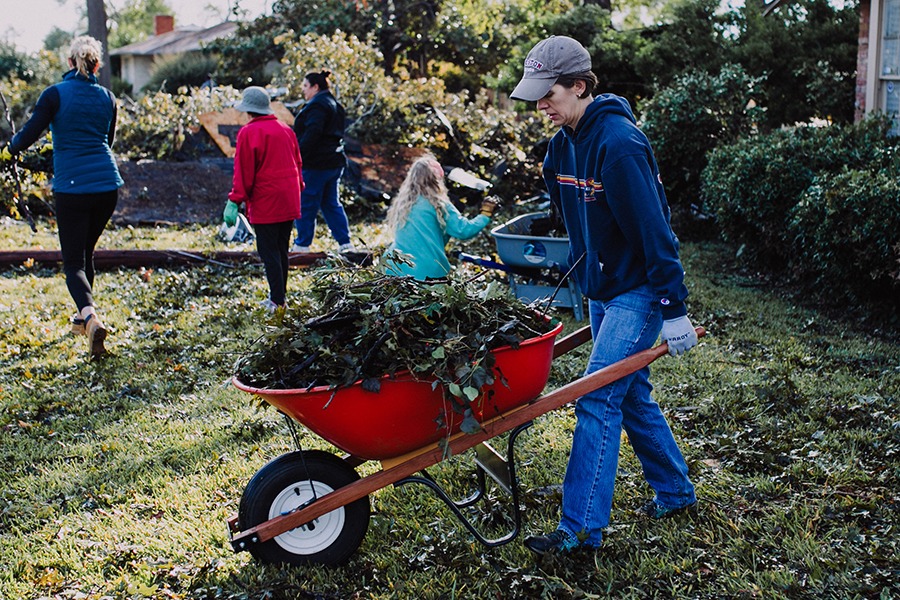 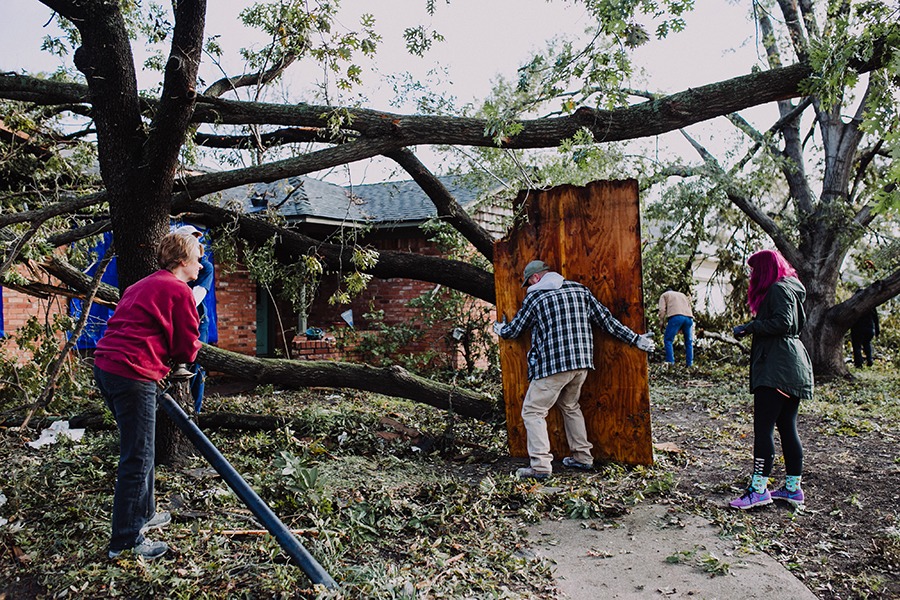 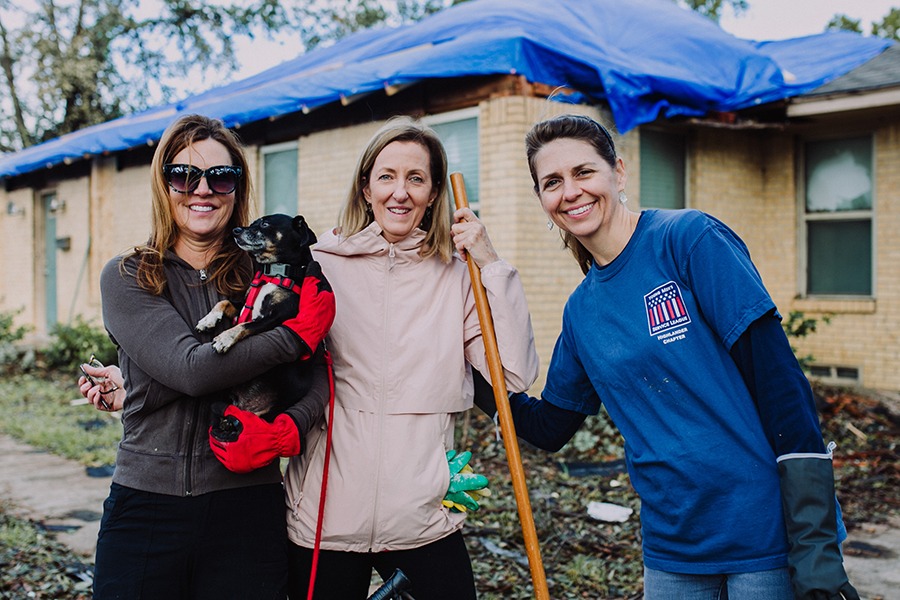 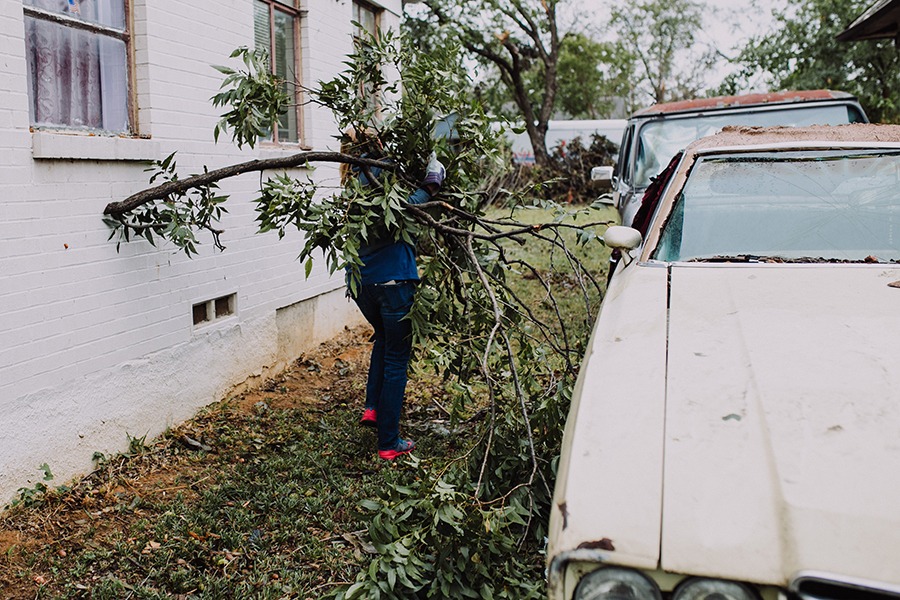 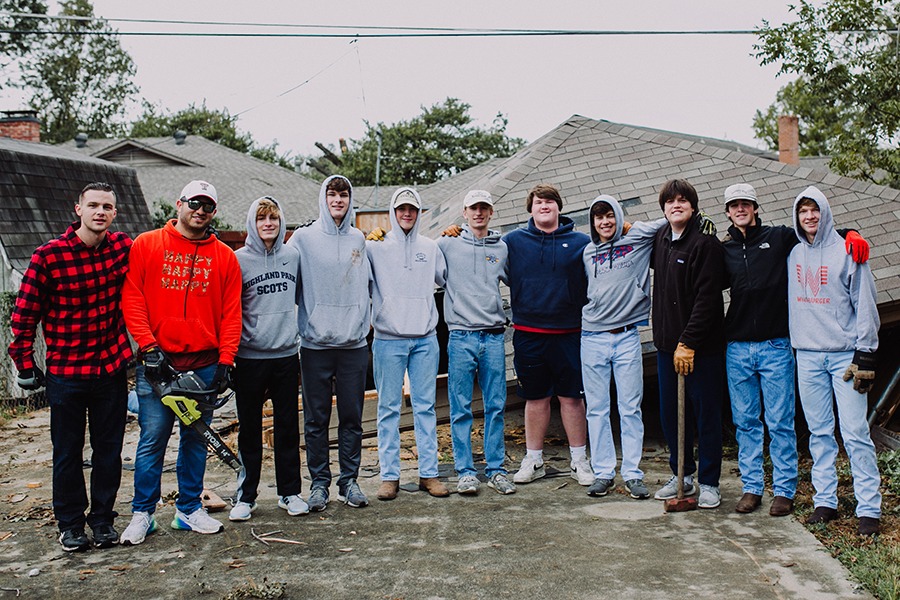 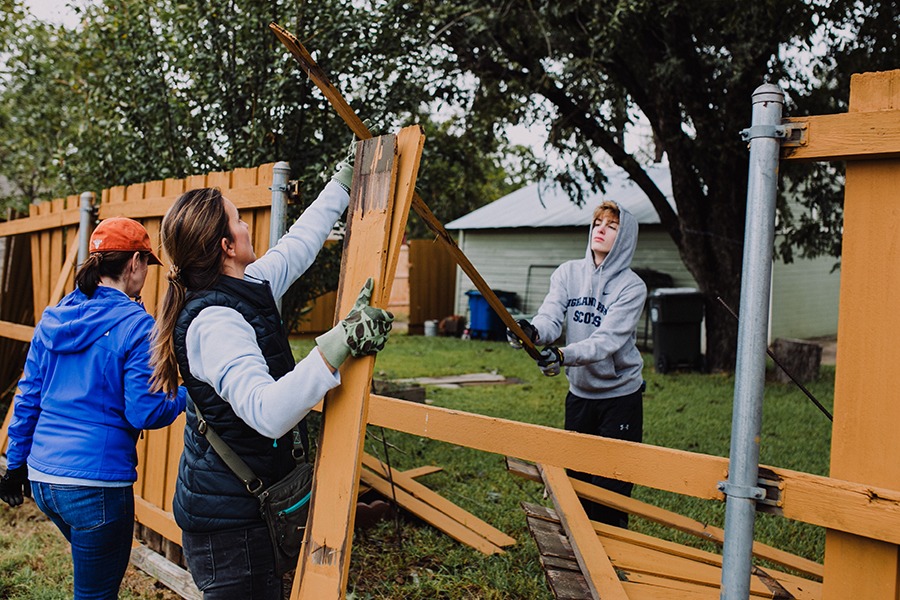 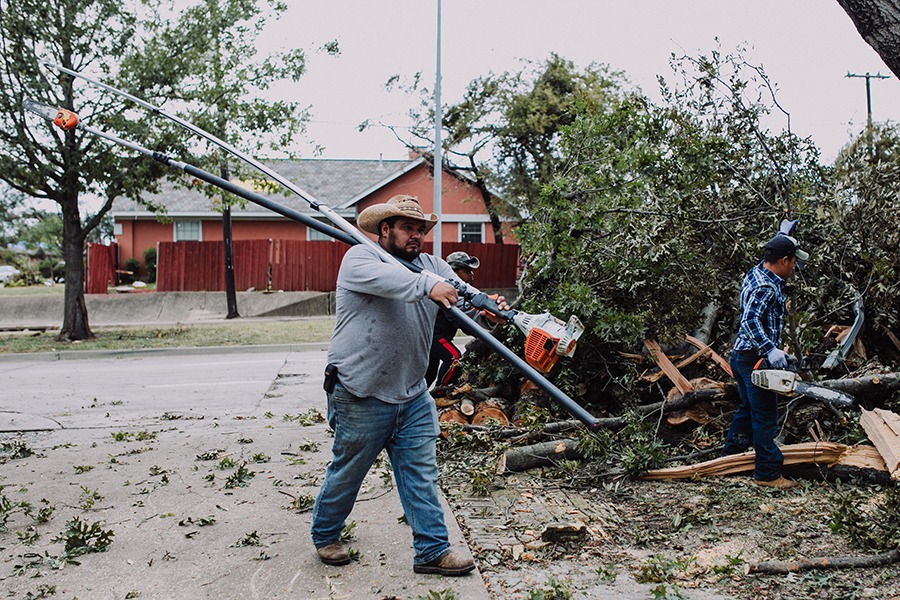 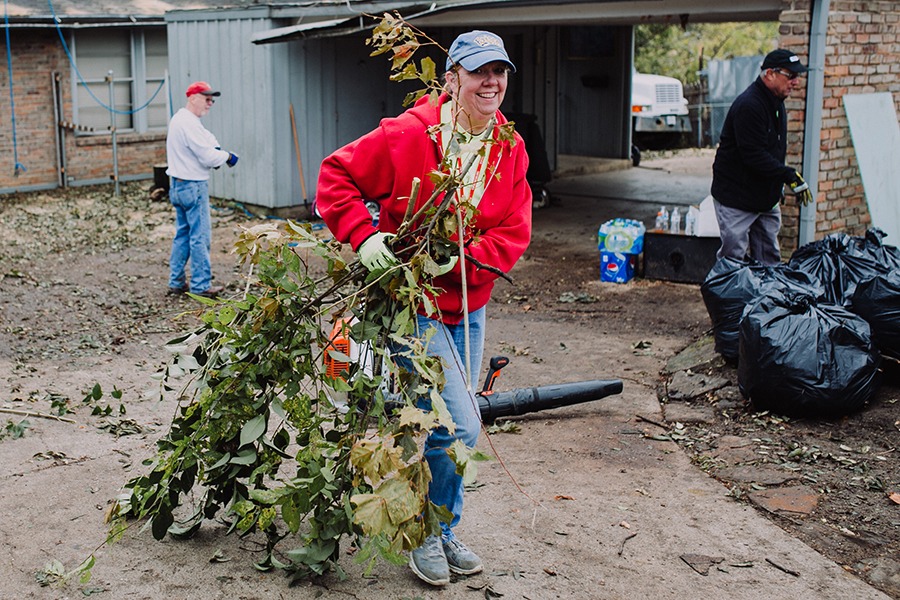 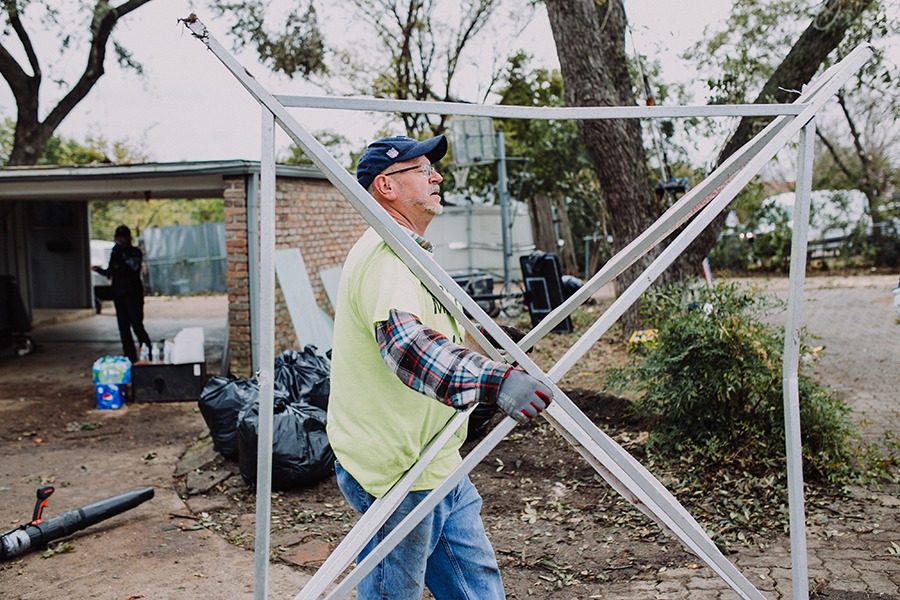 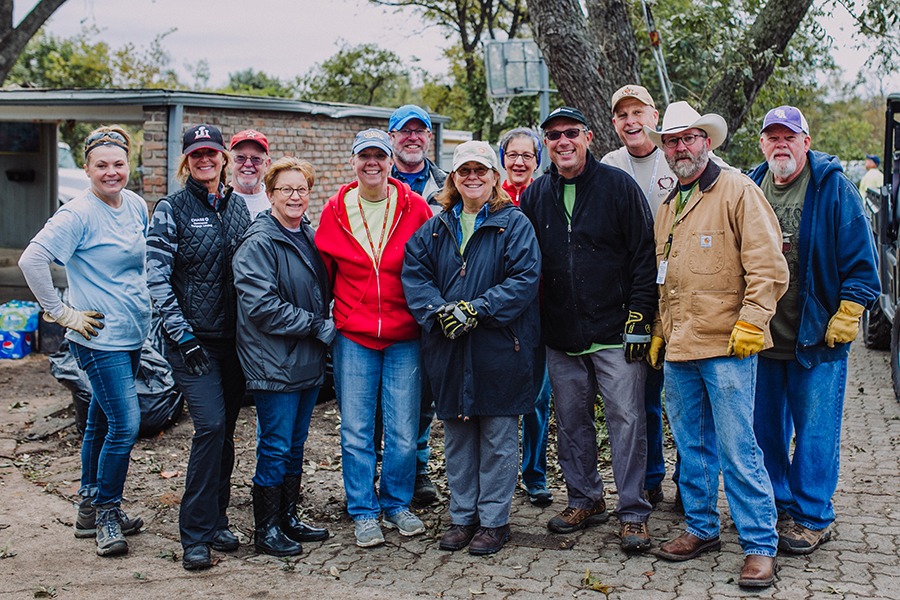 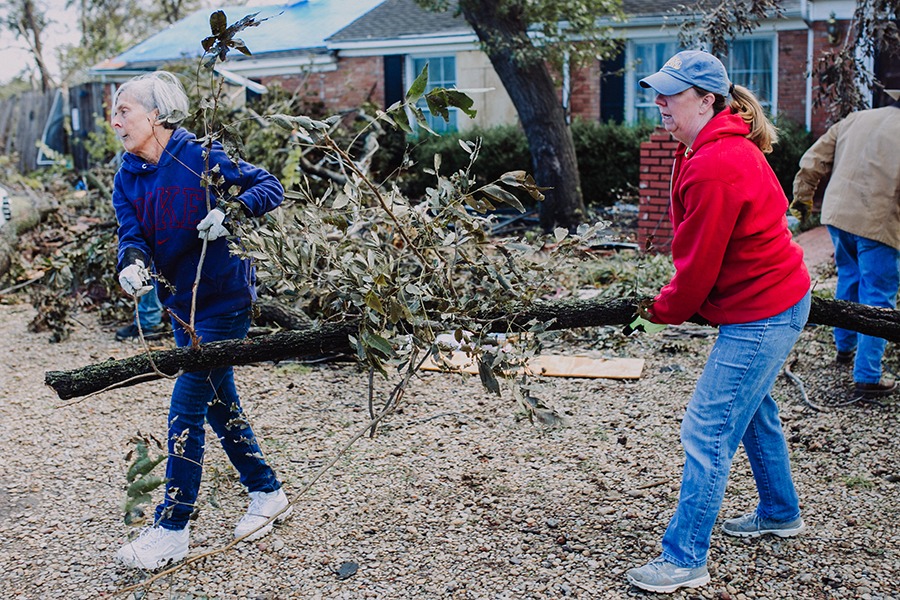 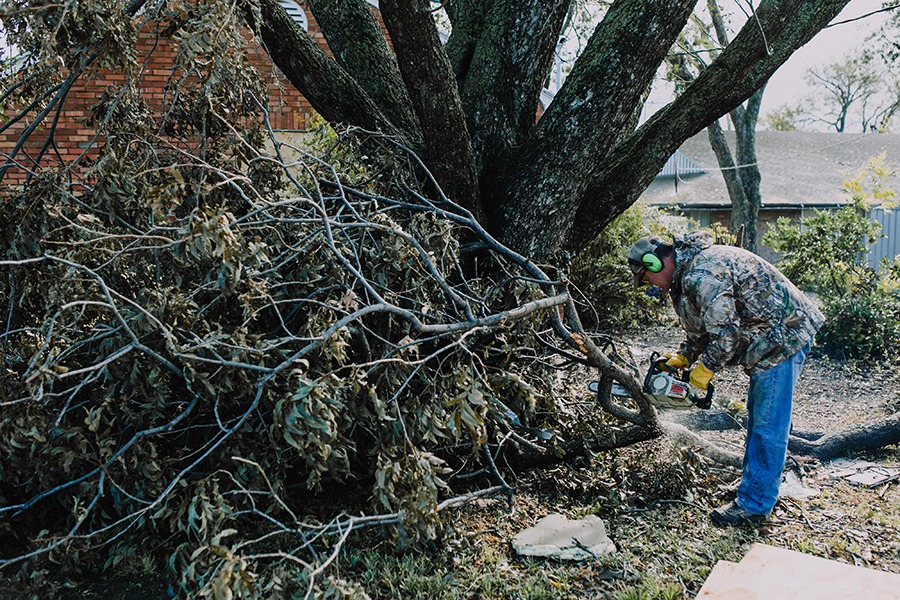 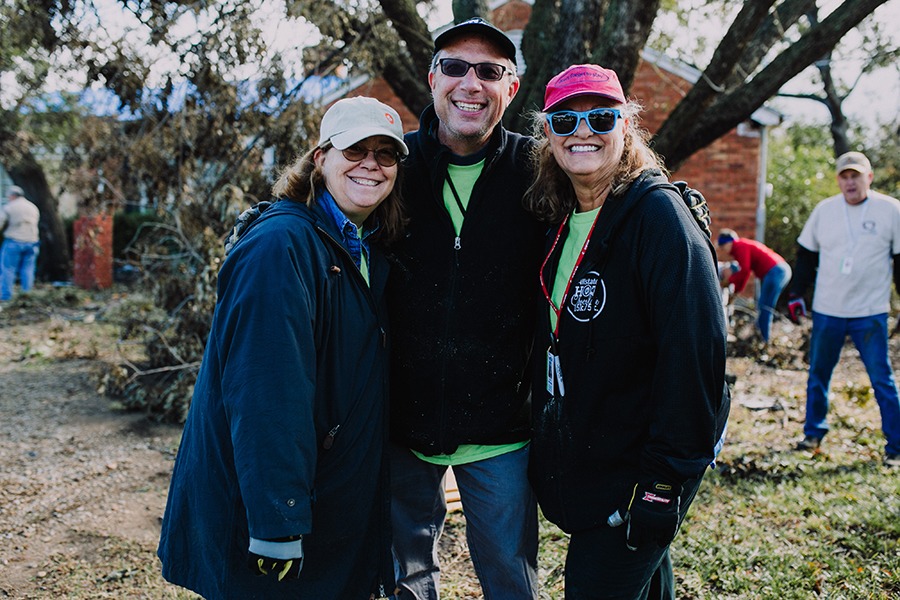 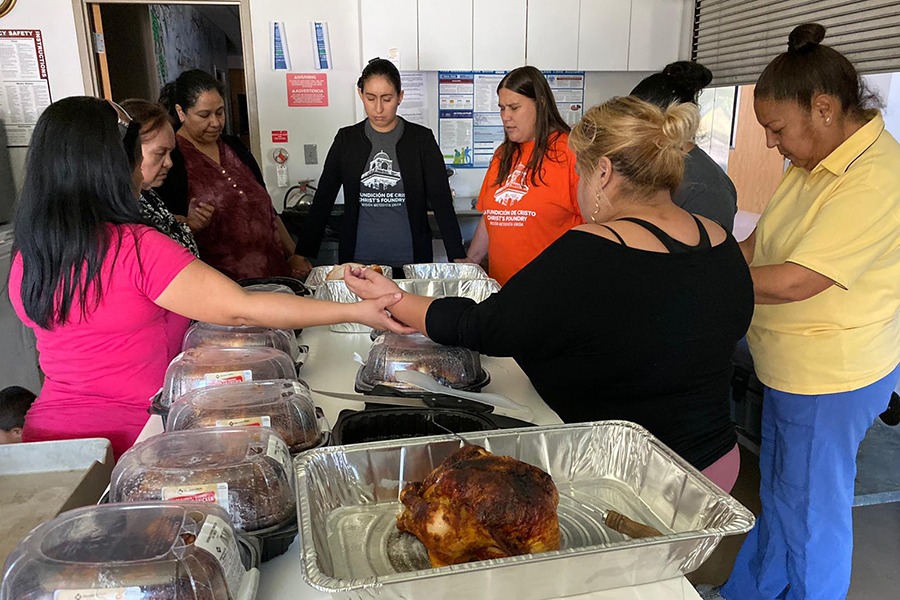 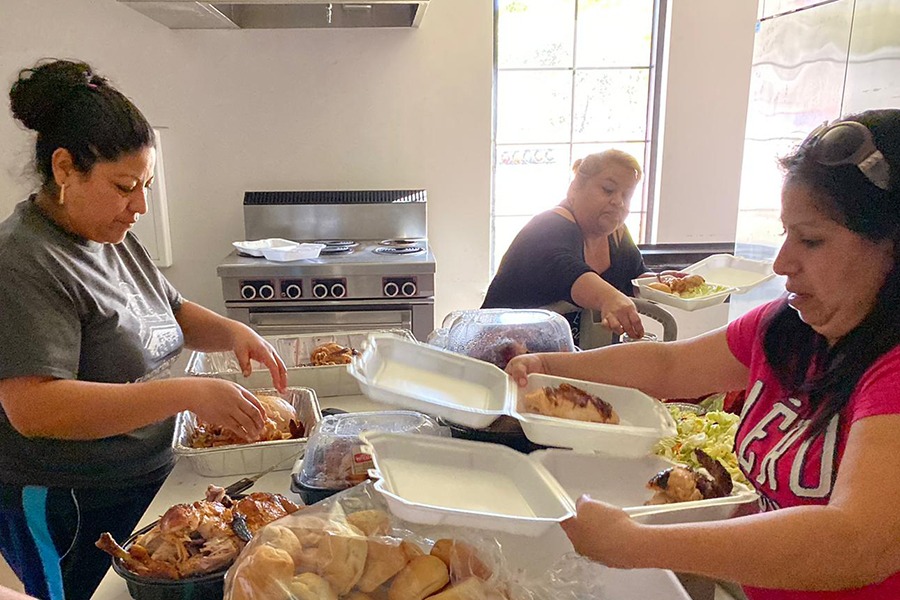 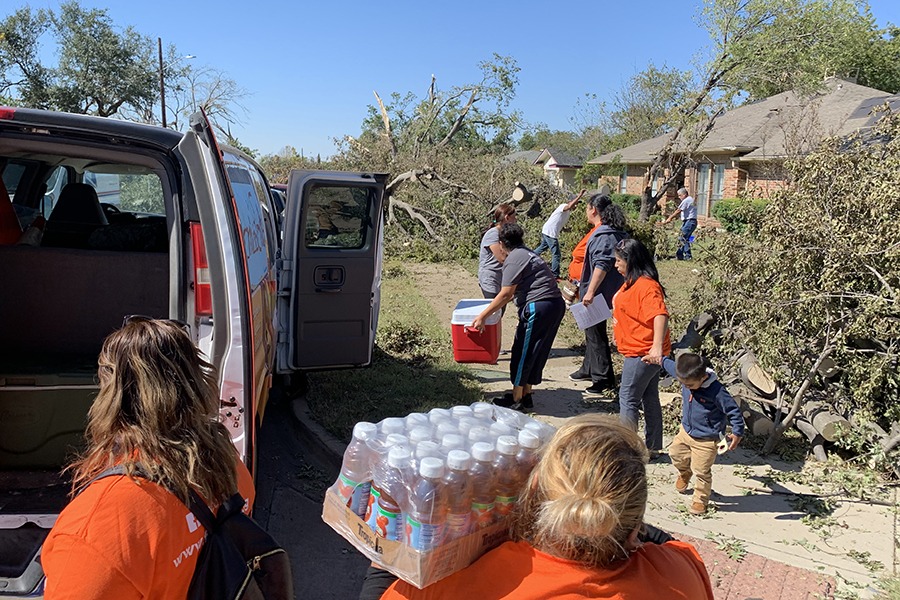 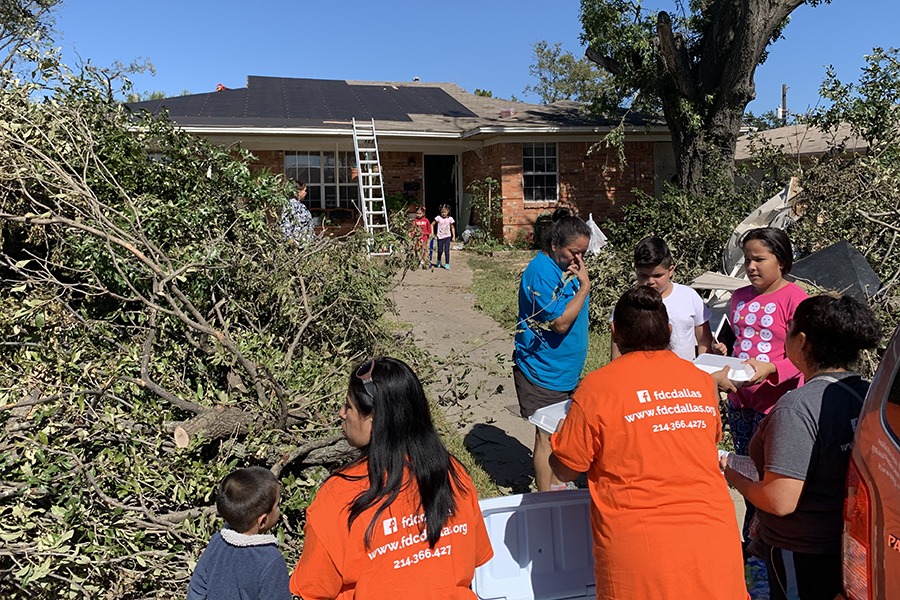 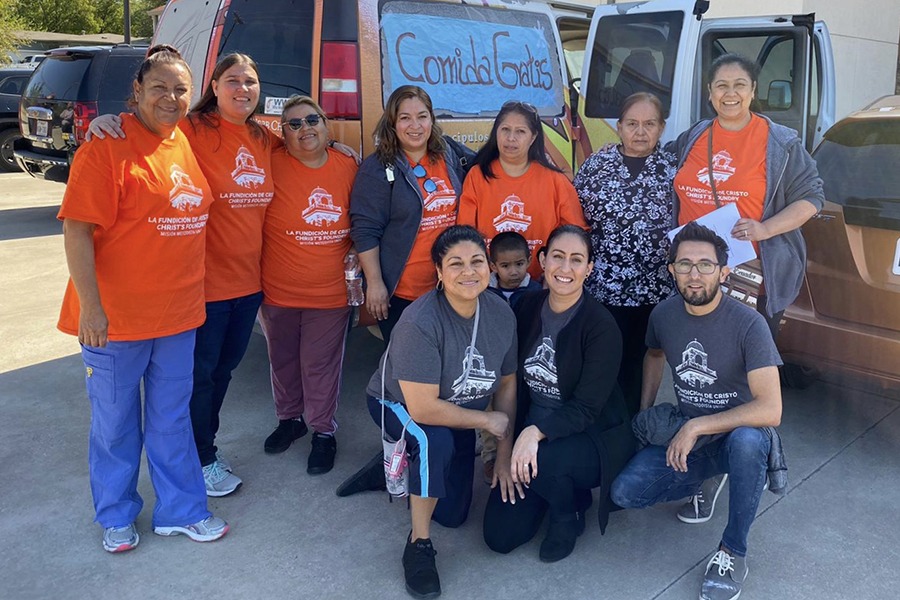 Pictures are from a cleanup event and members of Christ's Foundry UM Mission delivering food.

In October 2019, a massive storm blew through the Dallas area and generated 10 confirmed tornadoes including one EF-3. The tornadoes touched down in densely populated areas with winds reaching 140 mph, knocking out power to 150,000 electric customers and resulting in over $2 billion in damage. The areas around Christ's Foundry UM Mission, Walnut Hill UMC and Hamilton Park UMC were among the hardest hit.

Immediately, a group of Christ’s Foundry members – some of whom also were displaced by the storm – congregated at the church and got to work assembling and distributing meals. Each delivery included a time to connect with the families, to listen and to offer prayer. In the days that followed, members from Lovers Lane UMC and First UMC Dallas came alongside Christ’s Foundry to distribute hot lunches and dinners to those affected by the tornadoes. The first Saturday after the storm, 300 NTC volunteers including Early Response Teams from both the NTC and the Central Texas Conference mobilized for a cleanup day. Soon after, NTC disaster response efforts shifted from emergency relief to long-term recovery.