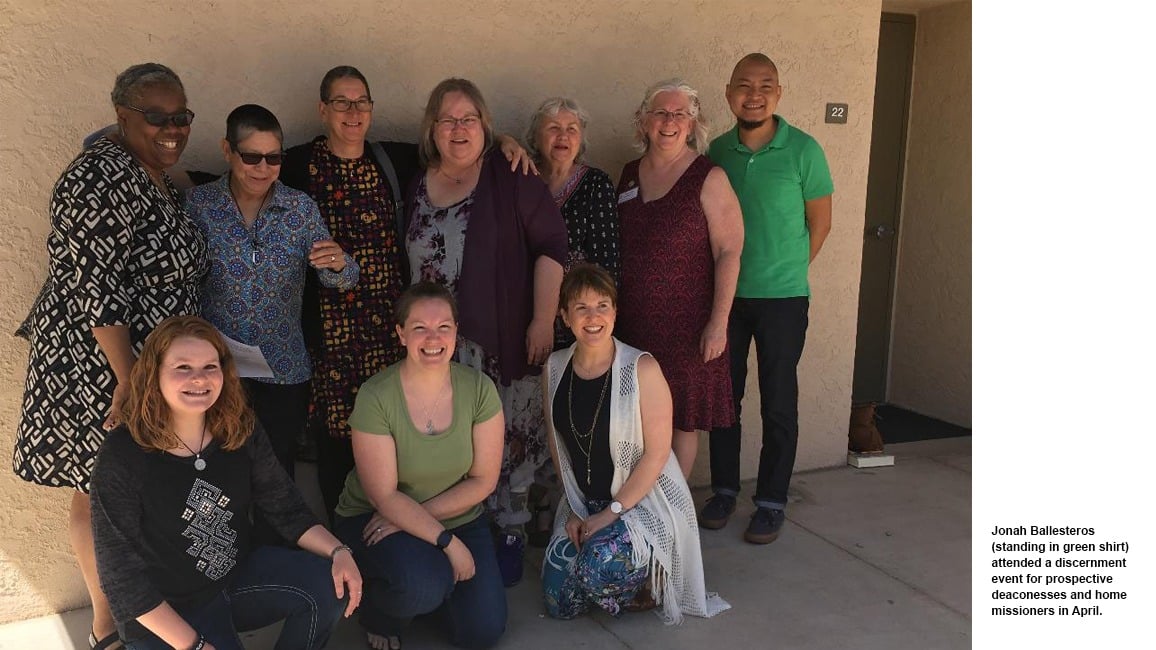 Ballesteros plans to become a home missioner, one of a handful in the U.S.

Jonah Ballesteros says he has uncovered “the best-kept secret” of The United Methodist Church and now plans to devote his life to it:

He is working to become a home missioner.

“I was discerning a call as a local pastor,” said the member of Faith UMC in Richardson and great-grandson of a United Methodist clergyman.

Then a minister suggested he look into the home missioner designation. Reading through "The Christian as Minister," which details the different opportunities for work within The United Methodist Church, he found the designation. 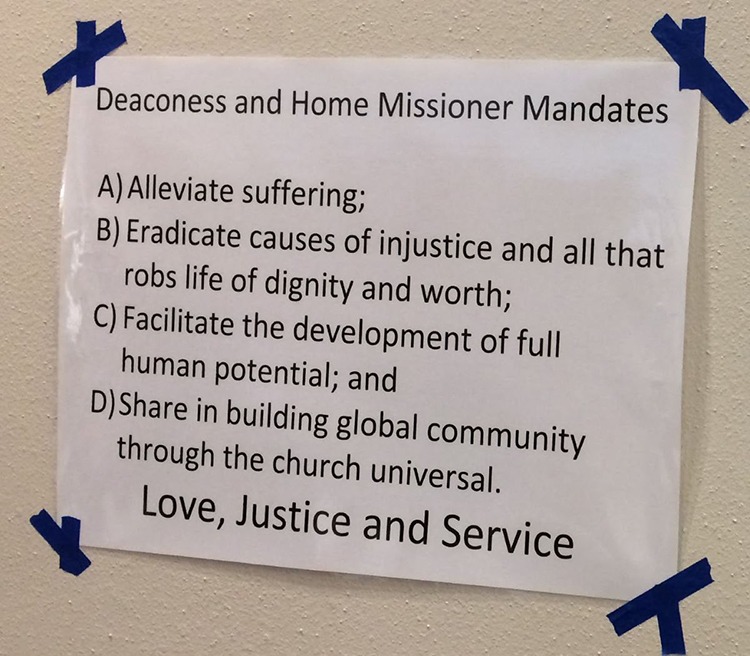 Home missioners are laymen who serve full time in a vocation involving ministries of love, service and social justice. They are the male counterparts to deaconesses and are “actually an order” under the United Methodist Women, Ballesteros said.

“I grew up in the Philippines, and a lot of women are deaconesses there,” he said.

But men serving as home missioners are few, with only 12 in the United States, he said.

They aren’t called deacons because that designation was already taken. And they are consecrated rather than ordained; the only other position that is consecrated is bishop.

Deaconess and home missioner are a fast track to ministry, requiring 60 hours of college versus a full degree for those seeking ordination, he said.

Ballesteros, a married father of two who has worked in youth ministry at Faith UMC for 1½years, said he explored ministry after finding fulfillment in teaching youth and helping them with discipleship. When he helped arrange for his church to sponsor children unable to pay for lunch at a nearby school, he realized “this is what I’m looking for. It’s about community, it’s about loving our neighbor.”

“Finally, God said, ‘You are feeding the tummy, but I’m calling you to feed the soul.’ I found not just the career but the calling,” said Ballesteros, 39, whose past pursuits include the culinary arts and recruiting physicians.

“Now with this, the home missioner, I’m looking at a bigger picture.”

He attended a deaconess and home missioner discernment event in April in Tucson, Ariz. He is now working to enroll in the St. Paul School of Theology in Asheville, N.C., to complete the program.

After that, the field is wide open. Among the paths he is considering are social justice as well as lifting up the impoverished.