Water to Flow at Sandbranch, Thanks to Methodist’s Effort 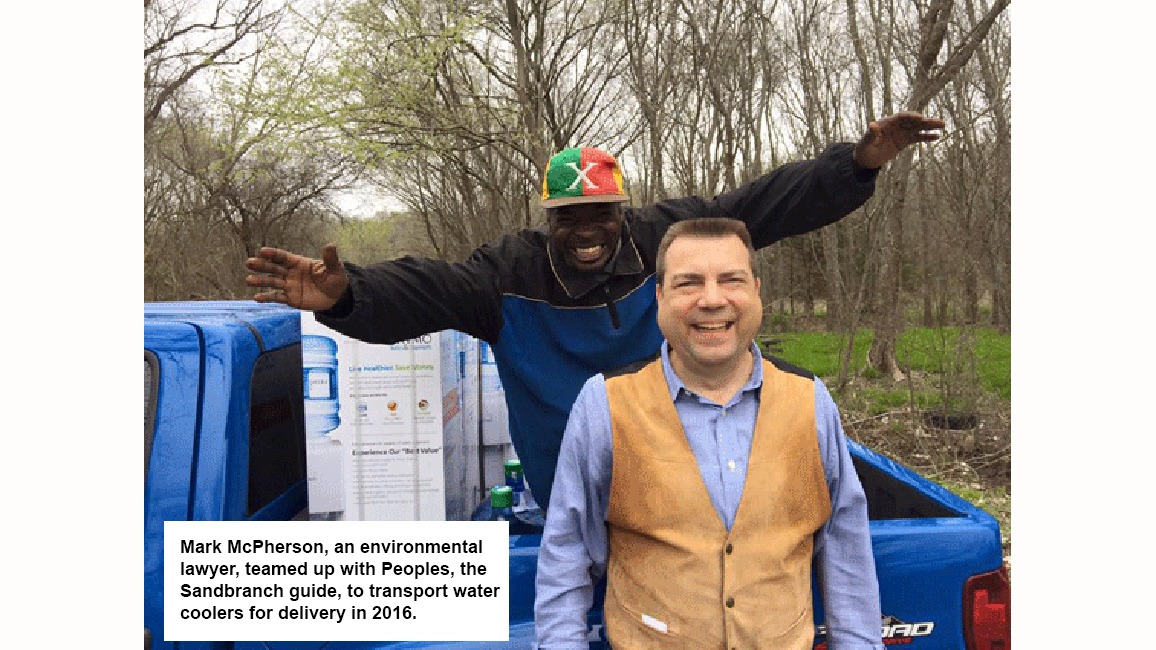 Lawyer Mark McPherson, an expert in Texas environmental law and a member of Christ United Methodist Church in Plano, has been working to help Sandbranch ever since the North Texas Conference Center for Missional Outreach got involved there in early 2016.

Since then, a diverse and enthusiastic group of citizens has organized. Together they’ve applied for and been awarded enough grant funding to pay for new water and wastewater systems to be installed at every Sandbranch home. McPherson estimates construction may begin as soon as August 2018.

“Sandbranch is really blowing and going,” McPherson said. “God is so much in this.”

Last October, McPherson and other Sandbranch activists were invited to present their vision and plans to the Federal Interagency Working Group on Environmental Justice (EJ IWG) at the Environmental Protection Agency building in Washington, D.C. Of the three groups invited to present, one of the others was from Flint, Mich., which was in a crisis over lead in its water supply.

“We kept our presentation mostly positive,” McPherson said. “Now people in all 50 states know about Sandbranch, too.”

Community organizing in Sandbranch was so successful that the Environmental Protection Agency wants to make the Sandbranch effort a national model.

“When we first got involved there, everyone kept saying it was a racial issue, but it’s not. It’s a poverty issue. I think the same thing would have happened to any group of people who were poor and had no voice. Those 370 acres have contaminated wells and nobody would do anything about it until last year, despite the residents’ earlier efforts,” he said.

McPherson has met with all the Dallas county commissioners one on one. Rather than pointing fingers, the Sandbranch activists have stayed humble about their requests. Sandbranch resident Mary Nash, who grew up there, told McPherson she believes the reason earlier attempts to get government-supplied water failed was because “it just wasn’t God’s time.” More has happened to advance the water issues in 12 months than in the last 50 years.

“One of the questions the EPA asked me was why we didn’t just file a lawsuit,” McPherson said. “That wasn’t our approach. We decided to use persuasion, credibility, and integrity to get what we wanted. Now we have a sophisticated team of experts ready to help with many of the issues we are uncovering in Sandbranch. There are more places like Sandbranch out there too — more than anyone knows about.”