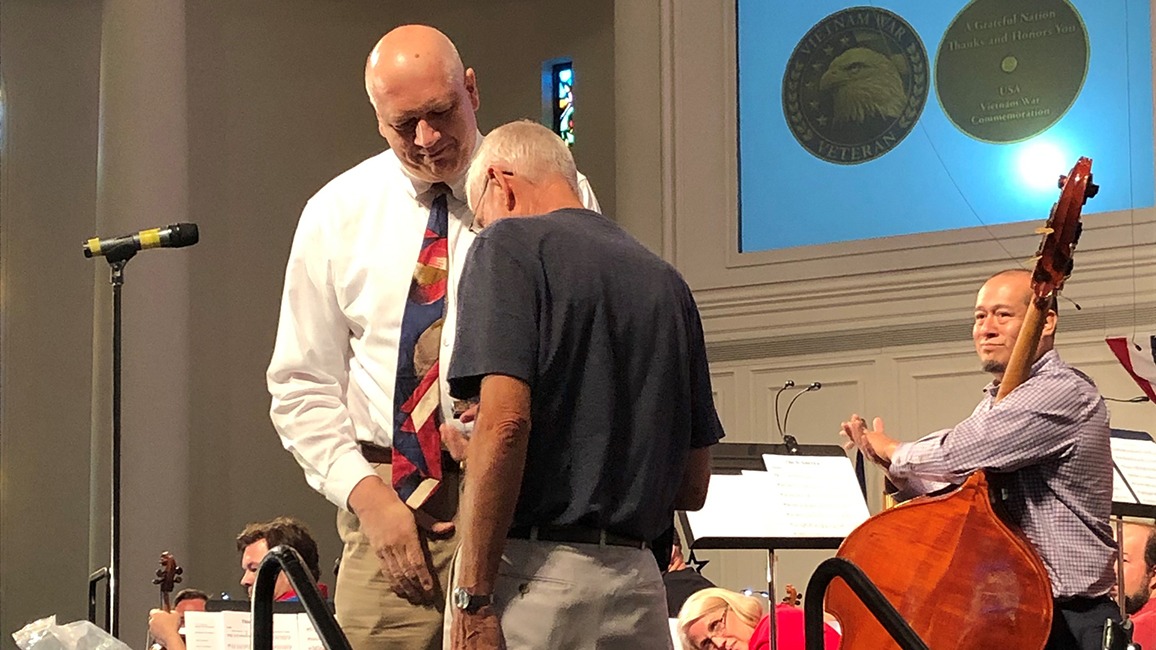 Rev. Jeffrey Pehl has honored many veterans, including these during an Independence Day event in 2019 at First UMC Plano.

Like many pastors who enter full-time ministry later in life, Rev. Jeffrey Pehl brings a wealth of non-clergy experience to his role at First UMC Iowa Park. Perhaps one of the most impactful roles he played in his career was his time as a certified public accountant working with the USA Vietnam War Commemoration.

In 2012, President Barack Obama launched a national 50th-anniversary commemoration with the primary goal of thanking and honoring Vietnam veterans and their families for their service on behalf of the nation.

“For me it was exciting because I got to take all of my secular experience as a CPA and a former government employee at the Department of Defense, and, as I was finishing my seminary degree, I got to be a part of this process of healing,” Rev. Pehl said.

Rev. Pehl witnessed many healing moments as he presented specially designed Vietnam War Commemoration lapel pins and offered a few simple words to those who had served. 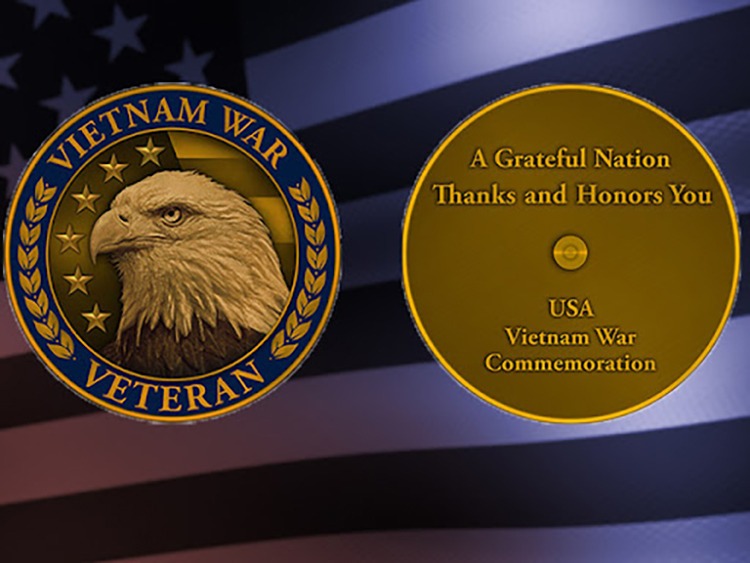 “We would have a habit of saying, ‘Thank you for what you’ve done for our country and welcome home.’ ” he said. “We heard so many stories of people who had never had anyone say, ‘Welcome home’ to them. I was stunned by that.”

As Rev. Pehl was describing the symbolism of the pin to one veteran he pointed out the inscription on the back, noting that the most important part of the pin would be closest to the veteran’s heart. “A grateful nation thanks and honors you,” it reads. This veteran told him stories about how he was yelled at and spat on when he returned home and how much this gesture means to him now.

Rev. Pehl reflected on the impact of hearing those words of gratitude.

“I was humbled because, especially as a ministry candidate, I got to witness instantaneous healing just because of a few words and a lapel pin,” he said. “I was grateful to be a part of that.”

Churches and community and civic organizations are encouraged to participate in the Vietnam War Commemoration by recognizing veterans in their communities. It is not necessary to wait until Nov. 11 — Veterans Day — or March 29 — Vietnam Veterans Day established by President Donald Trump.

Retired U.S. Army Col. Joe Ramos, who now serves as a senior outreach specialist with the Vietnam War Commemoration, speaks to the importance of recognizing these veterans’ service.

“I hope that every Vietnam veteran across the country, to include the hard-to-reach veterans, knows that there has been a deliberate 13-year effort to find, respect, thank and honor them and express a heartfelt ‘Welcome Home’ to a generation of warriors that laid out a roadmap on how the nation should coordinate, deploy and use its military members that contributed to the successes of follow-on wars and combat,” he said.

“Most importantly … that the American people recognize the difference of war policy makers from the warriors deployed in combat. You can disagree with the policy and still support our military members as recent deployments have shown – an everlasting learned lesson from Vietnam.”

The Vietnam War Commemoration runs until Veterans Day 2025 and the goal is to honor as many Vietnam veterans as possible. The Commemoration celebrates all individuals who served in active duty from Nov. 1, 1955 to May 15, 1975, regardless of location. To date, 3.1 million veterans have been thanked and given a lapel pin, through 22,000 ceremonies and with the engagement of 12,000 commemorative partners.

If you would like to learn more or receive a packet to honor the Vietnam veterans in your community, email Rev. Jeffrey Pehl.