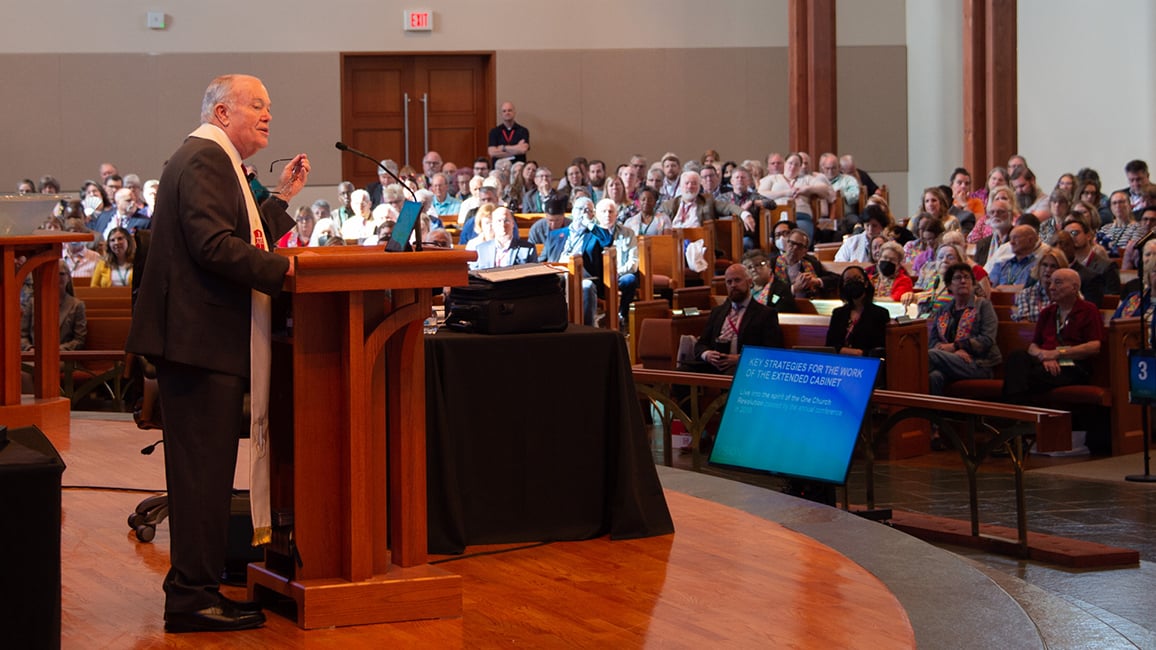 Bishop McKee: 'Prayers and thoughts have become work avoidance for Christians in our country. ... It’s time for us to act ...'

His remarks came just one day after mass shootings in nine U.S. cities – including Philadelphia, Chattanooga and Phoenix – killed 17 and injured 62.

“I was going to have a list of the mass shootings that have happened in the last two weeks, but frankly, one is one too many,” McKee said before the body of United Methodist clergy and lay members. “Our government has been silent and chosen to do not one thing. And when somebody’s automatic weapon is more important to them than the life of a human being, that is wrong.”

In the weeks following the Robb Elementary School shooting in Uvalde, elected officials and public figures have offered their prayers. Bishop McKee called on the church to do more.

“Prayers and thoughts have become work avoidance for Christians in our country,” he said. “Continue to pray for those who have died and those affected by this, but it’s time for us to act and to say ‘we believe that this has gone on long enough.’ ”

The laity resolution reads in part: “as the lay members of the North Texas Conference, we re-commit to our baptismal vows to resist the evil of resignation and work within our churches to educate and end the evil of gun violence.”

The clergy resolution “implore[s] local congregations to study and discuss the problem of hate crimes together as a community,” and calls on the Conference’s Journey Toward Racial Justice coordinating team to equip clergy and laity with tools and resources to speak to the rise of hate crimes.

Read the full resolutions from laity session and clergy session.