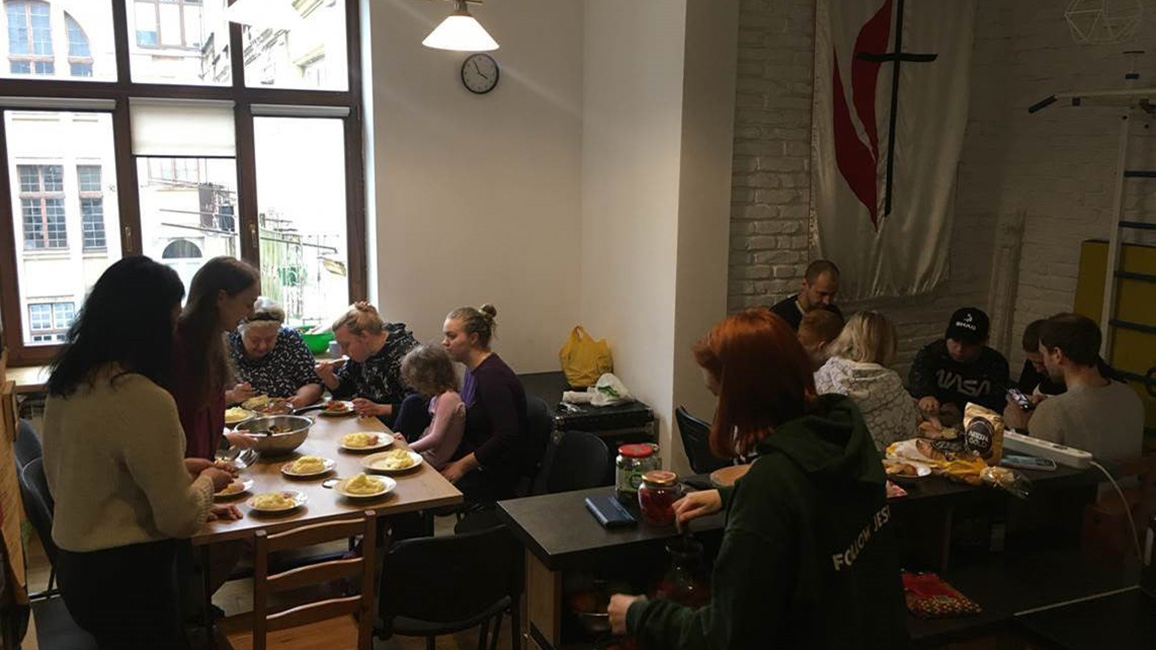 A shelter in Kyiv, Ukraine.

Four churches. Two states. One war-torn country half a world away. This is the story of our United Methodist connection at work, as churches in the North Texas and North Georgia Annual Conferences join together to support Methodist pastors and their communities in Ukraine.

On Dec. 5, Rev. Dr. Stan Copeland, senior pastor of Lovers Lane United Methodist Church in Dallas, put forth a challenge to his congregation. The goal was to raise $15,000 to be matched by the Lovers Lane Foundation, for a total of $30,000. These funds will support six churches in western Ukraine that have been in partnership with three other United Methodist congregations in the US: Mount Pisgah UMC, Peachtree Road UMC and Simpsonwood UMC, all in the Atlanta area. Within two weeks, Lovers Lane UMC’s goal had been met and donations continued to pour in.

“Our missional outreach is one of the things I love about the United Methodist Church,” Rev. Dr. Copeland said in a letter to the congregation. “Our constant others-orientation is what we do through our Board of Global Ministries and United Methodist Committee on Relief. The UMC does more global outreach and emergency care than any other Protestant denomination.” 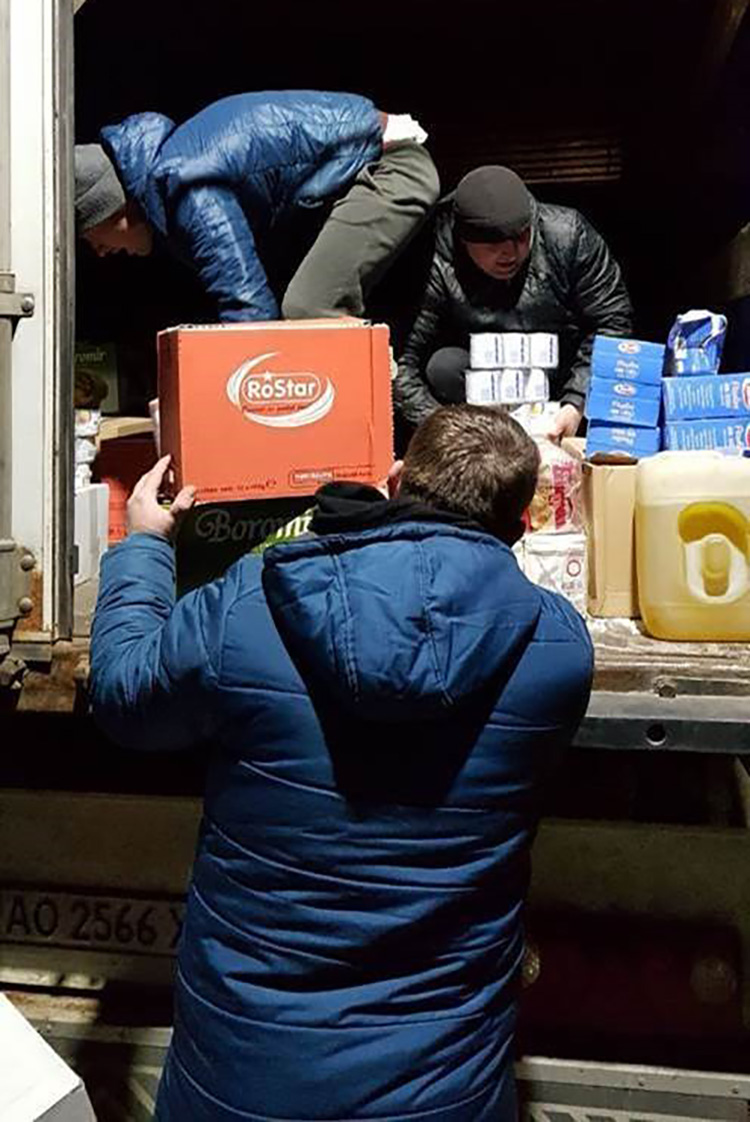 Through missional apportionments and other specific gifts, United Methodists from across the Connection have raised more than $30 million for Ukraine since the war began. The three Atlanta churches have raised almost $140,000 and are regularly sending funds to meet the greatest needs of the moment.

“It started within 30 days of the war starting,” explained Mount Pisgah UMC Missions Pastor Michael Jordan. “We had met a lot of the Ukrainian pastors in Moscow several years ago when we were doing discipleship training, so we already had a relationship with some of them.”

At the outset, Mount Pisgah made the decision to focus efforts on the needs in Ukraine. “The flood of people seeking shelter was so fast, so we reached out to the pastors we knew and asked how we could get money into their hands as quickly as possible,” Pastor Jordan said.

Those early funds were used to buy food and cots as the pastors established shelters in their churches and other areas in Western Ukraine, taking in refugees fleeing the war in their hometowns. Peachtree Road and Simpsonwood heard about the efforts and joined in. The North Georgia churches did not specify how the Ukrainians should use the money, other than not contributing to any war efforts.

The District Superintendent in Ukraine, Rev. Oleg Stroduvets and his wife Rev. Yulia Stroduvets, are coordinating the effort and disbursing funds among the six churches. They have set up a shelter along the Romania border and have been using funds to transport people there. When there was a shortage of supplies, Mount Pisgah UMC reached out to the District Superintendent who oversees the churches in Romania and Hungary to learn how they could help. With the Georgia churches’ contributions, Methodists in Romania began buying food and supplies and driving them across the border into Ukraine.

“We were sending $3,000 to $4,000 per week for supplies, and they were driving them in,” Rev. Jordan said. “They were in constant contact with the pastors there, asking ‘What do you need?’ It’s not that it surprised us, but it was inspiring to see how they worked together.”

Now the greatest need that has emerged is heating for homes and refugee centers – 80% of people in Kyiv are without water and electricity.

When asked how we can pray for them, the pastors always ask for prayers for peace and for strength to keep going.

“We may never meet in person, these whom we are assisting, but they will know we have put our prayers into tangible action through our extra blessing generosity,” Rev. Dr. Copeland said.

This Christmas, as we sing “Silent Night” and lift our candles in dimly lit churches throughout this country, we hear God’s invitation to be in solidarity with those who are without power or access to water in Ukraine and beyond. Indeed, those who walk in darkness have seen a great light (Isaiah 9:2), and we celebrate the ways God shines light through the generosity of God’s people this Christmas.

The team in Cluj, Romania, was looking for a “good van” to replace the passenger van that broke down and was no longer capable of making supply runs to Ukraine. They received enough money, but rather than buy a van for themselves, they bought a van and took it to Ukraine and gave it to Pastor Oleg for transporting refugees and supplies.

The Romanian Team received another $9,000 to buy a van for themselves. However, they went out and purchased a refrigerated van for $12,500, so they could drive food and medical supplies deeper into Ukraine.

With the grant that they received from UMCOR, they hired a Ukrainian driver, a psychologist to help those refugees severely affected by the war and an Ukrainian lady, a refugee herself, to serve at the hotel where the refugees are being housed.