Two Grads are Stories of Perseverance

Both “firsts” with diplomas in families, one overcomes reading difficulties and injury, the other finds life work in advocacy

This graduation season is one of firsts and triumphs over struggle for two young men who spent formative years in Wesley-Rankin Community Center youth programs. 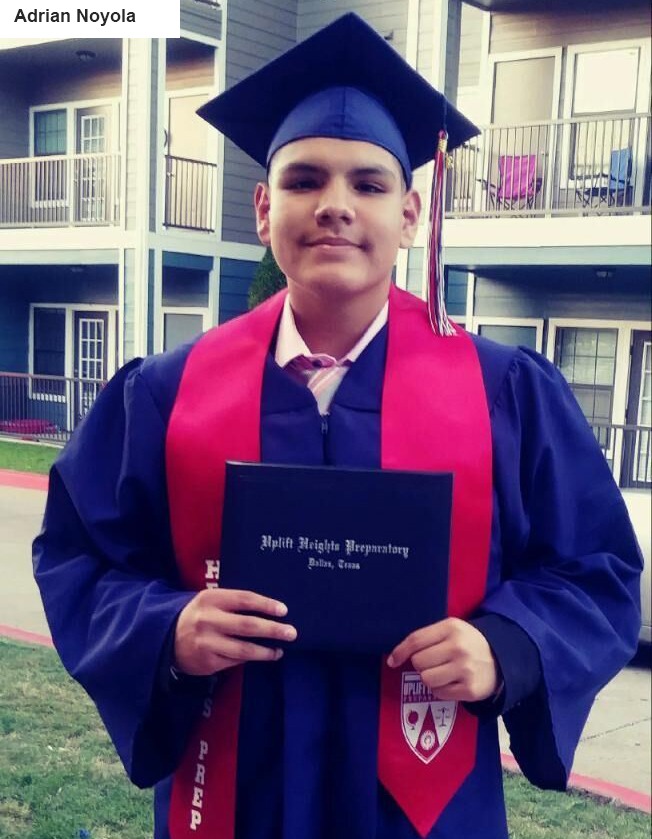 Noyola is on his way to the University of North Texas, where he will take courses toward becoming a physical therapist and will minor in military science. Juarez earned his bachelor’s in social work from Texas Woman’s University and is aiming toward a career in public policy.

But there is much more to their stories.

“When I was younger, my dad opted out,” leaving his mom, a young immigrant from Mexico, to raise him, Noyola said.

He found male role models in a cousin and later the father of his four siblings, who range in age from 1 to 12.

“When I was younger, I was smart, but I would always struggle in school,” Noyola said.

“I couldn’t pass; I couldn’t read. I remember my mom crying,” he said.

In sixth grade, Noyola’s mom switched him to Uplift Heights, a charter school that goes through 12th grade. There, the teachers required students to read 30 minutes at home every day “and that’s when I started reading to level,” he said.

He threw himself into school athletics, the student council and the science bowl while also working fast-food jobs. But his high school years brought new struggles.

While playing baseball in 10th grade, he broke his ankle, and the next year had another surgery to remove “hardware” touching his nerves. In all, Noyola lost about a quarter and a half of school, but he persevered. 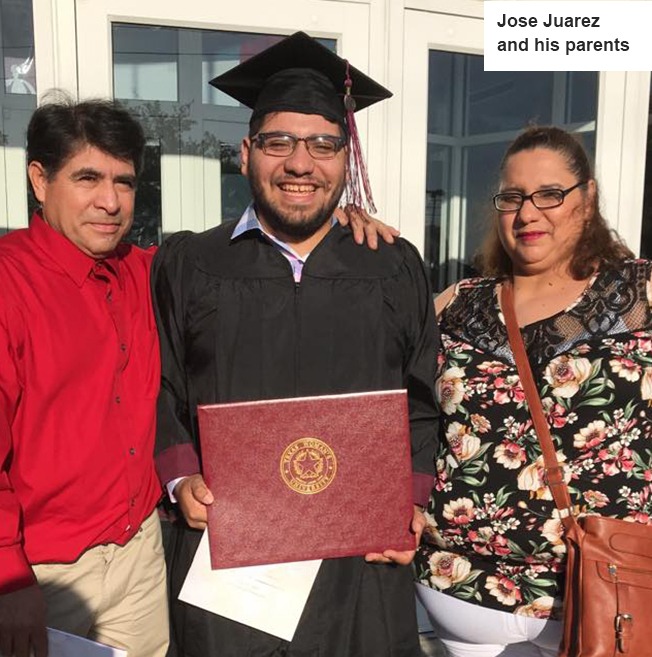 And he saw the bright side of that tough break. While going to physical therapy, he watched a girl with a spinal injury progress from being unable to walk to taking steps. “I want to be a part of their change to get them better,” he said. And he is considering going into the Army when done with college.

He’s put together $15,000 in grants, and Shellie Ross, the Wesley-Rankin director, has helped find donors for his education.

Wesley-Rankin scholarships also helped Juarez, who found himself juggling finances, classes and up to three jobs at a time at Texas Woman’s University.

“Being a first-generation college student, I didn’t have a road map set out for me,” he said. But, like Noyola, he sees the positive: His hard schedule “kept me focused on the task at hand.”

Juarez, 22, is interning as a caseworker with CitySquare, which works primarily with the homeless. But he dreams of shaping public policy, his fire stoked by personal experiences.

For one, he helped his parents, immigrants from Mexico, through the process of gaining their permanent residency. His father works in fireproofing and roofing; his mother is a caregiver for the elderly.

The family of seven also was among those evicted from their West Dallas homes when the landlord, in a battle with the City of Dallas, decided to sell the properties instead of bringing them up to code.

“We had to leave our house that we’d been living in for 15 years,” he said. They moved to Oak Cliff, where the higher rent payment is straining the family budget, Juarez said.

Once his internship is over, Juarez would like to gain experience in public-policy writing and advocacy, with hopes of ultimately getting a master’s degree.