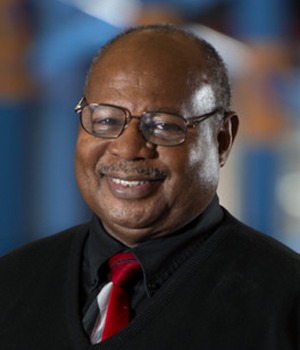 As 99.2% of the church, lay members are vital to The United Methodist future, he says

The future of The United Methodist Church lies with the laity, Dr. Herman Totten is convinced.

“We are 99.2 percent of the church,” said Dr. Totten, new president of the Association of Lay Conference Directors of Lay Servant Ministries.

His agenda: To forge a closer relationship between conference-level lay servant ministers and lay leaders “to put forth the totality” of the laity’s importance within the denomination. “This would energize the church” and inspire growth, he said.

He traces the laity’s role in the Methodist church to the circuit-rider days. Back then, with preachers traveling to a church about once a quarter, the responsibility of running the church depended on congregation members, he said. Still, there were certain rites the laity could not perform, including communion, baptism and marriages.

Over time, clergy took over the direction of churches, and lay members have largely taken a back seat.

“Most of the churches are not laity-driven because laity are docile,” Dr. Totten said.

He and the full slate of nominees to lead the association were elected without opposition, which he takes as a mandate for his agenda. Dr. Totten, head of lay servant ministries for the North Texas Conference for 2016-2020, is leading the national group in a two-year term that also ends in 2020.

Dr. Totten, a founding member of Trinity UMC in Denton, said he is “very lucky” to have the support of North Texas Conference Bishop Michael McKee in his efforts.

So what is the difference between lay servant ministers and lay leaders?

Early on, lay servant ministers were called exhorters, lay preachers who filled in for absent pastors. In 1956, “lay speaker” replaced the term exhorter, then was changed to “lay servant” in 2012. There are lay servants, lay speakers and lay ministers, each receiving training and certification for extra responsibilities within the church and denomination.

Lay leaders, on the other hand, function “as the primary representative and role model of Christian discipleship and faith lived out in the church and in daily life. The lay leader works with the pastor to fulfill the mission and vision of the congregation,” according to the denomination’s Discipleship Ministries page.