The NTC Will Host An Ecumenical Worship Service On Jan. 19 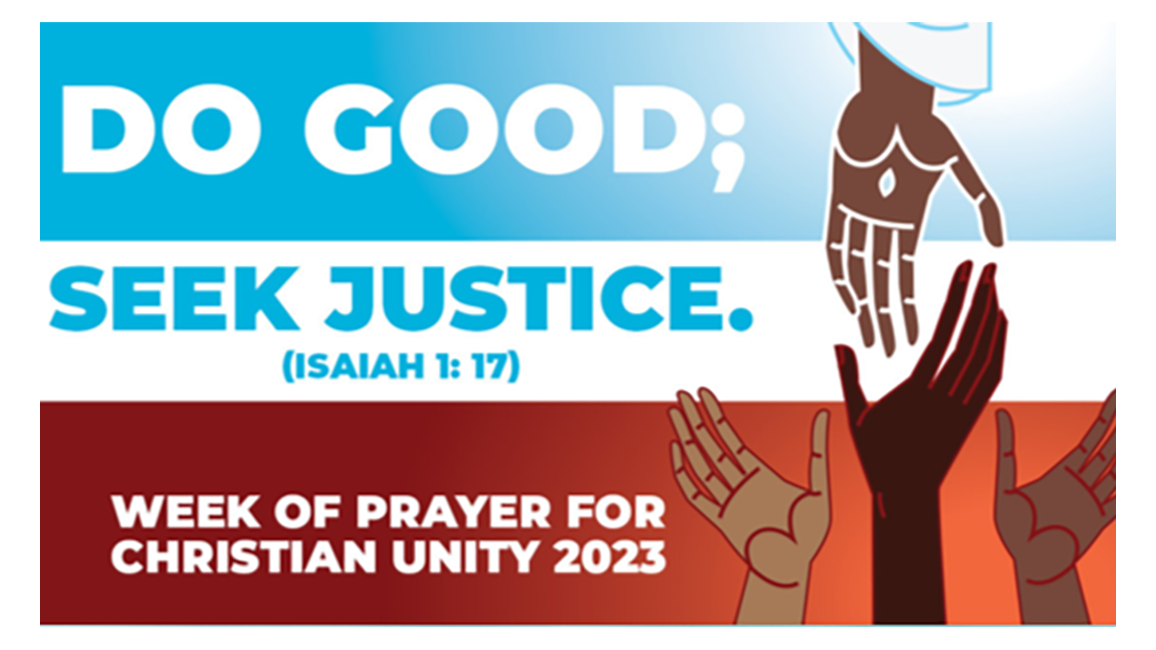 The Week of Prayer for Christian Unity is Jan. 18-25 with the theme “Do good; seek justice” from Isaiah 1:17

The Week of Prayer for Christian Unity (Jan. 18-25) has been observed for more than 100 years, during which Christians around the world have prayed for visible Christian unity, striving to move toward the fulfillment of Jesus' prayer at the Last Supper "that they all may be one" (John 17:21).

The theme for 2023 comes from Isaiah 1:17 – “Do good; seek justice.” The entire scriptural passage for the theme is Isaiah 1:12-18, which laments a lack of justice among the people of God and calls for God’s people to “learn to do good.”

The 2023 theme was developed with the assistance of a group of Christians in Minnesota, convened by the Minnesota Council of Churches. Minneapolis became a flashpoint for calls for racial justice and equity following the murder of George Floyd.

Like the religious people so fiercely denounced by the biblical prophets, some Christian believers have been or continue to be complicit in supporting or perpetuating prejudice and oppression and fostering division. History shows that, rather than recognizing the dignity of every human being made in the image of God, Christians have too often involved themselves in structures of sin such as slavery, colonization, segregation and apartheid, which have stripped others of their dignity. Even within our churches, Christians have failed to recognize the dignity of all the baptized and have belittled the dignity of their siblings in Christ.

Isaiah challenged God’s people in his day to learn to do good together, to seek justice together, to rescue the oppressed together, to defend the orphan and plead for the widow together. The prophet’s challenge applies equally to us today.

The North Texas Conference will host an Ecumenical Worship Service at 7 p.m. on Jan. 19 at Custer Road UMC. The NTC will gather with its Lutheran, Presbyterian, Episcopalian and Catholic siblings to worship God together.