The Diamonds: What Went Right in Mentoring Girls 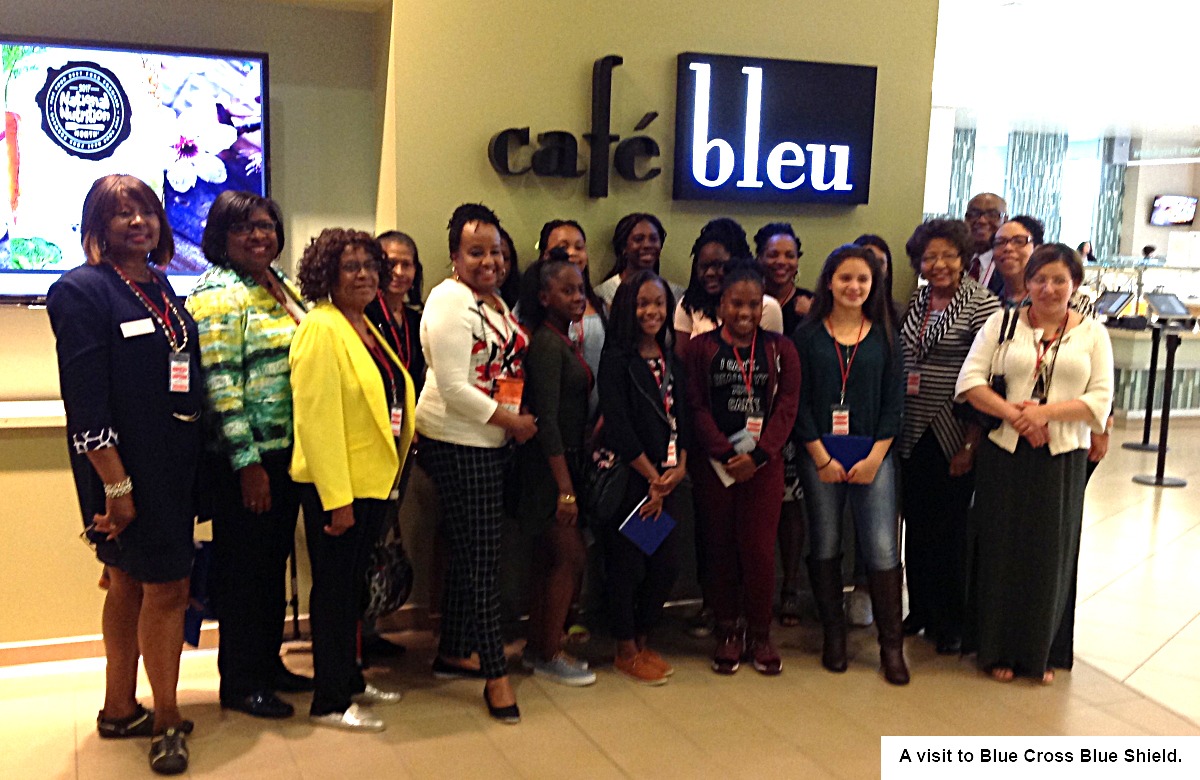 Self-image needs a boost as much as academics, Hamilton Park women find

Hamilton Park UMC’s United Methodist Women group is going back to elementary school after some multi-faceted lessons last year on polishing diamonds in the rough.

In September 2016, four UMW members from the church began a mentoring program at the Hamilton Park Pacesetters Magnet Elementary School, just a couple of blocks from the North Dallas church.

This Richardson ISD school, with a mostly African-American and Hispanic student body, lies in the shadow of the High Five, where LBJ Freeway and North Central Expressway intersect. 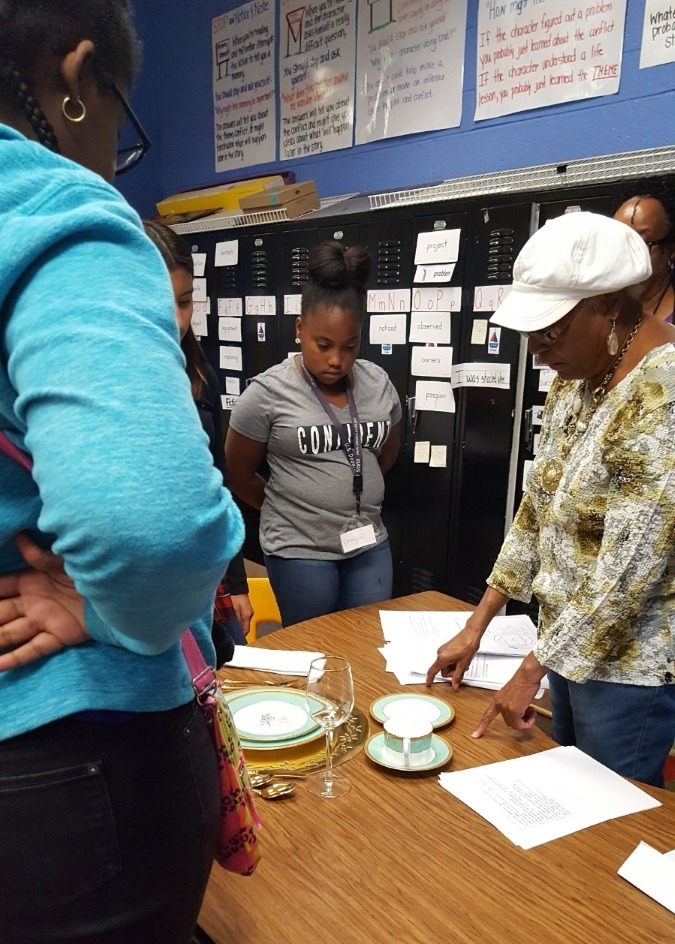 The year before, the school’s community liaison had asked Hamilton Park for help tutoring at-risk students. Three women from the church helped form a co-ed group of fifth- and sixth-graders, but it was soon evident that the girls were too distracted by the boys. Tutors Jackie Ford, Helen Bell and Dorothy Lewis saw the girls needed some social skills, grooming tips and help to improve their self-esteem. So the women focused on self-improvement instead of tutoring.

Sixteen girls signed up for the program, and 13 showed up the first week. When the girls saw that it would not be all fun and games, two more dropped out. Then two others transferred to different schools.

But the remaining nine attended consistently, paid attention and participated in the group. Next came a name. The women were thinking of something like the Pacesetters Mentoring Program for Girls, but the girls chose Diamonds because “we shine like diamonds!”

During the weekly 45-minute sessions, the women focused on instilling the values from the school’s character words and exposing the girls to educational opportunities beyond the classroom. The sessions included activities like making vision boards to display their goals.

A $600 donation from the Blue Cross Blue Shield of Texas’ Community Relations Department funded special projects including participating in a mock vote in November, when citizenship was discussed; learning to properly set a table and eat with the right utensils; and making silk flower bouquets for their mothers and guardians on Valentine’s Day. 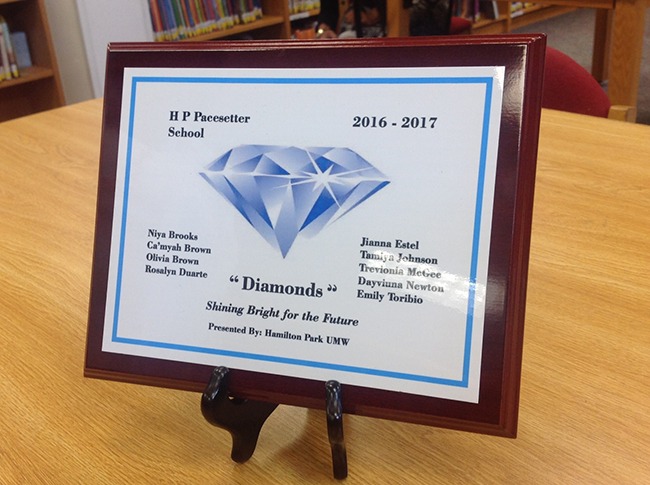 The women also took the girls on field trips. They saw the movie Hidden Figures, which features three African-American female mathematicians who helped put the first American astronaut into space. They also watched a performance of The Jungle Book by Plano Children’s Ballet, and they visited Blue Cross’ regional headquarters in Richardson to learn what a typical workday is like.

By the second month of the program, Karen Travit, the community liaison from Blue Cross, joined the sessions and even invited some members of her Continental Society club to present information on “The Journey to a Career.”

On May 16, 2017, after nine months of working with the Diamonds, the UMW group was sad to see the girls leave. Eight of the girls are moving on to middle school. The women held a goodbye event and recognized the girls for perfect attendance and participation. The women also presented the school with a plaque to show their appreciation.

The women of Hamilton Park’s UMW group did not know what to expect when they volunteered to help girls through this local mission project. The nine months the women spent nurturing the girls were filled with challenge, excitement and fulfillment. Now the women see bright futures for the Diamonds.

Members of Hamilton Park’s United Methodist Women were heartened by the Diamonds’ answers to this question: "The most valuable thing I learned from the Diamonds mentoring sessions was ..."