Thanking a Bishop for a Family Story Almost Lost 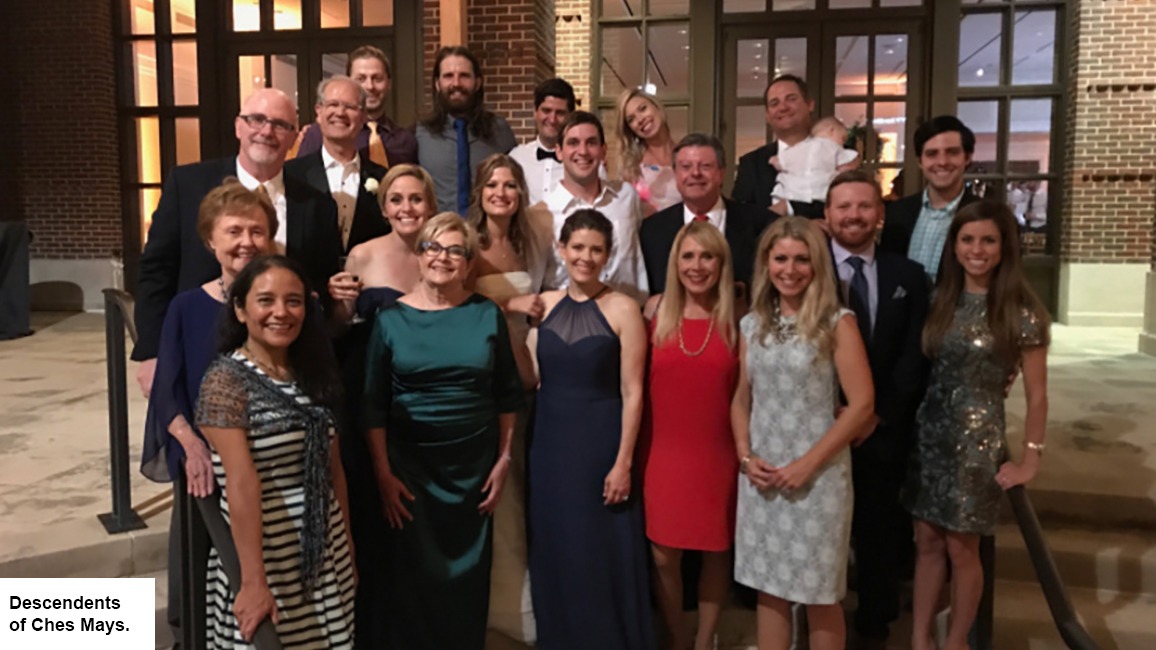 The Rev. Eric Folkerth wrote this blog in wheneftalks.com just after the death of Bishop John Wesley Hardt six weeks ago. It has been edited for brevity and clarity.

John Wesley Hardt, who was bishop emeritus at Perkins School of Theology, died hours ago.

If you are a Methodist in Texas, it’s likely you have a John Wesley Hardt story. I also have one, and I’ll bet mine is among the most amazing.

What’s even more amazing is that I was literally talking about him last night, thinking about him for the first time in years and telling this same story I am about to tell you.

In fall 1989, I was returning to Perkins for my final year after time away for an internship. Bishop Hardt was now emeritus bishop there. I was a new United Methodist deacon, having been ordained just months before.

Mom pulled me aside late that summer and had said, “Eric, when you get back to Perkins, you have to be sure and introduce yourself to Bishop John Wesley Hardt. He was the pastor in Atlanta in the mid-1950s when I was a girl.”

I quietly rolled my eyes.

Two thoughts ran through my brain.

First, there was no way that Bishop Hardt would remember Mom or have any idea who I was 35 years after he was pastor in her tiny Texas hometown.

I knew how this would go down. He’d look at me blankly or with that polite Methodist pastor look where we pretend to recognize somebody. Then I would fumble through making the tenuous connection to our Mays family in Atlanta, Texas — embarrassing.

The second thought: This is just like my mother. Mom has this theory that Atlanta, or East Texas more broadly, is some kind of cosmic vortex. Give Mom a few minutes, and she can make an East Texas connection between you and her.

But what was the chance that Bishop Hardt remembered a thing about our family? Mom saw my eyeroll. She pushed back.

“No, you must say hello to him. He will remember you. He remembers all of us. Just tell him that you’re Patsy Mays’ son.”

Patsy Mays is Mom’s maiden name, a first and last name only used when talking about Atlanta.

How Did He Do That?

A few days later at registration, I spied Bishop Hardt across the room. Quite reluctantly, and only because I knew Mom would ask, I went up to him.

“Bishop Hardt, you don’t know me, but I’m Eric Folkerth. My mother was Patsy Mays from Atlanta, Texas.” Then I added, as my excuse: “She told me to introduce myself to you.”

“Eric!” His eyes lit up. “I know you. And I know your mother. You have two sisters. And your aunt’s name is Sandra, right?”

“And she lives here in Dallas with her three girls?”

I was stunned. He wasn’t done.

“And I know that your grandfather, Sam Mays, died some years ago …”

“But your Great-uncle Tom is still alive in Atlanta.”

Before he was finished, Bishop Hardt had not only correctly identified the names and ages of about 15 Mays relatives, but he also knew precisely where they lived and what they were up to.

I walked away feeling like the woman at the well who told her friends that Jesus had revealed everything she’d ever done.

Over the years, Bishop Hardt would tell me many stories about Atlanta. He would visit us at Northaven UMC for worship now and then. He seemed proud of what we were doing there and that I had become a United Methodist minister.

This was because John Wesley Hardt knew the whole story. The whole story of how I ever became a United Methodist minister. As I said, like the woman at the well …

Sometime later, we made a date to get together, and he told me more stories of Atlanta and details of the Mays family. He remembered the Mays Supercash Grocery Store, which my grandfather Sam and his older brother Abe had taken over from their father, Samuel “Ches” Mays.

It had been something of a mystery as to how my grandfather, the second boy born in the family, got the name Sam and not his older brother, Abe.

Bishop Hardt knew. And, as I said, told the story of how I got to be a United Methodist minister.

To hear Bishop Hardt tell it, Ches Mays, my great-grandfather, was the hard-living owner of the town bar.

One day, Ches decided to go to a Methodist tent revival in town. Bishop Hardt tells me that Ches got “saved” at that revival, came home to his wife, threw the bar keys down on the kitchen table and said, “I quit!”

He vowed to close the tavern and become a better husband, and then he opened Mays Supercash.

And he named his first son for the Methodist preacher from that fateful night. That’s how the boy became Abe Mulkey Mays.

This story tracks an amazing moment that changed the trajectory of our entire family because they became Methodists.

It’s probably how my Mom could eventually afford college.

It’s most definitely how I got to be a United Methodist minister.

A Twist to the Story

Sometime later, I told Mom the incredible story. And yelled at her a little for never telling me.

Then it hit me why she’d never told me. Because Abe’s story ends in tragedy.

By all accounts, Abe, who was mayor of Atlanta for awhile, was a gregarious, larger-than-life guy. But he and Sam were being audited by the IRS. There were rumors, later confirmed by Bishop Hardt, that the audit was a maneuver by political rivals, designed to bring scorn and embarrassment to the Mayses.

Although the IRS audit was resolved, Abe took it hard and committed suicide in the early 1960s, around the time I was born. The grocery store closed by the time I was 6 or 7.

Which is why, despite Ches Mays’ conversion that changed the course of his family, it sort of feels like the end of the story is horribly tragic.

But then there was last night.

Because last night there was a Mays family wedding — the grandchild of Abe and Sam’s youngest brother, Tom.

Keep in mind everybody lives in different places now. Some still in Atlanta. Some in Dallas. Some in Houston, Austin or elsewhere. We rarely see each other. The sons of Ches Mays are long gone.

But last night, tons of family members gathered here for a happy occasion after far too many funerals in recent years.

So last night, at the dinner table, I am telling the younger cousins of my generation the story that I have just relayed to you. LAST NIGHT!

Around the dinner table, I mentioned Bishop Hardt as I passed on this family story that so many in my generation had never heard, to cousins I never see.

Then hours later, I hear that Bishop Hardt had died.

We took the picture at the top of this article at the end of the night.

But you can draw a straight line between the story that Bishop John Wesley Hardt told me and the fortunes of every single person in this family picture. We are where we are today because of the events in that story John Wesley Hardt remembered and passed on to us. Or rather, the story he gave back to us.

For this, I will be eternally grateful for the life of John Wesley Hardt.

The Rev. Eric Folkerth is pastor of Northaven United Methodist Church in Dallas.