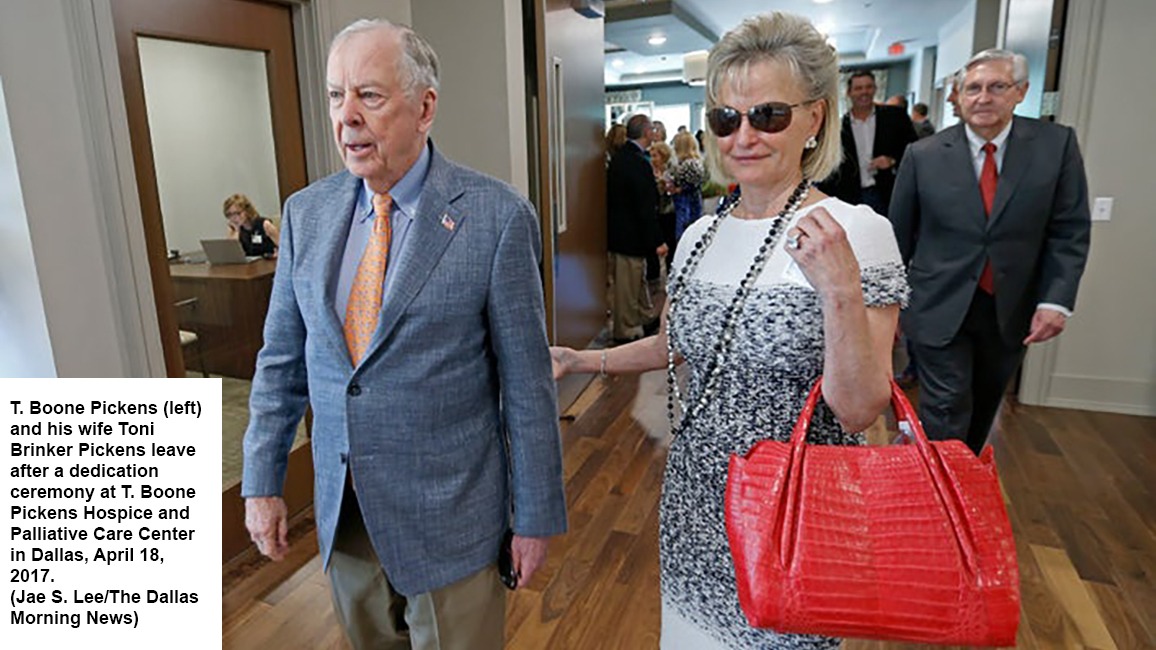 T. Boone Pickens, the billionaire oilman, gave $18.4 million for a Dallas hospice named in his honor by Presbyterian Communities and Services, its owner.

But in March, a month before the opening celebration for the hospice, he returned to the United Methodist fold after years as a Presbyterian.

As reported by The Dallas Morning News columnist Cheryl Hall, he was honoring the wishes of his father, the son of a Methodist pastor.

Pickens, 89, isn’t the only Methodist to have close ties with Presbyterians.

In fact, some Methodist churches combined with Presbyterian or other mainline Protestant denominations in an ecumenical movement in the 1950s and ’60s.

The thinking was “denominations were simply outmoded and churches would all be ecumenical,” said Dr. Ted Campbell of Southern Methodist University’s Perkins School of Theology.

In a spirit of Christian unity, they constructed church buildings together and merged services. Campus ministries followed the same pattern as they blended activities and worship, Dr. Campbell said.

In Arlington, in the Central Texas Conference, St. Barnabas was a little late to the growth curve, opening as a “cooperative” United Methodist/Presbyterian church in 1977, according to its history. (Longtimers couldn’t recall a combination church in the North Texas Conference.)

It’s not surprising that Methodists and Presbyterians would align, Dr. Campbell said.

“In practice, our churches worship and operate in very similar ways,” he said.

But it’s complicated. Although the United Methodist Book of Discipline allows for the combinations, members of each denomination maintained some separate roles. The Methodists still held their church council meetings and the Presbyterians their sessions.

In the end, it came down to “brand loyalty,” Dr. Campbell said, and that was true of the campus ministries as well. So most of them split up.

St. Barnabas United Methodists and Presbyterians voted to “dissolve the covenant” in 1986, with the building and the name staying with the Methodists.

Today, a Google search finds only a handful of United Methodist/Presbyterian churches across the nation.