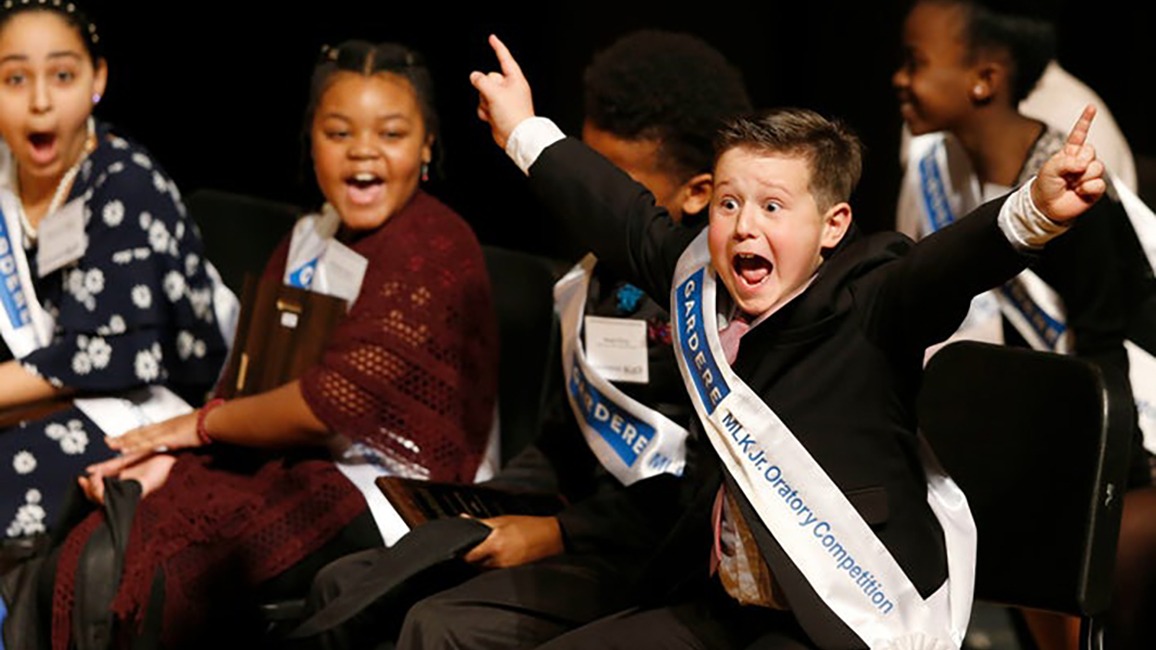 Wesley Stoker and his dad recently did some back-of-the-napkin math, trying to figure out how many words the fourth-grader had heard from his old man on Sunday mornings.

“We came up with about a half a million,” said Andy Stoker, Wesley’s dad and the senior minister at First United Methodist Church Dallas for the past five years.

His dad’s presence in the pulpit has made an impression, even if Wesley admits that he sometimes daydreams during sermons. 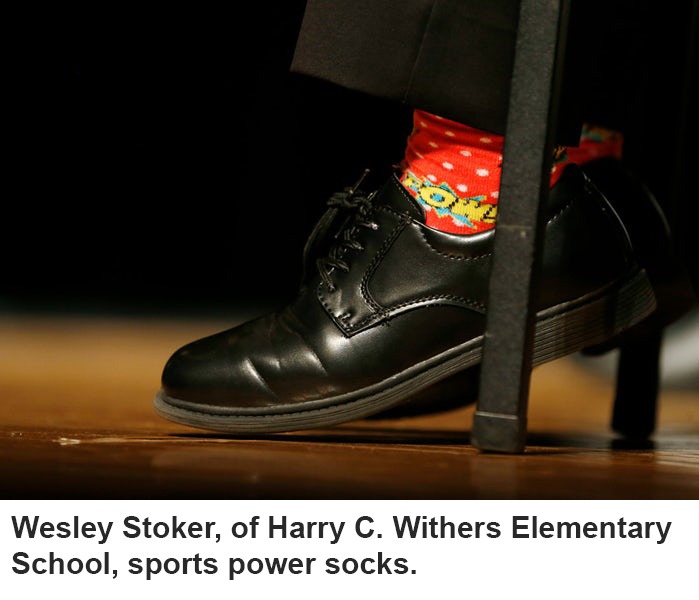 Wesley, 9, won first place at the 26th annual Gardere MLK Jr. Oratory Competition, in front of a crowded auditorium at Adamson High School. Not bad for his first real shot at public speaking.

“He’s always had that personality, very similar to his dad,” said Wesley’s mom, Megan Stoker. “He’s always enjoyed being with people and sharing a message of love — and we nurture that at home.”

This year’s topic was a pretty broad one: “What is your dream for today’s world?”

And Wesley, a student at Harry C. Withers Elementary, shared his dream of love, asking the audience to embrace differences, show compassion and share a childlike love for one another.

As a white kid in a largely African-American competition, Wesley acknowledged that difference with a frequent call-back during his nearly five-minute speech: “I may not look like Dr. King, but I believe like Dr. King.”

It was a line that he and his dad worked on, Wesley said.

“As a white man who grew up in El Paso, Texas, I’ve known for a lot of years what diversity looks like and how we can come together as a community,” Andy Stoker said. “Hopefully, what’s on the outside somehow falls away, and we begin to see that we’re truly in this together.”

This article was originally published on Jan. 12, 2018, by Corbett Smith in The Dallas Morning News. Photos by Vernon Bryant of the DMN.