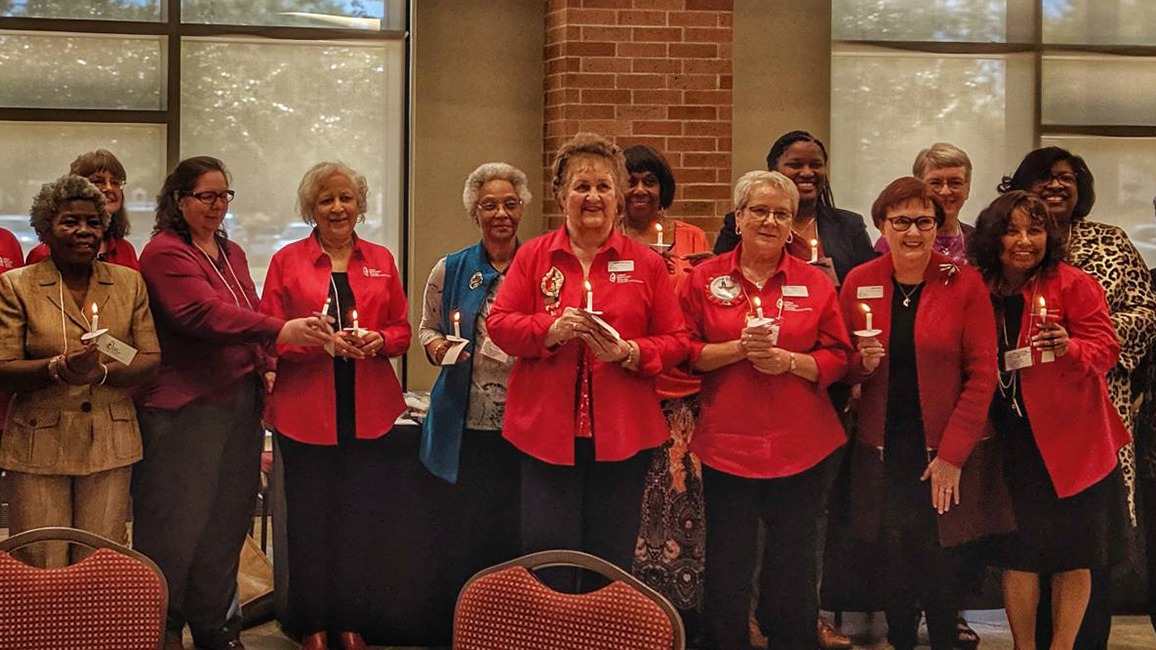 The meeting’s theme, “Called by Faith to Transform the World,” centered on the national UMW’s Social Action Campaign emphasizing climate justice, criminalization of communities of color and mass incarceration, economic inequality and maternal and child health.

“I was most excited about the diversity of this year’s program format and content. It was very different from the past annual meetings that I have attended,” said Cynthia Harry, NTC UMW’s chair on nominations.

Participants chose from a list of workshops tied to each Social Action Campaign topic, some of which included demonstrations to help understand the struggles faced by others.

“The workshop on economic inequality included a basket approach to see what is necessary for a common household to 'get by' contrasted with what can be purchased with both adults in a household working at the current minimum wage,” UMW member Janee Hall said. “To manage the necessities, [we learned] they would have to take a second and third job.”

After the panel discussions and workshops, the meeting moved into brunch and a business meeting that included the installation of new officers and a recommitment of returning officers. Retired pastor Rev. Jo Biggerstaff conducted the ceremony, when officers were given a candle and encouraged to shine their light.

Part of that light is shown through the annual mission project. This year, the local church chapters collected after-school snacks and clinic supplies, one van load each for Wesley-Rankin Community Center and Dallas Bethlehem Center.

The meeting closed with worship and an offering that was given to the National UMW’s Pledge to Mission.

“With the worship being at the end of the day, I felt God's presence both in the memorial time and the energetic music led by Rev. Suzie Byrd that both soothed and energized,” Hall said.


Thank you to the North Texas UMW for providing snacks for the Dallas Bethlehem Center after school program. You are one of our Shining Stars! God bless.