Save Our Sons gets down to practicalities

From the Stone Age to the drone age, sixth- to eighth-grade boys took part in sessions of practicality and possibility at the Save Our Sons event on the Martin Luther King Jr. holiday.

The African-American Pastors Coalition, a group including about seven United Methodist pastors, sponsored the day at Concord Church in southern Dallas. In fact, AAPC was founded 23 years ago by Rev. Dr. Zan Holmes, legendary pastor emeritus of St. Luke Community UMC, and E.K. Bailey, the founder of Concord Church. 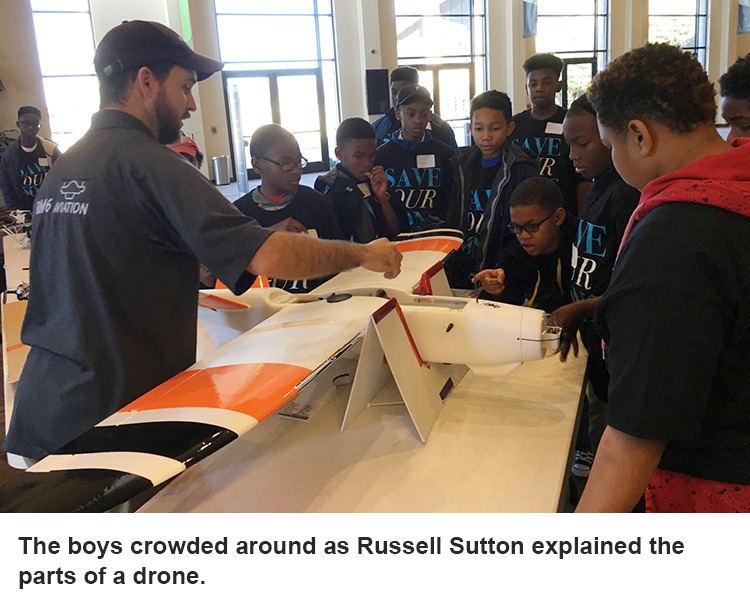 For Save Our Sons, the idea is to give boys “hope and direction in what it means to be a man in the 21st century,” said Dr. Michael Bowie, St. Luke pastor. The pastors are responding to parents’ requests for mentoring for preteen and teen boys, especially those with no father figure in their lives, he said.

St. Paul UMC Pastor Richie Butler said the coalition seeks to “equip young African-American men to understand who they are, to understand the systemic issues they face and also the potential that is within them. If they can capture those three things, then they can be all that God is calling them to be.”

About 120 boys, most of them African-American, began the day by burning off energy with icebreaker games. Group Dynamix host “Francis” (all the company’s hosts go by Francis, in this case actually Colby Anderson) subtly worked in the social graces, such as how to politely greet people when you have teeny-tiny T-rex arms, and good sportsmanship, through Stone, Papyrus, Blade (rock, paper, scissors).

Each boy chose a morning session and an afternoon session to attend, with most of the topics geared toward exploring jobs and careers.

In a session on drones, boys clustered around a table filled with the small aircraft. A few of the boys already had drones at home. 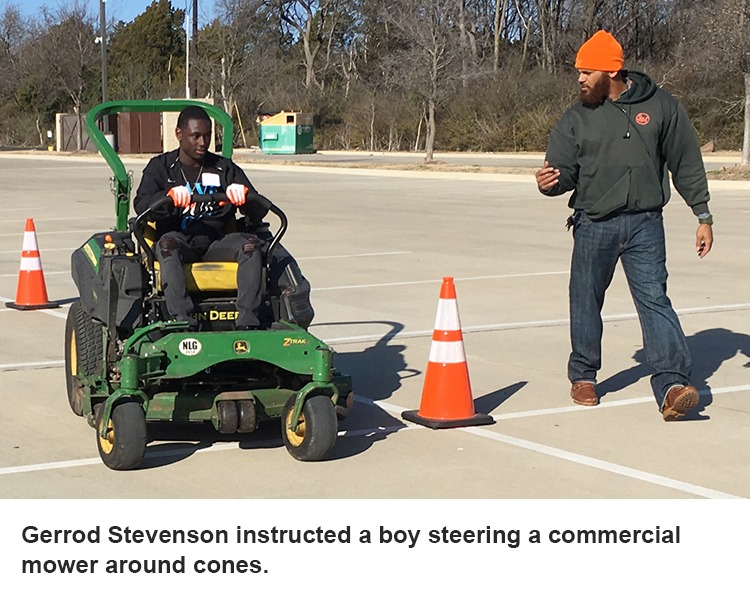 Russell Sutton and his father, Mark Sutton, of RM6 Aviation and Evans Risher of TrueVision Drone Solutions displayed a simple, fairly crash-proof fixed-wing drone all the way up to multi-rotor craft that go spinning through the air.

“This field is wide open” as the uses for drones expand, Risher told the youngsters.

Russell Sutton showed them how to place cameras inside drones and got into a lively discussion on the dangers of lithium-ion batteries. As he explained the construction of the largest drone on the table, he said, “You can see screws on the bottom the wings,” and all the boys immediately crouched down for a better look.

After advice about FAA regulations — especially with Dallas Executive Airport a mile or so to the north — the boys watched a drone take flight while a large monitor displayed the live video feed from its camera.

On another part of the church campus, Gerrod Stevenson, who owns a lawn care business, showed the workings of residential and commercial mowers in “A Little Dirt Won’t Hurt.” He let boys try a household mower (“No wheelies, please!”) and set up an obstacle course of cones for them to drive the commercial version through. Nearby, one of Stevenson’s helpers oversaw the boys as they handled chain saws and various shears.

“Lawn care provides a way for boys to get an income now and lets them explore running a small business,” Stevenson said.