Ross and Christ’s Foundry Step Up for Immigrants 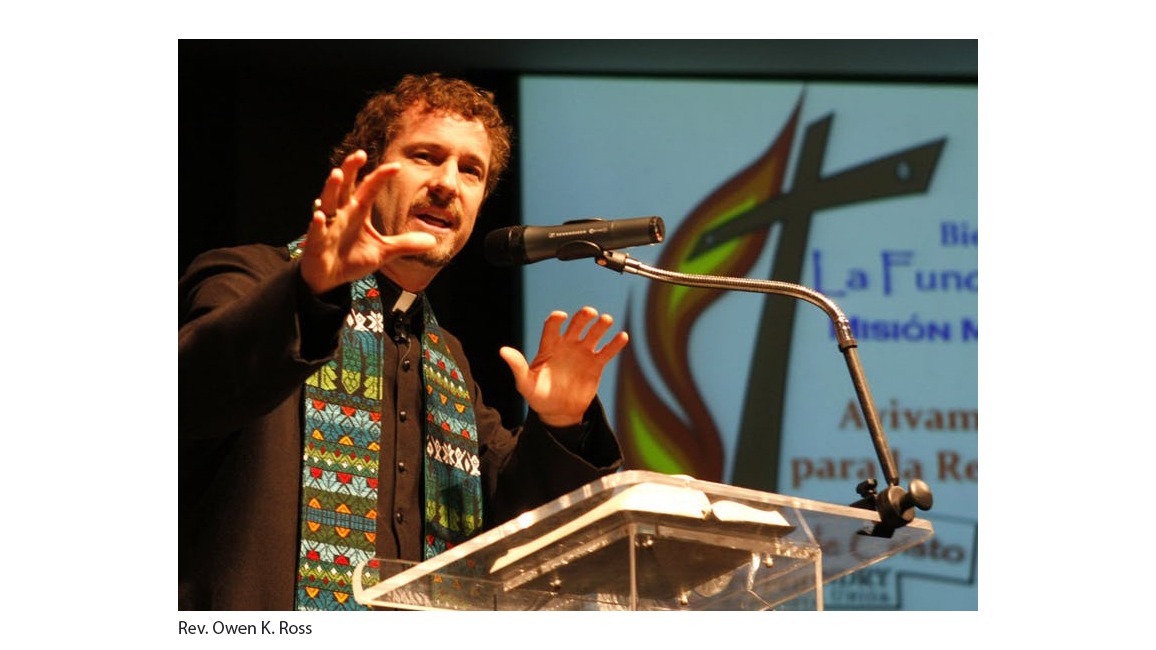 The Rev. Owen K. Ross of Christ’s Foundry said faith, tradition and the biblical story of the migrant flight of Jesus and Mary motivated him to involve his congregation in a nationwide interfaith sanctuary movement for unauthorized immigrants if President Donald Trump keeps his campaign promise to order mass deportations.

“God repeatedly said, ‘Love your neighbor,’” said Ross, a bilingual pastor of the northwest Dallas church where 8 of 10 adult congregants are foreign-born.

Last Friday night, a prayer vigil was held for immigrants at Christ’s Foundry. The church is part of Faith in Texas, an affiliate of the People Improving Communities Through Organizing, or PICO National Network. PICO, a sanctuary movement supporter, participated in a phone conference for the press on January 17, 2017.

“This week, we end the administration of a president who attempted to do the right thing for immigrants,” said Carcaño, who is part of the California-Nevada conferenceof the church. She noted that legislation that would have benefited unauthorized immigrants failed to pass in Congress. 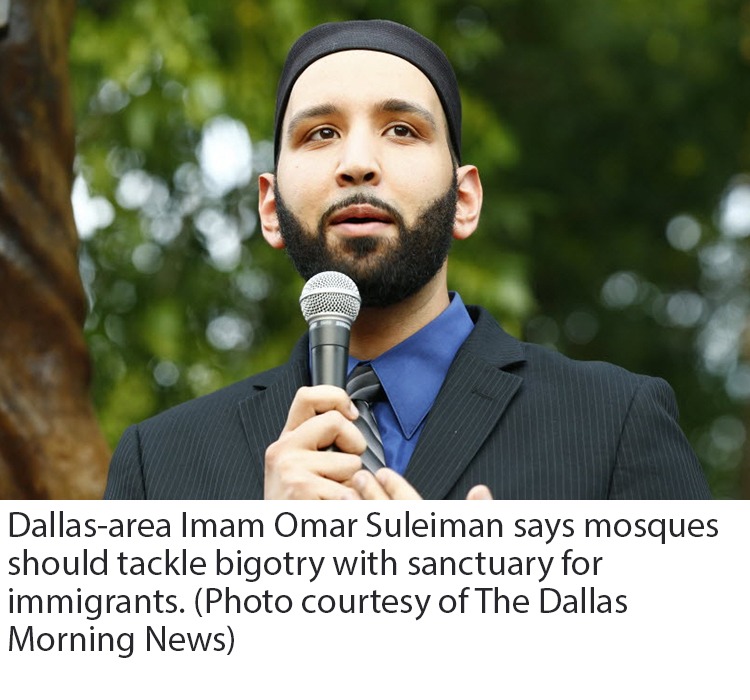 Mosques for the first time are being being called upon to join the sanctuary movement for immigrants who may face deportation, said Omar Suleiman, a prominent Dallas-area imam.

“We really have to stand strong in the face of the bigoted forces that are targeting our communities,” said Suleiman, a bilingual professor of Islamic Studies at Southern Methodist University, said in the joint announcement with other religious leaders around the nation.

Suleiman said mosques across the nation will be asked to join a movement that religious leaders say has doubled to more than 800 mostly Christian congregations since Trump’s election.

It was unclear exactly how the coalition of congregations plans to shelter or otherwise assist unauthorized immigrants who face the immediate threat of deportation. But the growing number of mosques, churches and temples is working out details on who will give refuge and under what circumstances, the imam said.

Committing to providing sanctuary is sure to alarm federal officials and the incoming administration. Trump campaigned hard against illegal and legal immigration, called for increased surveillance of Muslim immigrants and has proposed an expanded wall at the U.S.-Mexican border. He has vowed to temporarily halt Muslim immigration altogether.

Suleiman, the resident scholar at the Valley Ranch Islamic Center in Irving, said he hopes at least half of the 60 mosques in North Texas will agree to provide sanctuary for immigrants suddenly uprooted in the area. Suleiman said he couldn’t address yet whether the Valley Ranch mosque would be among them. 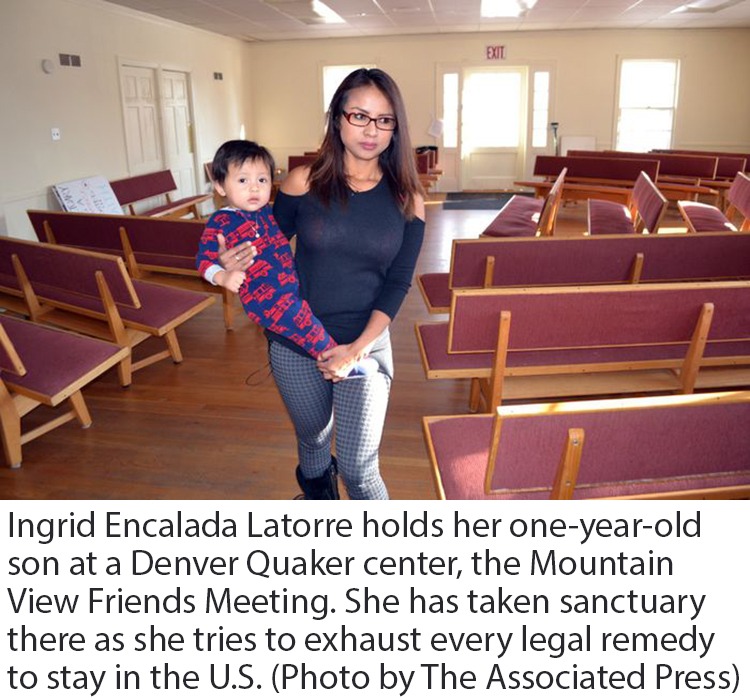 Ingrid Encalada Latorre, a Peruvian fighting her deportation case in Denver, said immigrants should stay hopeful.
She’s one of five unauthorized immigrants who have benefited from the sanctuary of food and housing, leaders said.

“Trump is not the only one in charge of this country,” said the immigrant, who found refuge at a Quaker church.

Today’s sanctuary movement is essentially a resurgence of a modern-day underground railroad that fanned out from southern Arizona decades ago. It became prominent in the 1980s as Central Americans fled wars in their homelands.

During that period, several people were prosecuted in Arizona under a federal immigration law against harboring or shielding from detection those in the U.S. unlawfully.

“The bottom line is that they were all convicted,” said Dan Kowalski, a Denver-based immigration lawyer who edits a publication dedicated to migration issues. “They received probation but they were convicted. If the government wants to prosecute an individual or group for harboring or transporting they can and they will.”