Rev. Cowley: It’s Time For A New Insignia Of The UMC

I saw my first burning cross in 1979 when I was 10 years old. It was night. My family and I were on our way to an event in Shreveport, La., from the church parsonage of Miles Memorial Christian Methodist Episcopal (CME) Church in Marshall, Texas, where my dad was pastor. We were comfortably talking and riding along when, to our right, my mother pointed out a large burning cross just off the freeway. My mother told my brother, sister and me that the burning cross was a powerful image devised to invoke fear in black people. I knew something about the struggle. I knew my mother marched with Dr. Martin Luther King Jr. in Senatobia, Miss., and that both my parents and many family members were listed in the records of the Mississippi State Sovereignty Commission for their work during the Civil Rights movement. Yet in this deafeningly quiet moment, that simple, terrifying and horrific image of the burning cross made the struggle personal for me. I have never, ever forgotten it. 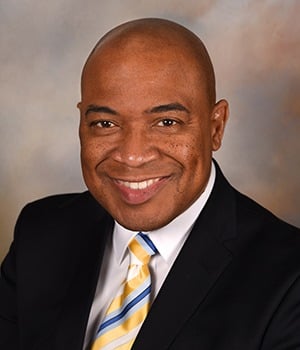 I loved my new church and denomination. The insignia didn’t stop me from following God’s call into ordained ministry. Over the years, I must admit, I have had the occasion to joke with other African Americans about the cross and flame. Those jokes have never been funny. They have been more of a wink and a nod to the realization and the rationalization that the narrative of the cross and flame is powerful and impactful, no matter how any African-American clergy or laypersons may feel about it. I love and have served The UMC for many years despite my feelings about the cross and flame. That will not change. I will offer this: I have been taught that, at times in life, it is important to be “on the record” and “in the minutes” of the meeting of life. I personally feel that it is time to openly talk about things many African Americans have been taught and cautioned to be quiet about and simply accept. I and many in my community have been taught to bury their personal narrative in compliance with the system and for the comfort of others. I stand in this particular moment on that foundation.

As I rose early on this year’s Juneteenth (June 19, 2020) Friday morning, I wrote an explanatory post on Facebook about the origin of Juneteenth itself and the freedom that we celebrate in Texas. The slaves had been freed since Lincoln’s Emancipation Proclamation, which had been signed January 1, 1863, but they found out about their freedom almost 2½ years later. I then reflected on the words I have shared in sermons and have preached on Juneteenth in the past, Galatians 5:1, “For freedom Christ has set us free. Stand firm, therefore, and do not submit again to a yoke of slavery.” I once again thanked God for the freedom I personally experience which cost a price that I simply cannot fathom. 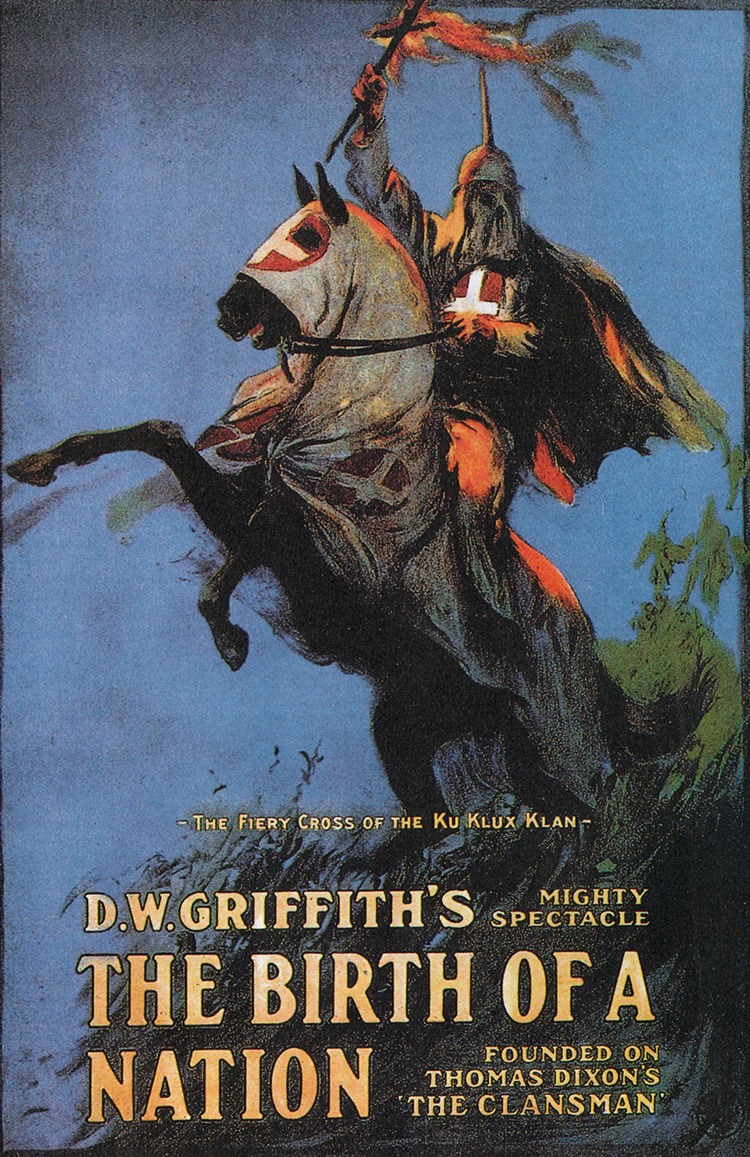 My next Juneteenth celebration was to re-watch Ava Duvernay’s 13th.  While re-watching the film, I came upon a fact I hadn’t noticed before. It was a testament to the cinematic power of the first blockbuster movie in our country’s history, D. W. Griffith’s The Birth of a Nation. Prior to this movie, which was based on the 1905 novel The Clansman: A Historical Romance of the Ku Klux Klan and was released February 8, 1915, it was not the regular practice of the Ku Klux Klan to burn crosses. The image of the burning cross was a powerful cinematic image Griffith created for the film. The image was so powerful that the Klan began to use it in its practices going forward. The first instance of a cross being burned in the United States was on November 25, 1915, 10 months after the debut of The Birth of a Nation, when a group led by William J. Simmons burned a cross on top of Stone Mountain, Ga., inaugurating a revival of the Ku Klux Klan. As my mother had said so many years ago, the burning cross is a powerful image devised to invoke fear in black people. As I watched the rest of 13th I really didn’t see it. My mind stopped at the image and the quote about the burning cross.

My next Juneteenth celebration became sitting down and writing the article you are reading right now.

I had three words running through my mind as I wrote: "Qui tacet consentit," which means “Silence is consent.” African Americans have had several responses over the years to the practices of The United Methodist Church. Since 1968, Black Methodists for Church Renewal (BMCR) has raised its voice to speak up and out about the plight of African Americans within our denomination. It is within that vein of principled dissent that I unapologetically write these words: “It’s time for a new Insignia for The United Methodist Church.” If we care about the mission field and our members as much as we say that we do, there can be no other answer than yes; it is time. No longer should we be represented by an image that was devised to invoke fear in the minds of so many. As we have the words of a new United Methodist campaign “United Methodists Stand Against Racism,” by our Council of Bishops, General Commission on Religion and Race and others, I can’t think of a better or more powerful anti-racist first step than totally rebranding our denomination.

As I continued to do research for this article, I was shocked to discover a 1993 Chicago Tribune article from its Religious News Service entitled “KKK Group Used Methodist Logo.” This article details how the White Knights of the Ku Klux Klan of Kansas City, Mo., used a likeness of the United Methodist logo in their printed materials. The article reads "Ronald Mason, who identified himself as the KKK's ‘imperial klaliff,’ in a letter to Roger Burgess, United Methodist Communications executive, said a symbol similar to that of the Methodist Church was printed ‘without clearance from our Imperial office.’ Mason said regional Klan offices are being investigated, and responsible parties would be told to ‘cease and desist all use of this symbol.’ Mason's letter was prompted by a letter from Burgess last month in which he told the white supremacist group that they could face legal action for alleged misuse of the church's logo. The material using the logo has most recently appeared in Kansas City, Mo. A year ago, Klan members in Wisconsin likened their ritual of cross burning to the Methodist logo. The distinctive cross and flame logo of the 9 million-member United Methodist Church has been in use since 1971.”

I respect and honor the creative process that Edward J. Mikula and Edwin H. Maynard went through when they designed the insignia that would debut in 1968. I honor the cross and the two tongues of flame, that each represents the two denominations that came together. I honor the Acts 2 Pentecostal flame that also gives representation to Wesley’s heart being strangely warmed. I honor the work that has been done under the cross and flame for so many years. It’s when you take all of these elements and put them together that you run into practical trouble. You run into trouble because the outcome of blending all these things together is a burning cross. The United Methodist Church has been and remains a world leader in so many ways. My question is, ”Can The United Methodist Church again be a leader in this unique time and choose a new insignia that doesn’t send an unintended message of racism, bigotry, prejudice and fear to its members and its mission field while it is at the same time legitimately extending the hand of Christ to the world? “

My final Juneteenth celebration was to write legislation for General Conference 2021 that seeks the formation of a new team to create a new insignia for our denomination. This new image will honor the work that has and is being done, but it will broaden our depth and expand our reach so that more African Americans and other people of color can see The United Methodist Church as the welcoming place and space it claims and aims to be. I look forward to submitting and speaking in support of this legislation at the 2020 North Texas Annual Conference of The United Methodist Church.

From a man who as a kid was marked for a lifetime by the image of a burning cross, I cannot go back and take down the image of the burning cross I saw that night so many years ago on the side of the freeway on the way to Shreveport out of my mind. I can, however, make a case and invite as many people as possible to join with me in calling for a new day in the way that we represent and brand our denomination.

10. To empower the General Council on Finance and Administration and the General Commission on Communication to procure and produce a new insignia for the United Methodist Church. The new insignia will be launched between February 1 and February 28, 2023.

10. To supervise the use of the official United Methodist insignia and preserve the integrity of its design, in cooperation with the General Commission on Communication. It shall maintain appropriate registration to protect the insignia on behalf of the denomination. The insignia may be used by any official United Methodist agency, including local churches, to identify United Methodist work, programs, and materials. The use indicates the identity of the United Methodist Church, with the cross proclaiming Jesus as its foundation, and the two flames descending to one point celebrating the origin when the two denominations became one, and affirming its readiness to go forth to the ends of the earth to all people to make disciples of Jesus Christ for the transformation of the world, as the anointing of the Holy Spirit with “individual flames of fire” sent forth the apostles speaking the language of people wherever they went. In order to preserve the integrity of its design, the insignia should not be altered or modified. Users of the insignia must ensure that it stands independent from and is not covered by or layered over other designs or words. Any commercial use of the design requires the express prior authorization in writing by an appropriate officer of the General Council on Finance and Administration and shall be used only in accordance with guidelines and fees set forth by the General Council on Finance and Administration.

To have this legislation come from North Texas would be pivotal because the United Methodist Church was essentially born in Dallas, Texas. The cross and flame became an official registered trademark in 1971.