Retired Pastor Shares His Stories Of The Rio Grande Conference 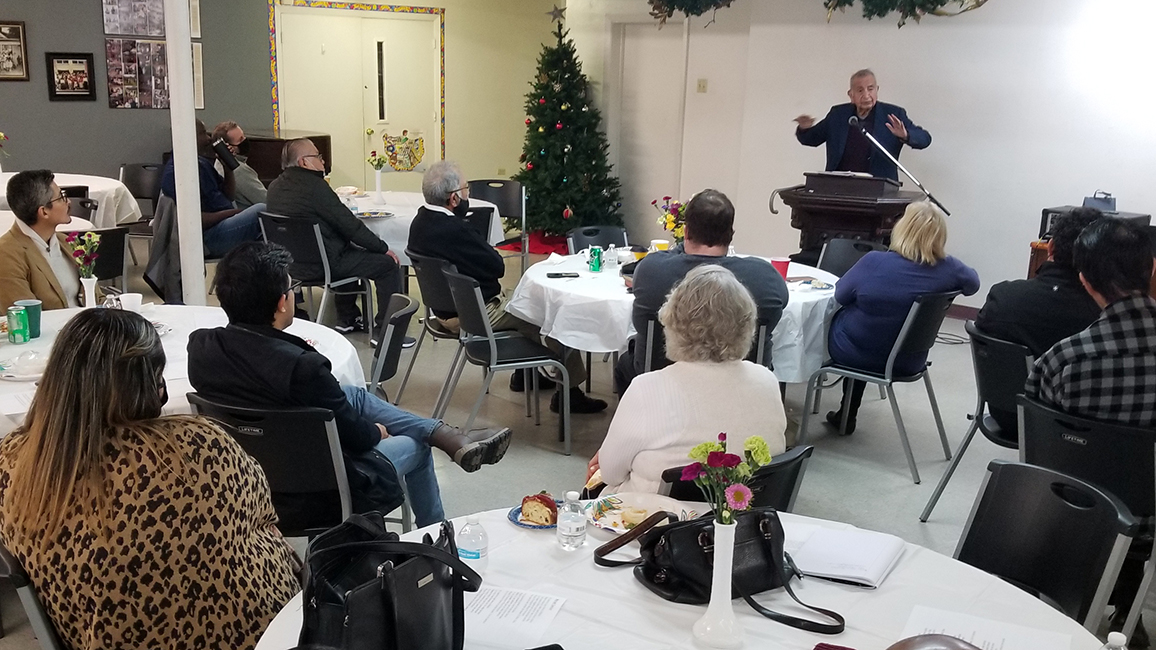 In 2001, Owen Ross was interning at Parkland Hospital in Dallas and met Rev. Isabel Chabelo Gomez who was working as a chaplain.

“I will never forget how he assisted me in sharing compassion in leading parents who just experienced tragedy through the grieving process,” said Rev. Dr. Ross, now the Director for the Center for Church Development. “We developed a friendship then, and I have really appreciated him, respected him and loved him ever since.

“When I post pictures of him on Facebook, I often put the caption ‘with the man, the myth, the legend.’ People always comment ‘you got that right.’ “

Rev. Gomez, 85, was the guest speaker at an Epiphany Luncheon at Agape Memorial Church on Jan. 5.

Rev. Gomez, who was diagnosed with terminal cancer in late 2021, wanted to tell his stories of the Latinx Church in the conferences he has served: Rio Grande and North Texas.

Gomez, who was born and raised in Dallas, shared:

The audience was filled with clergy and lay members from both the North Texas and Central Texas conferences.

Said Cynthia Salinas Dooley, a member of Tyler Street UMC: “Isabel really brought the past back to life for me. I grew up in the same church (Casa Emanu-El UMC) that he did. He raised the hymn book and it just reminded me how important that hymn book has been to me, my life and the church. That is how I learned to read and spell in Spanish. Those hymns are still in my heart.”