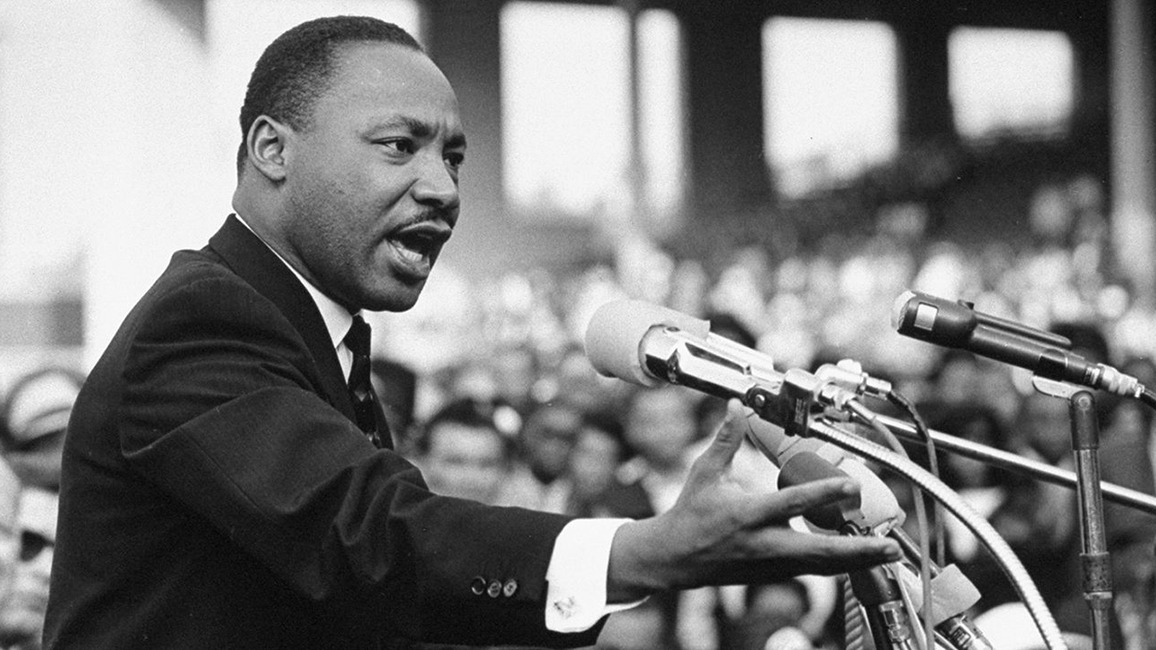 Jurrita Williams Louie remembers MLK for his preaching and skin

Rev. King darkened the doors of Morning Star Baptist Church in Demopolis, Ala., where my dad grew up. The year was 1964 and my dad, a high school senior in Demopolis, went early to see the prophet up close. Rev. King had come to motivate the people to continue the fight for the right of Black folk to vote. “He spoke for a long time; at least 45 minutes to an hour,” my dad recalled. Missing Dr. King preach six miles from his home was simply not an option for my dad. Dr. King’s presence and power in word gave the overflowing crowd fuel to keep lit the flame of the fight for justice.

A few weeks after the rally, my dad and many of his John Essex High School classmates attempted to meet students from U.S. Jones High School, both segregated black schools at the time, in downtown Demopolis. They marched to protest the inequitable and inferior education they received based on the color of their skin. He and his peers were tear-gassed by police and turned around. High schoolers. Children. My dad. They were tear-gassed because maintaining white power, privilege and perceived racial superiority necessitates violence, terror and fear.

My mom, Doris Williams, – on the other hand – witnessed Dr. King from afar. She and her best friend ditched classes for a day at Stillman College in Tuscaloosa, Ala., to catch the modern “Moses” in the culmination of the March from Selma to Montgomery. My mother, her best friend and two other female students loaded into Mr. Nathaniel’s maroon white-top Oldsmobile. They traveled 100 miles to Montgomery in order to hear Dr. King speak about letting “nobody turn them around” from the fight for the vote. It was March 25, 1965. Bloody Sunday had happened in Selma two weeks prior, and my mom declared she would march, sing, give her life if necessary so that her country would be forced to recognize her as fully human and fully citizen. At 21 years old, my mom had never voted.

My mother made her way to Montgomery to do all she could to ensure that for her and her children that would never be the case again. Heavily impacted by that journey to Montgomery 53 years ago, my mother has served the Tuscaloosa community as poll worker and supervisor at the 46th precinct for over 20 years. My father still proclaims he will never be the same after that “pretty smooth brown skin” encounter with the Reverend. My father has served as a Tuscaloosa SCLC member for 30 years and Board member for the last 14 years as one portion of Dr. King’s influence.

What I do today as an associate director for the Center for Missional Outreach of the North Texas Conference of The United Methodist Church is heavily impacted by my parents and their proximity to Dr. King and the civil-rights movement of the 1960s. Because the turn of the century brought about new iterations of discrimination, inequities and injustices for Black and Brown people, the struggle must carry on.

We now venerate Dr. King. Only after his death, however – and mainly as a result of the hard work his widow, Mrs. Corretta Scott King, put in to realize the MLK national holiday – do we now celebrate this preacher. But, I wonder if we ever think about his skin, like my dad. I hope we do. Because his skin reminds us of his person. It reminds us that he was a man clothed in sable skin, a husband, a son, brother and father. Because of the color of his skin, who he was to Corretta, Yolanda, Martin III, Dexter and Bernice mattered not. The evils of white supremacy, paternalism and racism cared nothing about his person, only his color.

I want us to remember Dr. King today certainly as one of the most prolific preachers and prophets of our lifetime. But his skin. Let it remind you that he was a person just like my dad, just like my mom, just like Mr. Nathaniel, like Botham, Rekia, Philando, Sandra and just like you. Chances are slim to none that any of us will have a national holiday in our honor. Yet, every one of us can have an impact for good and justice, in the skin we are in.

All of our lives remain in the sticky and scandalous palms of an evolving grip of white supremacy. It negatively impacts us all, but is detrimental for People of Color. We must take intentional and consistent action to dismantle it.

Here are a few resources for awareness to assist in the dismantling: