Recalling The Past Helps Shape A Better Future 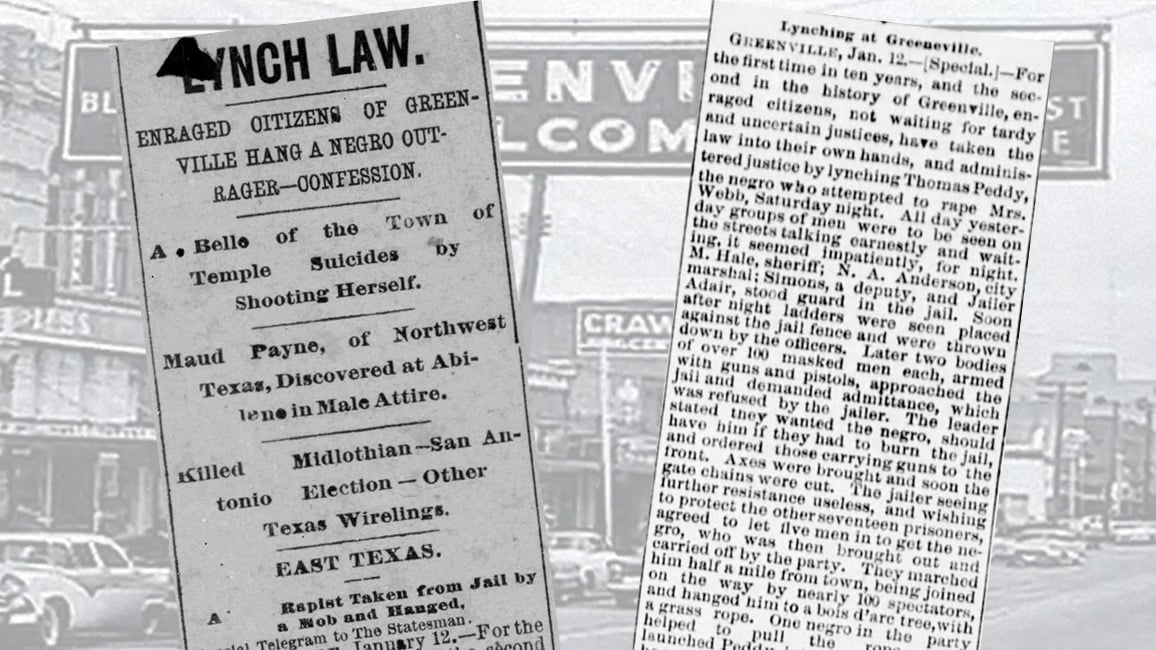 A spike in COVID-19 cases has postponed a planned memorial and soil-collection ceremony to remember Thomas Peddy, a black man who was lynched in Greenville on Jan. 11, 1885. The remembrance event – jointly organized by the Corporation for Cultural Diversity for Greenville, Texas, Inc., the Greenville Interdenominational Alliance and the Greenville branch of the NAACP – was scheduled to take place in a vacant lot on the corner of Stuart and Jordan streets, near the fire station.

But for Rev. Deana Lowe, senior pastor at nearby Westview UMC and Floyd UMC, there is historical significance that an event such as this is taking place at all.

“We need to recognize and be willing to admit that this is a dark part of our history and not just shine over everything,” Rev. Lowe said. “We need to be able to say we’re sorry and that we’re heartbroken that it happened and that we don’t want this to be part of our story again. Doing so will allow us to move forward instead of backward.”

Organizers collected soil from the site of Peddy’s lynching, where he was hanged from a Bois D’Arc tree about a half-mile out of town in the Sabine River bottom. A glass urn of soil will have his name, site and date of the lynching engraved on it and will be sent to the Equal Justice Initiative National Memorial for Peace and Justice in Montgomery, Ala.

The EJI has documented 338 African Americans who have been lynched in Texas, including four in Hunt County. This remembrance – said Willie T. Hobdy Sr., president of Greenville’s NAACP branch – is an occasion meant to mark a day of healing and a recommitment to justice and equality.

Lowe credits Dan Perkins, an attorney and member of Wesley UMC in Greenville, for bringing attention to this historical event. Perkins, a former city councilman in Greenville, founded the Corporation for Cultural Diversity as a means to educate the town’s citizens on matters of racism.

Doing so, Perkins said, is a critical and necessary step forward.

“It’s a real mistake to say that this just happens in Greenville or in Hunt County. Systemic racism today impacts all areas of society, everywhere, and it’s something we must bring an awareness to or else it won’t ever end.”

Rev. Lowe said the remembrance ceremony will be rescheduled. She hopes, too, to see similar events planned for the other lynchings that occurred in Hunt County.

A resident of Greenville for nearly 50 years, Rev. Lowe said she is blessed to have served at churches near her hometown. She has witnessed positive change that has occurred during that time and is encouraged that such change continues today.

“I think Greenville is like anywhere else: people pretty much get along here for the most part, at least on the surface, but there are underlying things happening,” Rev. Lowe said. “I truly feel some people fear for their lives and worry, just like anyone else in America. I think people try to be polite, but I have heard people say things like, ‘I’m not prejudiced, I just know the difference. I wouldn’t want them in my house.’

“These are things we all can work on, and I’m encouraged about the commitment to doing so.”