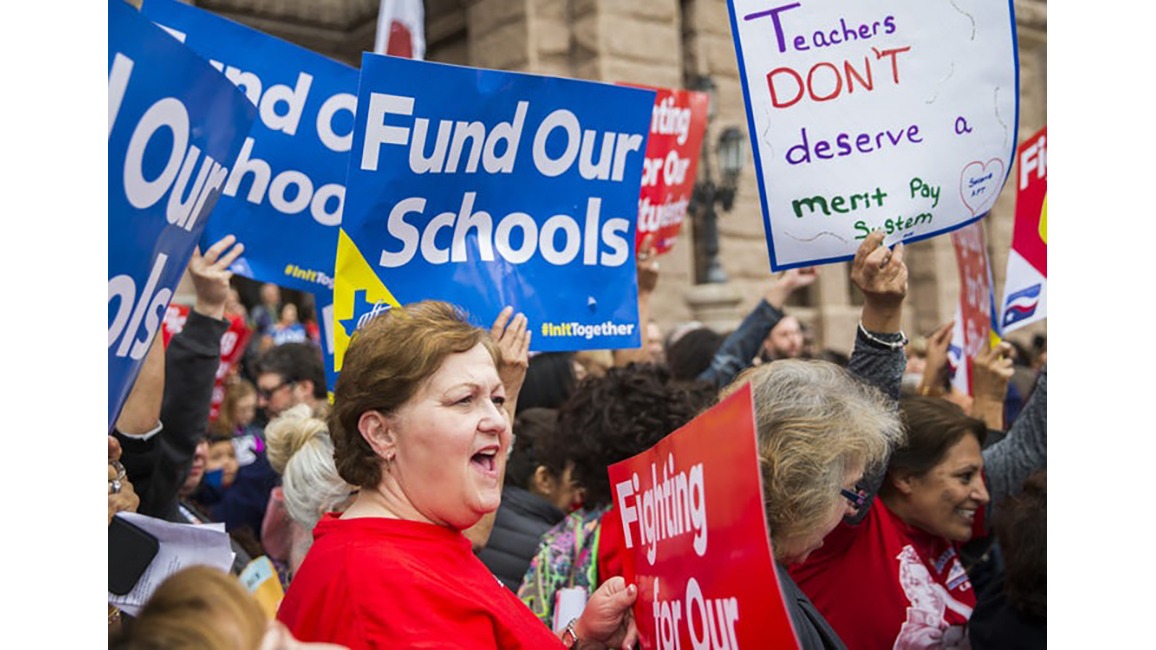 Rena Honea, president of the Dallas Alliance of American Federation of Teachers union, chants during the Texas Public Education Rally on March 11, 2019, at the Texas capitol in Austin. Teachers pushed for school finance reform and pay raises.  (Dallas Morning News)

John Wesley “was convinced education could change the woes of his day” and preached on the value of children and their education. We United Methodists intentionally seek to ensure every child, from every place, in every circumstance, remains a consistent recipient of quality and equitable education.

As justice seekers and action takers, we fortify efforts that contribute to the dismantling of inequitable and unjust policies in education that disproportionally impact children in poverty and children of color. Educational equity is core to who we are as United Methodists. As One + One mentors and volunteers, we seek to “do justice, love mercy and walk humbly with our God” and with the children and families in our communities that suffer from unjust practices and policies.

Some of these policies take the form of the following outcomes:

Though the educational landscape looks lopsided, there is hope. Both House and Senate leaders of the 86th Texas legislature have worked hard to file bills to comprehensively impact school finance. The Texas Senate unveiled its first version of a school finance reform bill, which included passing a $4 billion teacher raise bill: Senate Bill 3. House Bill 3 focuses on districts receiving more equitable funding for low-income students, additional dollars to improve outcomes and local innovation and autonomy by decreasing the amount school districts owe the state in recapture. This legislation is one drop in the milieu of making the children in our communities whole through the vehicle of educational equity.

Here are are a few resources to stay informed about legislation around school finance reform and educational advocacy: