“What Child Is This?” scheduled for 4 and 8 p.m. in Perkins Chapel

As it has every year since 1959, the Perkins School of Theology community will celebrate Advent by recalling an ancient story: the coming of the Christ Child. This year, however, the annual worship service will include some new twists. It’s the first led by Marcell Silva Steuernagel, Perkins’ new Director of the Master of Sacred Music program. 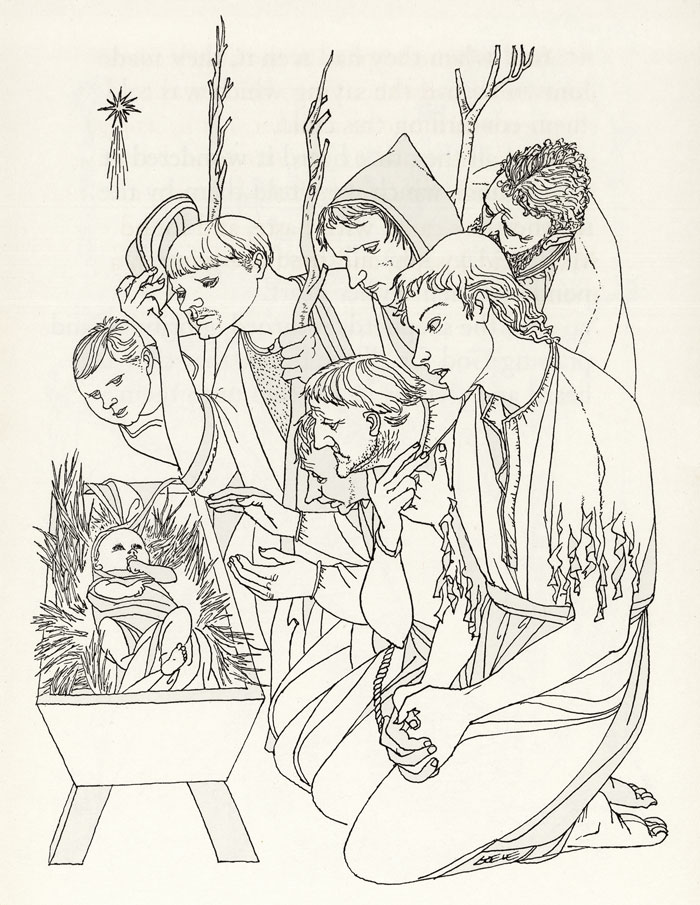 “It’s a fresh take on something we do every year,” Steuernagel said.

Perkins' annual Advent Service takes place at 4 and 8 p.m. Thursday, December 6, in Perkins Chapel (6001 Bishop Blvd.) on the Southern Methodist University campus. The event is free and open to the public.

With the theme “What Child is This?” the service will revolve around three Nativity canticles (lyrical passages) found in the gospel of Luke: Mary's song of praise (the Magnificat, Luke 1:46-55), Zechariah's song of prophecy (Benedictus, Luke 1:67-79) and Simeon's song celebrating the child’s arrival (Nunc Dimittis, Luke 2:29-32). “This is a liturgical triptych,” Steuernagel said, referring to the three-paneled altarpieces of the Renaissance and high Middle Ages. “We are looking at these three scenes that surround arrival of Jesus – two before, the Magnificat and the Benedictus, and one after, the Nunc Dimittis.”

Perkins’ Seminary Singers will be joined by performers from SMU’s Meadows School of the Arts for this service, which will feature, along with traditional hymns, five new original compositions commissioned especially for the occasion: a Prelude by Anthony Elia, director of the Bridwell Library; the Benedictus, by José Luis Manrique; the Magnificat by Marcell Silva Steuernagel; the Nunc Dimmitis, by Fernando Berwig; and a Postlude by Robert Frank, Associate Professor of Composition at SMU’s Meadows School of the Arts.

The three thematic compositions by Manrique, Steuernagel and Berwig were commissioned by way of a Latin-American collective, called Ars Iubilorum, of which Steuernagel is a founding member. Since 2007, these composers have researched the intersection of Christian liturgical traditions and new music. Ars Iubilorum has collaborated with universities, churches, orchestras, ensembles and performers in South and North America, and in Europe.

The liturgy will be ordered around the three canticles.

“For each, there will be a scripture reading followed by the words of the canticle as framed by these new compositions. The congregation responds to the canticles by singing hymns,” Steuernagel said.

Steuernagel notes that 2019 will mark the 60th anniversary of the annual Advent worship service at Perkins.

“We’re taking a new approach with a service that’s been observed at Perkins since 1959,” he said, adding with a chuckle: “It might scare a few people away. But I hope it will be a draw for some.”

Parking for the event will be available across the street from Perkins Chapel, inside the Meadows Museum Parking Center; visitors should enter the garage on the LEFT side of the entrance gate.