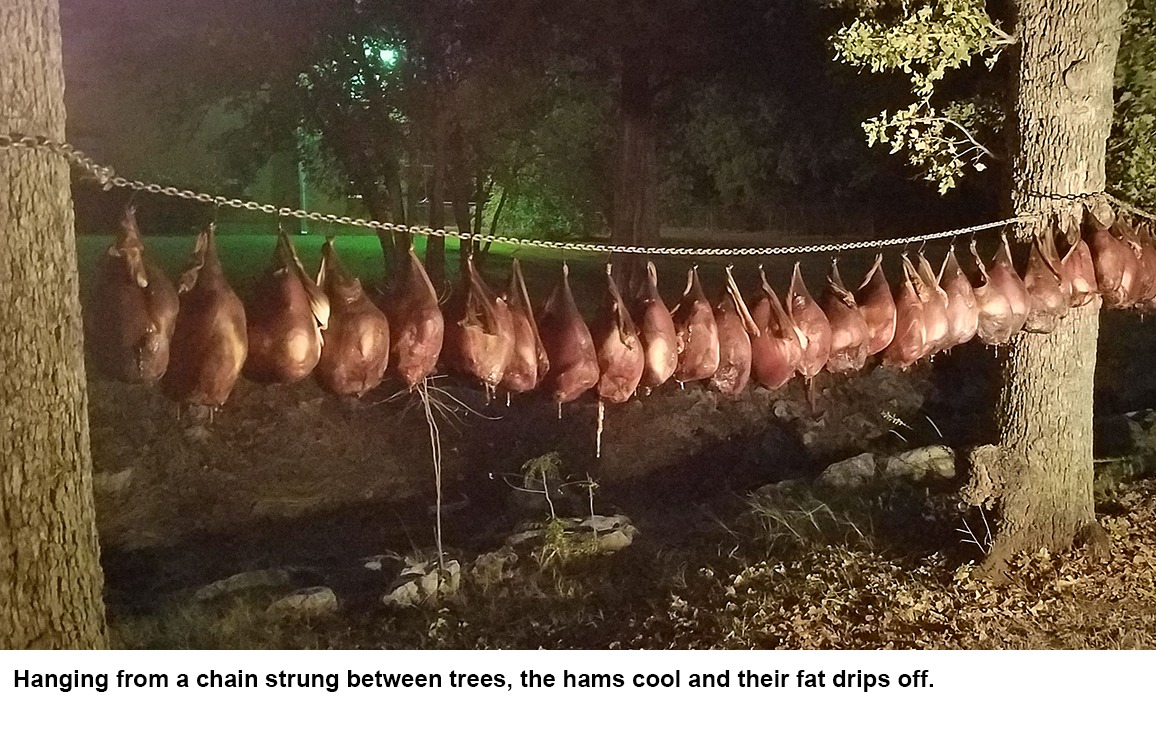 When Rev. Jane Graner was visiting her new pastorate five years ago, her hosts proudly showed off the sanctuary, the church kitchen and the smoker. 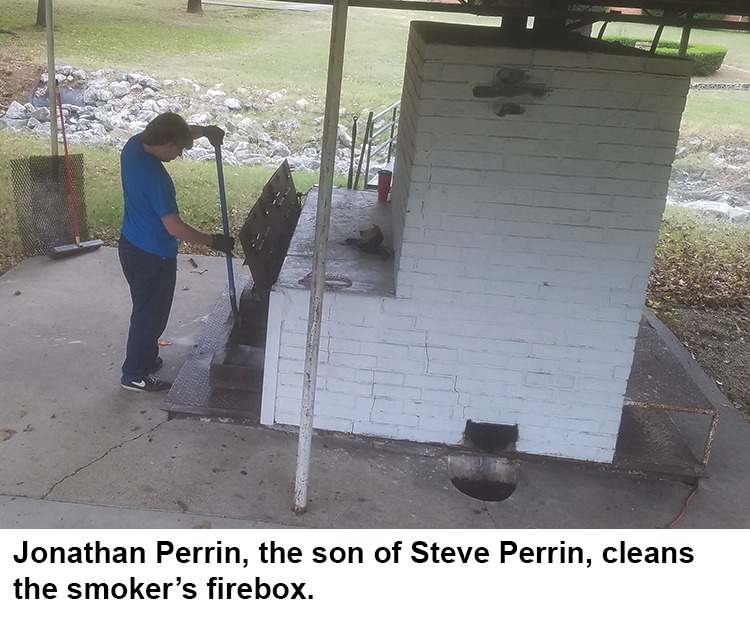 “The smoker?” she thought.

The smoker, which holds 50 hams or turkeys, is seared into the identity of Oak Haven UMC in Irving.

Before each Thanksgiving and Christmas, the United Methodist Men tend up to 150 hams and 60 turkeys, smoking them 12 hours over freshly split mesquite or oak. The entire process takes more than 48 hours nonstop, with the men stoking the fire every 15 minutes in their 12-hour shifts. They’ve done it for almost 50 years.

The hams, bone-in or boneless, are sold for $65 and the turkeys for $40. The proceeds go to the nonprofit Irving Cares, the church’s apportionments and to building maintenance, said Steve Perrin, president of the church’s United Methodist Men. There is also a Ham and Bean Dinner (not Beans, the pastor pointed out), which takes place on the Saturday before Thanksgiving, that serves as another big fundraiser. 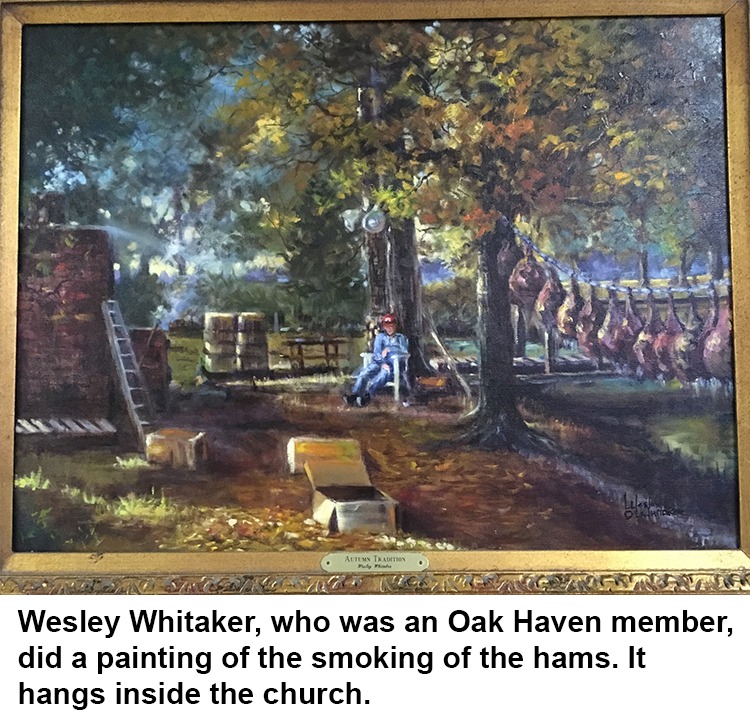 Perrin remembers when the tradition began. He was in junior high in the 1960s when an Oak Haven Sunday school class used leftover brick to build a smoker, with plans to raise funds for the church and its causes. Demand eventually exceeded its 10- or 15-ham capacity, so the much-bigger smoker replaced it. And, in time, the United Methodist Men took over the smoking duties.

But the old smoker is immortalized in a painting by Wesley Whitaker in the church. It shows a man in a chair, the smoke venting into the air and finished hams cooling as they hang from a chain.

Although the current smoker has a much larger capacity, the flip side is that it requires a lot of help to load or unload 50 hams or turkeys at once. It’s done at 6 a.m. and 6 p.m., as the shifts change. Those pulling the all-nighters stay awake with the help of TV and cellphone alarms set to the every-15-minute fire-stoking schedule.

The payoff is that the fundraiser has developed regular customers, including businesses that purchase a ham or turkey for each of their employees and out-of-towners who make a special trip to buy.