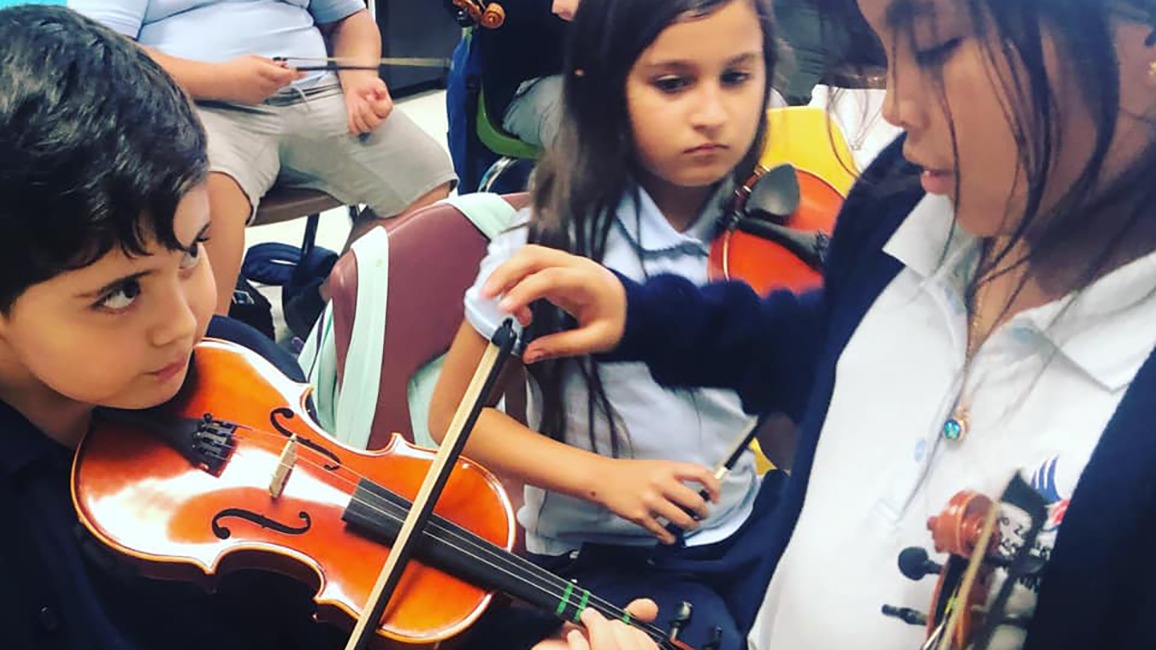 The Ubuntu Music Project is an urban ministry based in East Dallas where it “engages Dallas ISD children with daily high-level music lessons and academic tutoring, with the mission of empowering young leaders through music with belonging, self-confidence and achievement to transform their communities and the world."

Each day after school, more than 45 Ubuntu elementary school children receive violin instruction that empowers them to play at an exceptional level, as well as homework and reading support. Every Ubuntu program graduate has been accepted into competitive Magnet Arts middle schools and Talented and Gifted Academies, rerouting their trajectories to high-quality high schools like Booker T. Washington High School for the Performing Arts and the path to higher education.

“Ubuntu” is the African Bantu principle of interconnectedness and belief that we are all inextricably linked and are impacted by the successes and struggles of others, centering work on empowerment and liberation. 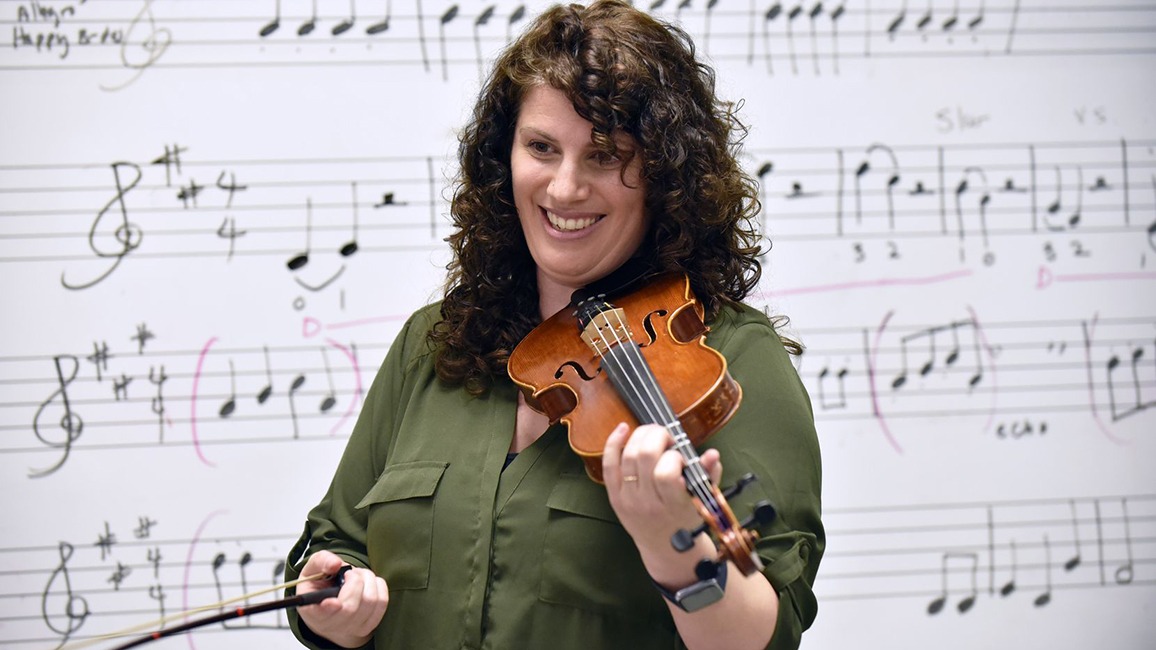 Nicole Melki is the Founder and Director for Ubuntu. (Dallas Morning News photo)

Nicole Melki is the Founder and Director for Ubuntu. She graduated with a Masters degree in Social Justice and Theology from Perkins School of Theology, where she received multiple awards for her intercultural work with Ubuntu Music Project. She is a professional violinist and has served as a music educator for more than 18 years. She is a first-generation Lebanese-American and a first-generation college student, who was able to attend college through scholarships she earned because of access to music education in the public schools and her ability to play the violin.

With the help of Ministry With Grant funding, Ubuntu has accomplished three things since 2019.

This story from this last school year exemplifies the kind of “with-ness” we encourage for all ministries:

“One of our mothers has a son in Ubuntu who has a learning disability; all of his elementary school years have been defined by his struggles and failures. When it became time for auditions for the Magnet Arts school, the boy still had voices of his failures in his head and he was scared to fail at his audition. In addition, his reading scores were still below par to be admitted into the school.

"The mother came to us and cried tears that she was scared that her son would not go to a good school and have an opportunity for a better future. While I could not guarantee the outcome, I told her that we would advocate for him to audition. We partnered with the school guidance counselor to write a letter on his behalf, stating that the system had not provided him with the proper disability accommodations, and that he deserved an opportunity to audition based on his abilities to play.

"The son began to internalize this hope, practiced and worked hard on his audition. He showed up to the audition and absolutely nailed it. He had to wait a month in order to receive the results. While he waited, we witnessed his dialogue about himself shift to stories about his capabilities and how proud he was for doing something that scared him. Had his mother not felt the trust to come and talk with us, auditioning might have been totally avoided for fear of failure.

"When his letter came in, he was admitted to the school and the school made a commitment to help him improve his reading skills. His mother could not contain her tears and joy; she was shaking because she was so scared he would not get in. This shaped us because we must always honor the voices and experiences of those who struggle and we must never take for granted the power of someone sharing their struggles with us.

"What I love most about this story is that it required everyone to do something. It was not a rescue mission; it required the mom to speak up, the son to do the work and Ubuntu to use its privilege to advocate. I believe that this combination is how we help those we work with tap into their agency and voice so that the ministries don't unintentionally embody colonialistic practices.”

Although programming has been affected by the pandemic, Ubuntu continues lessons online to ensure that this year's students have an opportunity to audition for Magnet Arts Middle Schools.