McKee To Serve As Bishop in Residence at Perkins 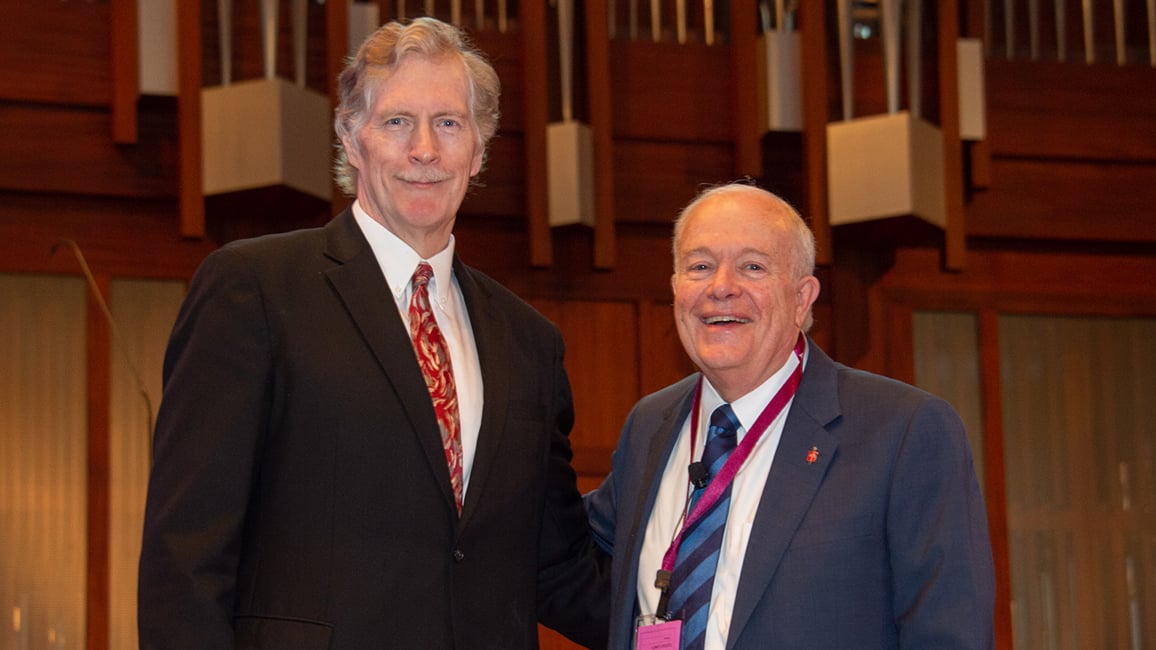 Michael McKee, resident bishop of the Dallas Area of The United Methodist Church, has accepted an invitation to serve as Bishop in Residence at SMU's Perkins School of Theology effective early 2023. McKee, who has served as episcopal leader of the North Texas Annual Conference since his election by the South Central Jurisdiction in 2012, will retire from that position Jan. 1, 2023.

Announcement of the appointment was made by Dean Craig C. Hill during the 2022 session of the North Texas Annual Conference.

“We are eager to have Bishop McKee join Perkins as Bishop in Residence,” Dean Hill said. “He has been a valued presence in the Perkins community throughout his episcopacy and will further strengthen our ties with congregations and institutions in North Texas and beyond.”

In his role as Bishop in Residence, McKee will participate fully in the life of the school, including attending faculty meetings. In addition, he will play a key role in leadership development with students and alums and will serve as a pastoral presence to the entire Perkins community.

"I'm looking forward to being at Perkins with students and with faculty members I deeply respect," Bishop McKee said. "I appreciate this opportunity to continue to learn, to encourage people on their own paths to ministry and to develop and grow faith leaders for the North Texas Conference and The United Methodist Church."

A native of Fort Worth, Texas, Bishop McKee earned a Bachelor of Arts degree from the University of Texas at Austin (1973), a Master of Theology from Perkins School of Theology (1978) and was awarded an honorary Doctor of Divinity degree from Texas Wesleyan University (2005). He also was honored with the Perkins Distinguished Alumnus Award in 2017. In 2019, he received the Texas Methodist Foundation’s Medallion of Merit award.

He was ordained elder in 1979 in the Central Texas Annual Conference, where he served several churches, including 15 years as the senior pastor of First UMC Hurst. During his pastoral ministry in the local church, Bishop McKee supervised many Perkins interns.

Bishop McKee is president of the Board of the General Council on Finance and Administration of the UMC.  He currently serves on the Boards of Trustees of SMU, Texas Methodist Foundation, Methodist Health System, Dallas, and is past chair of the Executive Board of Perkins School of Theology.

McKee also serves as the Bishop of the United Methodist Mission in Honduras.