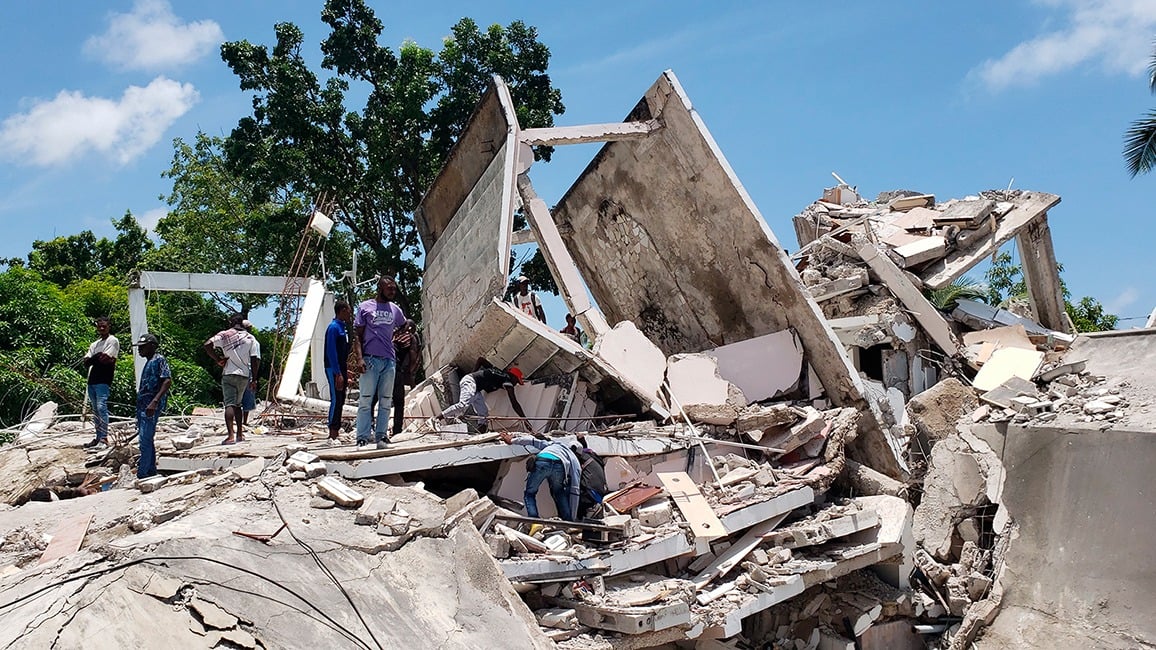 United Methodists are reaching out to our sisters and brothers in Haiti with prayers and financial support after a devastating 7.2 magnitude earthquake struck Aug. 14. In Les Cayes, a large city in the southern region of Haiti, many homes and businesses have been destroyed – and those left standing are in danger of collapsing, leaving people to sleep outside.

Lovers Lane UMC has had a long history of friendship with the people of Haiti. Members first traveled there for mission trips in the 1970s and have continued to send teams to Haiti regularly until the travel restrictions in 2020.

Rev. Kay Eck, Executive Pastor of LLUMC, felt called to go to Haiti after the 2010 earthquake when she was a young pastor and led teams of young adults from 2011 to 2019. While there, she formed relationships that have allowed the church to stay in close connection to the needs on the ground. One of the church’s partners in Les Cayes has asked for support to build an emergency shelter. The church has a goal of raising $5,000 for this purpose.

The needs in Haiti are significant, Rev. Eck said.

“There’s a lack of medical supplies and support and there is a lot of suffering,” she said.

The July 7 presidential assassination and upheaval followed by this earthquake, which may rival the 2010 devastation, have combined to create a situation of dire need. Long-term support in Haiti will be essential.

“It feels very overwhelming, and I don’t know what we can do, but we’re going to do what we can,” Rev. Eck said.

The United Methodist Commission on Relief (UMCOR) is in close communication with partners on the ground in Haiti and will be lifting up ways to help in the weeks and months ahead. Rev. Eck commends UMCOR for typically being the first ones in following a disaster and the last ones out.

If you would like to support recovery efforts in Haiti or to learn more, visit the United Methodist Global Missions page.