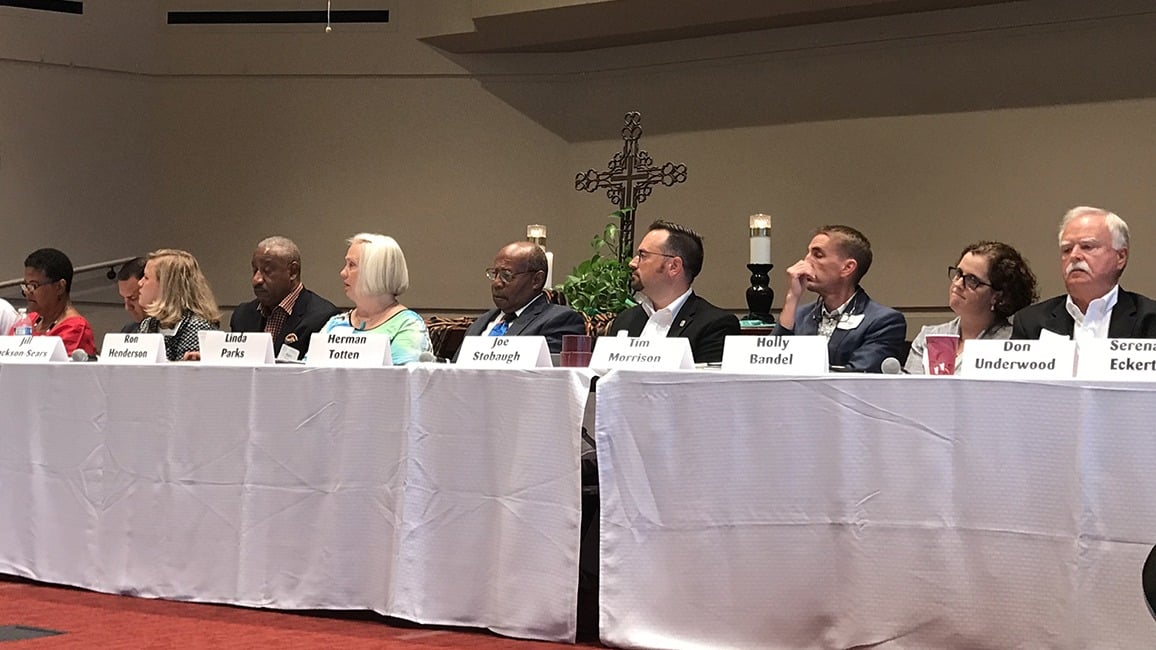 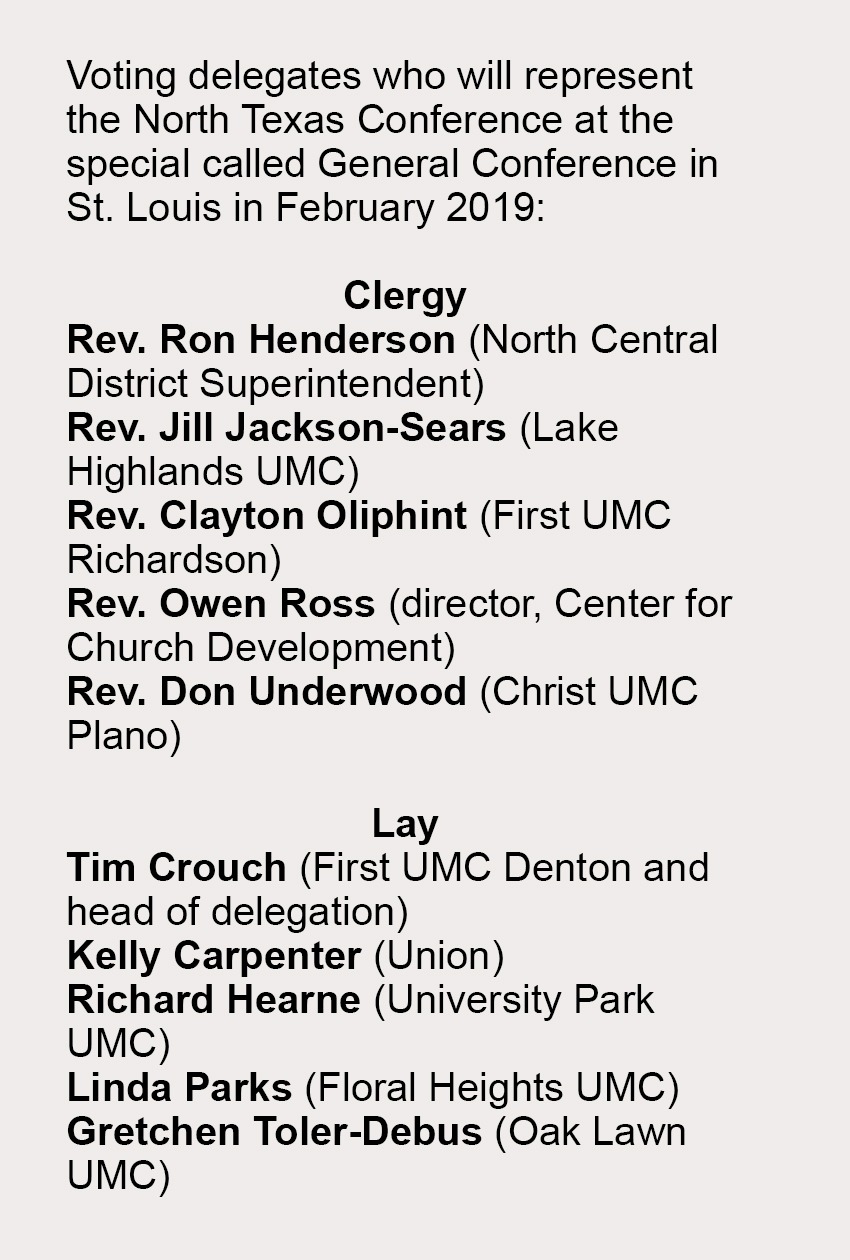 Papers rustled and attendees feverishly scribbled notes as messages came from speakers and video alike. There was considerable time given for hymns and prayer, but those attending “Listening for The Way Forward” – an event co-sponsored Saturday by the North Texas Conference’s Board of Laity and Lay Servant Ministries – were treated to an education of sorts about plans that could affect the future of The United Methodist Church.

More than 250 participants from across the conference packed into an overflowing Aldersgate UMC sanctuary to learn more about reports from the Council of Bishops on the work of the Commission on a Way Forward. The gathering was an opportunity to glean more from the 10 voting delegates who will represent the conference at the special called General Conference in February 2019 focused on how the church approaches matters of human sexuality.

“This is a difficult issue, how it threatens unity of our church,” said Tim Crouch, a member of First UMC Denton and head of the conference’s delegation. “When I talk about the unity of the church, it’s a kind of transformative experience I’m talking about. Invite people to come and have the opportunity to know Jesus Christ and take part in the life of the church because it’s truly transformative.”

Conference Lay Leader Jeff Bouis emphasized three critical tasks that we all can undertake in the run-up to February: be a non-anxious presence, remain focused on the mission of The United Methodist Church and pray. 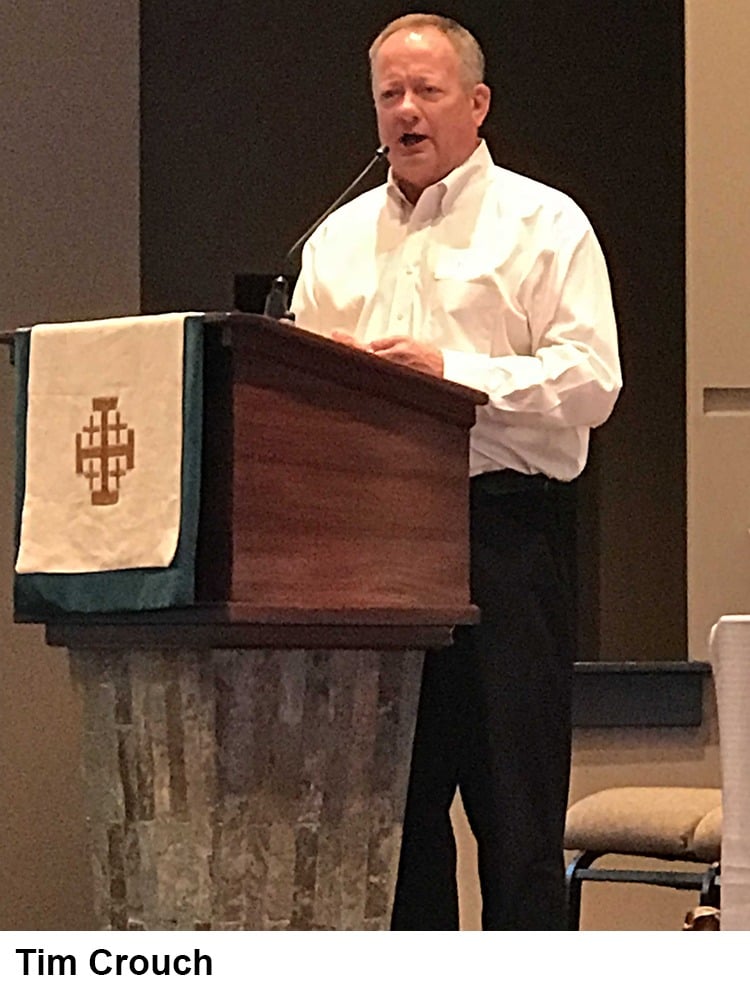 Doing so, he said, will go far in how we collectively approach the coming months and beyond.

“Fighting over human sexuality is not our mission,” Bouis said. “It’s not what we are called to do. If we get focused on fighting each other, then we are no longer focused on helping the people around us.

"We must stay united in mission, or the mission will never happen."

Crouch then introduced a video from Rev. Tom Berlin – a member of the Commission on a Way Forward and lead pastor at Floris UMC in Herndon, Va. – that describes in-depth each of the three plans scheduled to be presented to delegates: One Church Plan, Connectional Conference Plan and Traditionalist Plan. That immediately was followed by an open question-and-answer session that Crouch moderated.

Perhaps the most poignant aspect of the day was the time allotted for attendees to offer, in one-minute increments, their expressions of hope, interests and apprehensions about the upcoming General Conference. Responses from the 28 individuals who chose to speak represented a broad spectrum of deeply rooted beliefs … but all centered on what they feel is needed most for the future of a unified United Methodist Church.

Said one respondent: “We have a right to disagree, but we still have a right to respect and must love everyone no matter who they are. Remember: you can’t offer grace to some and not to others."