Just ask, and North Texas Methodists do their duty after Harvey 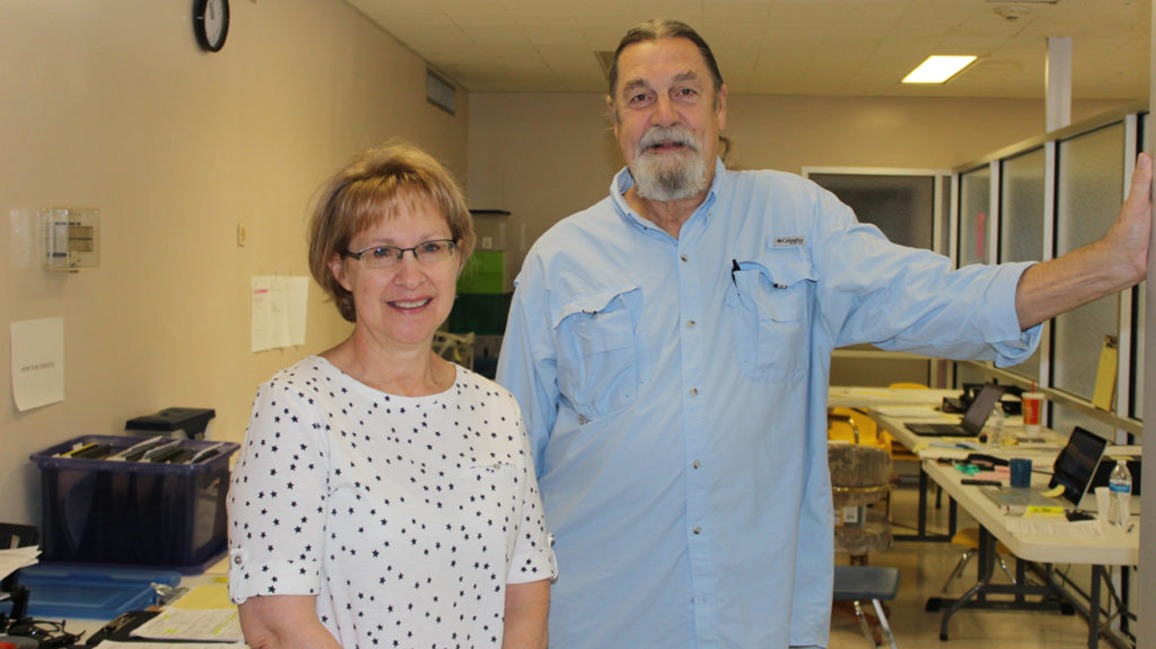 When Tom Nations first was asked to assist in Hurricane Harvey recovery efforts, the retired Denton firefighter politely declined. It had been a few weeks since the storm’s landfall, and Nations wondered aloud how he could help.

“It’s just not what I do,” Nations said. “What I like to do is be there in an emergency situation.”

It didn’t take long, though, for the First UMC Denton member to have a change of heart. Twenty-four hours after the initial request — Nations called it his “night of discernment” — he readily accepted the invitation when a second call came in.

Thus started a 16-day journey in Corpus Christi, where Nations put his 37 years of experience with the Denton Fire Department to good work.

But how does a career firefighter — who five years ago volunteered when the wildfires at Possum Kingdom Lake intensified — become an instant go-to volunteer worker after one of the greatest hurricanes in U.S. history?

Nations served 19 years as his department’s battalion chief, responsible for assigning daily duties and positions for personnel across seven stations. That’s precisely the logistical role Nations played in Corpus Christi, where he helped prioritize relief work in the area and deployed the early responses teams that were on site.

Stationed out of First UMC Corpus Christi, Nations took information put into the Crisis Cleanup computer program and identified the areas that needed the greatest assistance. He also fielded calls from homeowners, something Nations called a “humbling and gratifying experience for me” as he heard their stories of survival.

Teams from eight states, spread from Maine to Utah, converged on Texas to lend a hand. Nations worked with them all, sending them on daily calls and hearing them share stories when they returned at night.

“All these good Methodists were leaving in the morning clean but came back in the afternoon all filthy, smiling the whole time,” Nations said. “And even though I wasn’t out there with them doing the physical work, I know we all were doing God’s work in our own ways.”

Another North Texas resident, Diane Carnahan of Plano, spent a week volunteering in Corpus Christi. She responded to an email from her home church, Christ UMC, when it asked for volunteers to relieve others who had been working nonstop for four to five weeks.

Such work is nothing new for Carnahan, who recalled being part of Christ UMC’s first disaster response team about 13 years ago. All of Carnahan’s previous assignments kept her in North Texas, but she readily accepted the offer to help however she could along the Texas Gulf Coast.

The bulk of Carnahan’s work included entering data into meticulous reports needed by the Federal Emergency Management Agency that tallied the area’s specific recovery needs. She said it was eye-opening to see how nonprofit agencies worked with FEMA.

Once she was in Corpus Christi, Carnahan also put her hospitality skills to use for a couple days and coordinated breakfasts for the group of 35-40 volunteers.

Meeting fellow volunteers, who traveled on their own time and their own dime, won’t be lost on Carnahan anytime soon.

“It blew me away — I mean, you see that on TV, but to meet those people who did it was very special,” Carnahan said. “The generosity of their time and love was very touching.”