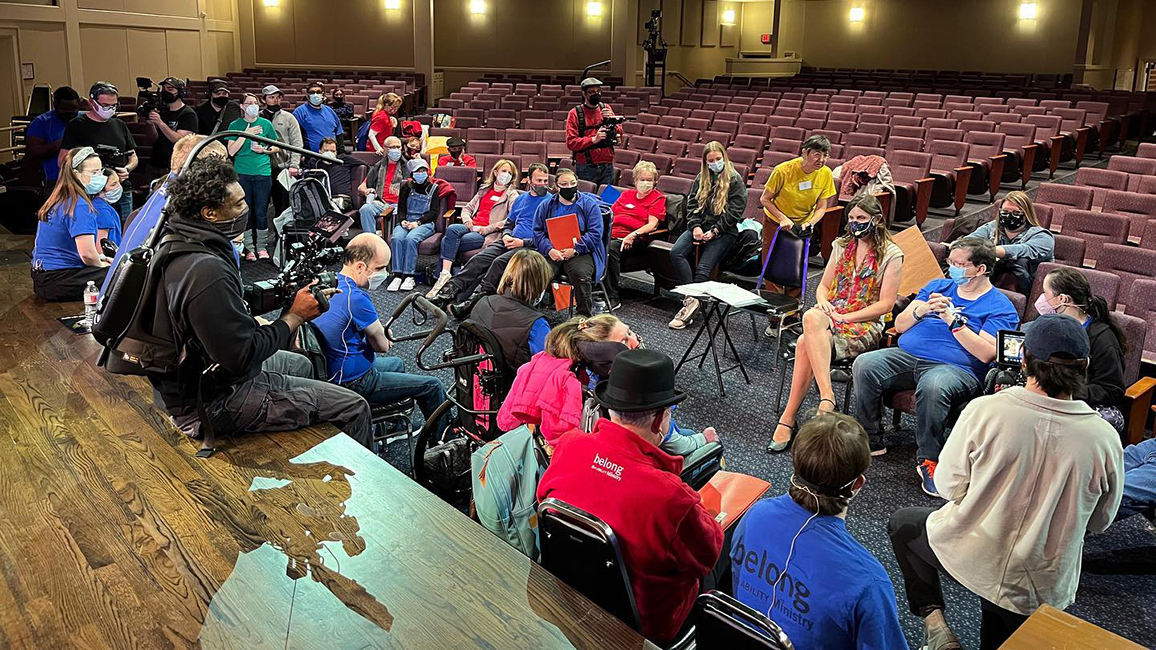 More than one set of lights will be shining on the cast members of Highland Park UMC’s Spotlight Musical Theater when their new play opens on Feb. 19. Spotlight is a theater group of older teens and adults with disabilities who work with a professional artistic team for six months to create and perform an original musical. This year a documentary crew has been following the process since they began last fall.

In February 2020, Highland Park UMC Senior Pastor Rev. Paul Rasmussen met with Stephanie Newland, Associate Director of Belong DisAbility Ministry, to celebrate the program’s 10-year benchmark and discuss what the future may hold for Spotlight’s 11th season and beyond. 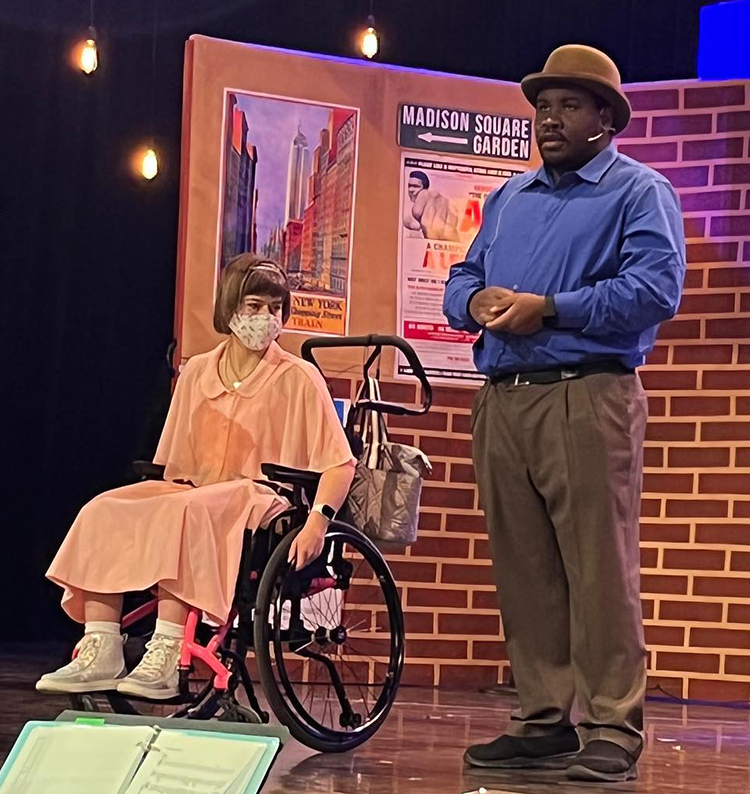 Rev. Rasmussen recognized Spotlight as “representing the best of what a local church can do.” He and Newland quickly came to the consensus that they wanted to share their successful model with other communities who might be interested in starting their own programs.

With contacts in the film production world, Newland began laying the groundwork for what would become a 90-minute feature film about Spotlight, set to be released in 2023. A Dallas-based film crew has been documenting the creative process, capturing rehearsals and interviewing cast members and their families in their homes to show the impact this program has made.

“We spend the first three weeks in September brainstorming themes, characters they’d want to play, and the message they want the show to portray,”  Newland said. Then an artistic team of eight music and theater professionals come together to craft the script, original score, and lyrics. “A lot of that comes verbatim from the members throughout the process.”

Newland has seen tremendous growth among the members of the community as the process of writing and developing these productions unfolds.

“My favorite part of the process is being able to witness the increased confidence of the actors in the show and see their skills being built,” Newland said. An actor who was nonverbal now speaks all the time. “Others have come out of their shell and improved in their verbal skills and their social skills. It’s fun to watch that growth.”

This year’s play is called In Our Hearts and highlights two main themes. One emerged because Austin Davenport, one of Spotlight’s longtime participants and a beloved member of the disability community, passed away suddenly.  Austin's wife is in the show.

"Loss and grief is one theme, and we also touch on racial and gender equality," Newland said. "The underlying message of the play is acceptance and belonging.”