Honoring The Pioneers Of Women’s Advocacy 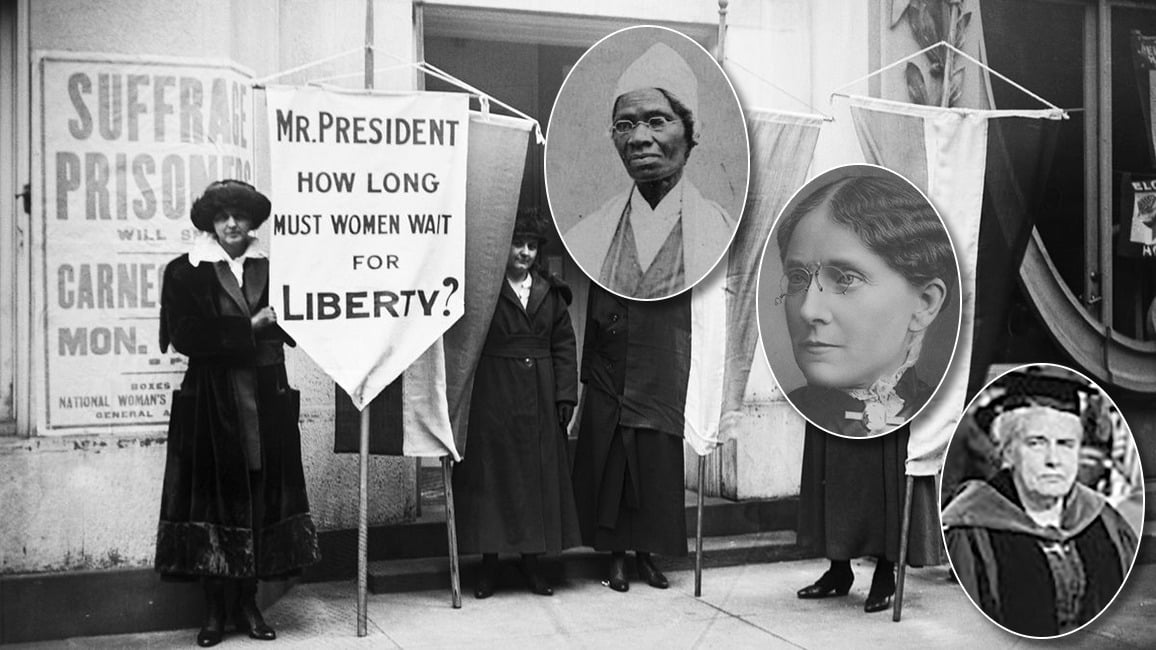 Women in the Methodist tradition have long had a history of social and political activism, stretching back to Sojourner Truth, Frances Willard and Anna Howard Shaw. (Main photo Bettmann Archive/Getty Images)

Methodists continue to play a significant role in breaking down barriers, 100 years after securing women’s right to vote

“If the voice of the people is the voice of God, how are we ever going to know what God’s voice is when we are content to listen to a bass solo?” – a question Anna Howard Shaw posed to a crowd in Albany, N.Y., in 1915. As our nation celebrates the centennial of the 19th Amendment’s ratification on Aug. 18, 1920, officially preserving a woman’s right to vote, we look to our lineage for inspiration from strong Methodist women who fought for this crucial step in a continued journey toward universal suffrage.

Women in the Methodist tradition have long had a history of social and political activism, stretching back to Sojourner Truth, who became a Methodist and an itinerant preacher after escaping slavery in 1826 and spoke bravely and prolifically as an abolitionist and women’s rights activist. Frances Willard, the leader of the Women’s Christian Temperance Union in the late 19th century, is remembered for her prohibition work, but her efforts included significant women’s suffrage activism to give women agency inside and outside of the home. Anna Howard Shaw, an ordained pastor and physician, was president of the National American Woman Suffrage Association in the early 1900s, lobbying alongside Susan B. Anthony and Alice Paul.

It is important to celebrate this milestone in our country’s history as one that empowered millions of disenfranchised citizens. It is also vital to acknowledge that even after women’s suffrage became the law of the land, Black, brown and Indigenous women were still denied the right to vote by the racist institutions of poll taxes, literacy tests and grandfather clauses.

For hundreds of years, Methodist women have struggled to recognize and rectify injustices that do not acknowledge all of humanity as beloved children of God, both in society and in the church. Initiatives like the Women’s Missionary Council’s Commission on Interracial Cooperation in the 1920s nurtured cross-racial dialogue and wrestled with the role white women held in the subjugation of Black Americans. The Women’s Division joined the march from Selma to Montgomery in 1965, and the United Methodist Women still today advocate for protection of equal voting rights for all.

Within the church, the struggle for ecclesial equity came up alongside the women’s suffrage movement, including advocacy for full laity inclusion and clergy rights for women, a goal not achieved until 1956, 36 years after the passage of the 19th Amendment. The creation of the Commission of the Status and Role of Women in 1972 established that women would continue to have their voices heard as bedrocks of The United Methodist Church’s mission and vision.

A true celebration on this 100th anniversary, then, would be to honor those who have stared unblinkingly into the face of oppression by continuing their work that is certainly not done, even a century later. Remind the girls in your congregations that not only can they become the President of the United States but a Bishop of The United Methodist Church, because of the brave, tenacious women who insisted each voice be heard.

As Anna Howard Shaw explains, “Now if it is true that the voice of the people is the voice of God, we will never know what the Deity’s voice is until the bass and soprano are mingled together, the result of which will be the divine harmony.”

Rev. Emma Williams is the Faith Formation director in the Center for Leadership Development of the North Texas Conference and the staff liaison to the Conference Committee on the Status and Role of Women.