Harris to Become Superintendent of Northwest District on July 1 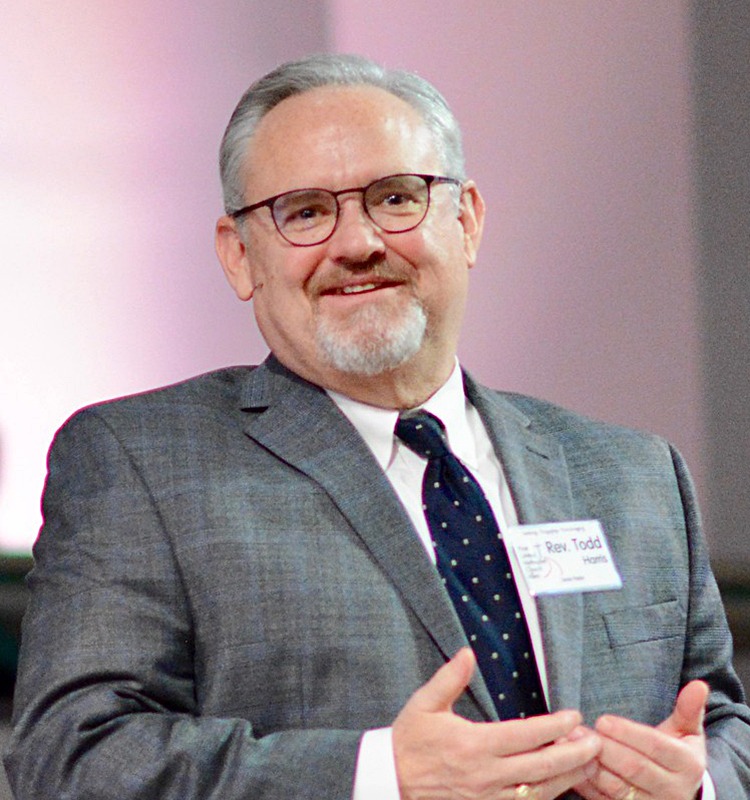 PLANO (Feb. 11, 2019) – Bishop Michael McKee on Monday announced the appointment of Rev. Todd Harris, who has served as senior pastor at First UMC Allen since 2006, to assume the role of District Superintendent of the Northwest District effective July 1, 2019. Rev. Harris will succeed Rev. L. Marvin Guier III, who is retiring after eight years as superintendent in the Northwest District.

“I am truly excited about the future and serving with the great churches, pastors and laity of the Northwest District to make disciples of Jesus Christ,” Rev. Harris said. “I am humbled by Bishop McKee’s appointment to serve as a District Superintendent and look forward to working with him and the other members of the cabinet. I am also grateful for the wonderful 13 years I have had with the congregation and community of First UMC Allen. My family and I are looking forward to this new chapter in our lives.”

In addition to his pastoral appointment, Rev. Harris also currently serves as chair of the conference’s Board of Pensions and Health Benefits (of which he has been a member since 2016. He previously served, in various capacities, on the conference Board of Ordained Ministry from 2003-11.

A 1985 graduate of Texas A&M University, Rev. Harris earned a Master of Divinity from Perkins School of Theology at SMU in 1990. He and his wife, Stephanie, have two children: daughter Kathryn and son Philip.

"Rev. Todd Harris has served admirably as the pastor of First UMC Allen and as Associate Pastor of Christ UMC Plano," Bishop McKee said. "In his roles on the Board of Ordained Ministry and as chair of the Board of Pension and Health Benefits, he understands the processes for persons to serve as local pastors or ordained clergy. He possesses the gifts and graces for the supervision, encouragement and growth for clergy.

"I am grateful to Todd and his family for agreeing to serve the laity, clergy and churches of the Northwest District and the North Texas Conference."

The Northwest District, whose office is based in Wichita Falls, comprises 62 churches in the North Texas Conference and extends from the Sherman-Denison area on the east to the Wichita Falls area on the northwest and the Decatur area on the southwest.


Hello my friend Todd, I am so proud of you and all the work that you have done that has prepared you for this blessing. God bless you, I have appreciated your friendship and know that you will do an excellent work for the Kingdom of God. Your friend, Ouida Lee


And to think we knew you way back when.
Congrats! Randy and Joy Dill