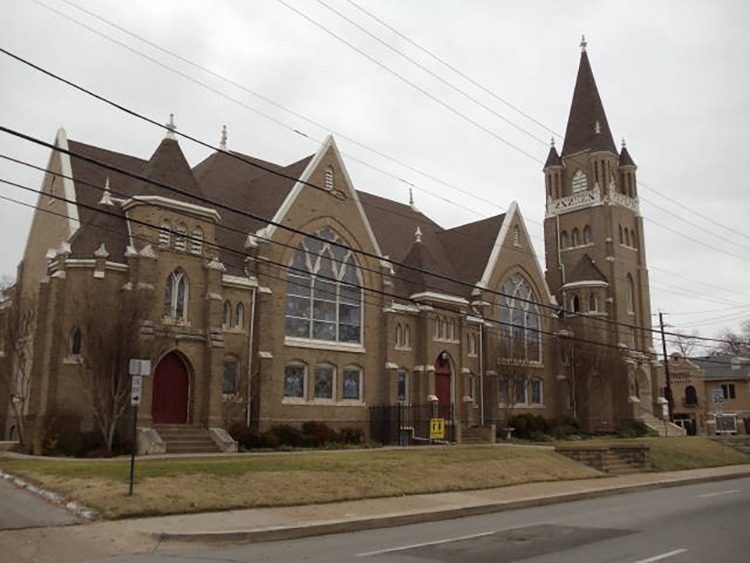 The National Fund for Sacred Places selected the venerable church for improvements, thanks to a Lilly grant

Grace UMC in Dallas has been selected as one of 17 recipients of a grant supporting capital-building projects.

The National Fund for Sacred Places, a program of Partners for Sacred Placesand the National Trust for Historic Preservation, launched last year with grants totaling $14 million from Lilly Endowment Inc. The fund will offer planning grants, professional services and capital grants ranging from $50,000 to $250,000 to a minimum of 50 congregations over four years.

The oldest congregation in Dallas that has worshipped in its same location, Grace UMC, turns 115 in 2018. It will use awarded funds to make the building more ADA accessible, invest in brick pointing and structural repair, and turn rooms in its steeple tower into spaces for community use.

Chad Martin, director of the National Fund for Sacred Places, said that Grace was well-positioned for acceptance into this year’s cohort, for which more than 220 congregations applied. The church, an example of Gothic Revival architecture, is in a once-affluent part of Dallas that has become more working class and ethnically diverse.

“Grace made a critical decision in the late 1980s, when they were faced with moving from the city to the suburbs or doubling down and investing in East Dallas,” Martin said. “We are thrilled with the opportunity to be a part of this major preservation effort and believe this project is of national importance for the stewardship of America’s sacred places.”

Said Rev. Judith Reedy, senior pastor of Grace UMC, “We are at the intersection of faith and history and community, and this has always given us hope.”

The final grant amount will be determined upon the completion of the technical support parts of the program — including training and project consultation.

Here is the complete list of National Fund awardees for the 2017-18 program year: