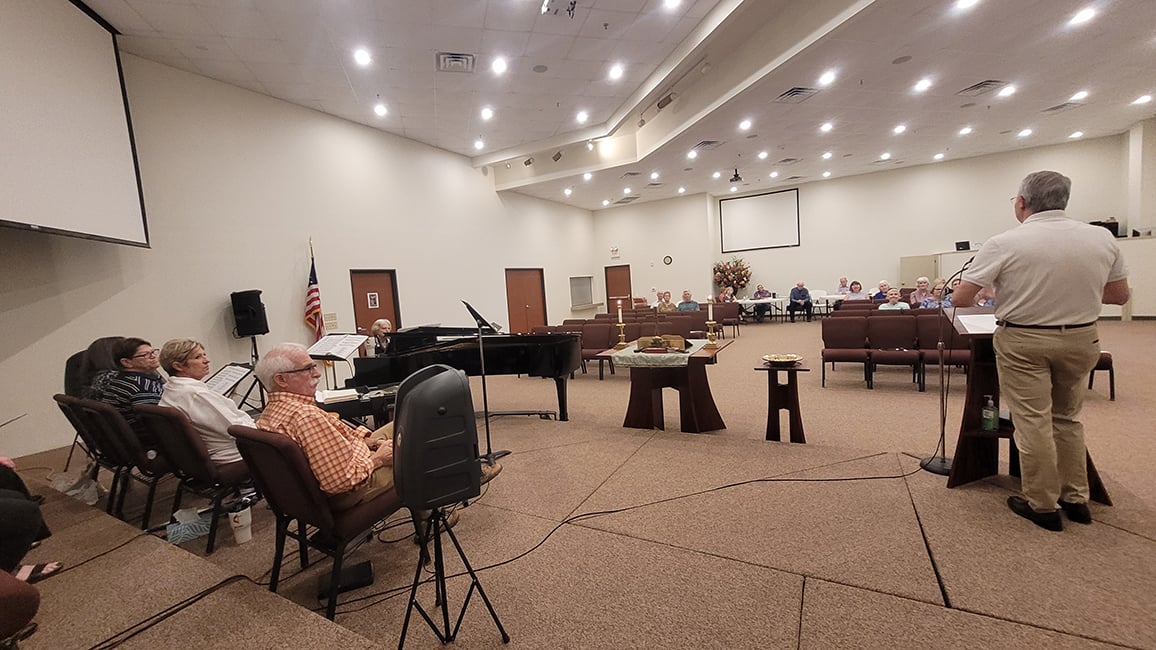 The church will "go dark," take time to reorganize, rename, rebrand and refocus before relaunching in about a year

On June 5, First UMC Krum held a church conference to discuss the possibility of “going dark” for a year. A balloon note was coming due at the bank and the church had been in decline while the town had been growing exponentially. The congregation decided at an all-church conference to partner with the NTC Center for Church Development to refinance the note, go dark for a season, rebrand and relaunch.

“Going dark” has its origin in military lingo, where the phrase describes the strategy of moving communications to channels inaccessible to outsiders, giving the appearance that communication has ceased. In the church, going dark is a season of metamorphosis for a congregation. The congregation communicates to the public through all means possible that it is closing. Like a caterpillar hidden in a cocoon, the church meets privately for a season of personal and congregational transformation in preparation for a new public season. At FUMC Krum, the estimated time for this process is approximately one year.

“Going dark is a creative and courageous way of holding space for really listening and trusting the movement of the Holy Spirit in order to discern who God is calling us to be now,” North Central District Superintendent Rev. Debra Hobbs Mason said. “I’m so proud of the Krum church for making this bold decision.”

On Aug. 21, FUMC Krum held its closing service, which retired the FUMC Krum name and began the season of going dark. The congregation will take down all public communications and appearances of continuation, including external signs, social media and community presence. The congregation will continue some of its community ministries but will operate under a name other than FUMC Krum in the spirit of going dark.

The congregation also will continue to meet weekly to work a two-phase process. The first phase of the dark season will be past-oriented. The congregation will spend time resting, assessing, healing and exploring the reasons behind decline during a period of rapid community growth. During the second phase of the dark season, the church, along with facilitators from the NTC Center for Church Development, will develop and implement a relaunch strategy.

Relaunching will include proven strategies for church planting, including leadership development, the development of ministries for the mission field, preview services, small groups and a launching strategy. The NTC anticipates the new congregation will contain most, and potentially all, of the current members of the existing congregation, but the congregation will be reorganized, renamed, rebranded and refocused to launch a new chapter of United Methodism in Krum.

No church in the North Texas Conference has previously tried the metamorphic strategy of going dark to this extent.

“We continually search for ways to reinvigorate and revitalize damaged bodies,” said Dr. Rocky Ellison, pastor of FUMC Krum. “This process could do for churches what organ transplant or stem cell therapy has done for humanity. That's my prayer."