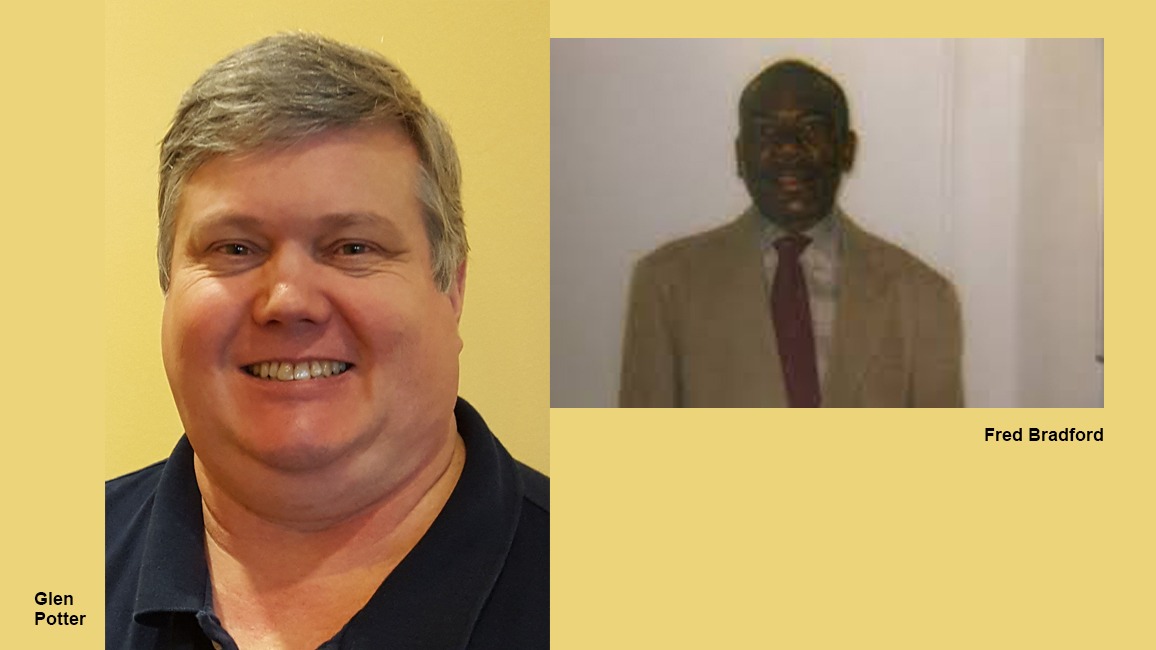 Many Christians quote the scripture, “Love your neighbor as yourself” (Matthew 22:39), but rarely show it. Glen Potter is a man who takes that scripture seriously and shows it by getting involved in several missions.

Potter, a member of St. Andrew UMC in Plano, has worked several years in the client intake department of St. Andrew’s Seven Loaves Community, which helps neighbors who struggle to provide the basic necessities for themselves and their families.

The scripture Micah 6:8, “And what does the Lord require of you? To act justly and to love mercy and to walk humbly with your God” also motivates Fred. For many years, he has participated in the Carter High School Alumni Angel Tree program and fed officers at a police station in a disadvantaged part of Dallas.

But it is his mission to help get justice for a high school friend who died in 2013 in a police incident that’s really been driving him lately.

Potter, who is white, and his friend, Fred Bradford, who was black, were in the Class of 1980 at Dallas ISD’s Carter High. It was a time when the Dallas public schools were just beginning to desegregate.

Potter and Bradford were not best friends, but they had a mutual respect for one another. As classmates often do, they lost touch over the years.

On June 8, 2013, Potter was shocked by a story about Bradford’s death on Channel 4-Fox News, and he has been on a mission ever since to keep this case highlighted.

On April 12, 2013, Bradford, 51, was riding a bicycle at 10:45 at night. According to The Dallas Morning News, Police Officers Bryan Burgess and Michael Puckett “observed suspicious activity” when they saw Bradford, who had no criminal history, lean into a car window in East Oak Cliff. The car left the scene, and Burgess pursued Bradford in the squad car while Puckett gave chase on foot. The police car struck Bradford, and that’s where things get murky. Bradford, who had no drugs or alcohol in his system when he was taken to the hospital, died of his injuries on May 13, 2013.

Potter and several of his classmates believe Bradford’s death is a symptom of bigger issues in North Texas and across the United States. And they believe that Fred Bradford is a person who deserves justice and truth.

“I have found that unless you’ve been touched personally [by a police-related incident], it’s hard to get involved,” Potter said.

He has been very vocal about the length of time it took for media coverage about the incident and how long it took for the officer who was driving to be arrested and subsequently indicted.

Potter has discussed the case on radio shows, at group forums and in town halls, and he created a Facebook page, Friends for Truth and Justice. The Facebook page is a place for friends and classmates to keep up with the case.

He was so vocal about the death that Mothers Against Police Brutality contacted him to work with them.

Though not a member of the group, he has participated in Mothers Against Police Brutality marches and events to highlight Bradford’s case.

He has also helped Bradford’s mother and sister adjust their expectations about getting justice.

“They saw the quick arrest, indictment and trial when the Kaufman County district attorney in 2013 was shot and killed,” said Potter. “They thought, ‘OK, next month we’ll go to trial.’ But when I learned more about the process, it doesn’t always work that fast. The D.A. has to do their own investigation before they recommend a case to go to the grand jury.”

Potter is beginning to see some fruit for his labor.

“It took so long to get anything in the press that it felt like it was just going to disappear again,” Potter said. “So I tried to motivate my classmates to get involved since a lot of them had public visibility.”

Since Potter has been involved, there have been stories in The Dallas Morning News and Dallas Observer.

And now the trial for the indicted officer has been set for April 2017. Potter will be watching to see what happens because he wants to complete his mission for Fred Bradford.

Here are the events in the case of Fred Bradford, according to reports in The Dallas Morning News.

The officers said Bradford was in the alley and reaching into a car “occupied by unknown individuals.”

When the officers tried to make contact, the car drove away and Bradford, who had no criminal history, took off on his bicycle. Puckett chased Bradford on foot, and Burgess followed Bradford in his squad car. They pursued him to the 3100 block of Julius Schepps Freeway, where the officers say Bradford turned his bicycle and collided with the squad car.

Then-Police Chief David Brown said the officers waited eight minutes before calling for medical attention. The chief said that before the ambulance’s arrival, Burgess moved Bradford, the squad car and the bicycle. The chief also said the officers did not tell paramedics that it was the squad car that had hit Bradford. He said there was no in-car video recording of the incident because the tape was full.

A traffic investigator concluded that Bradford was at fault for the accident based on the statements of the officers, Brown said.

Bradford suffered severe internal injuries and died May 13, 2013, in the hospital. The Dallas County medical examiner ruled that his death was an accident caused by complications related to blunt force injuries.

“He had eight broken ribs, a broken back and injuries to his left ankle,” Brown said.

Brown said he wasn’t satisfied with the findings of the traffic investigator so he ordered the department’s special investigations unit to look into it.

“This story just didn’t seem right to us,” Brown said.

He said Puckett turned over an audio recording of conversations that occurred shortly after the accident.

“This recording revealed that Officer Burgess had made a false statement regarding the facts of the case,” Brown said.

In August 2013, Brown fired Burgess and Puckett. On the same day he was fired, Burgess was arrested on a charge of criminally negligent homicide.

Chris Livingston, an attorney representing the officers at the time, said they denied wrongdoing.

“The city’s expert accident re-constructionist said the damage to the patrol car showed the bicyclist struck the side of the patrol car,” Livingston said. “Firing Officers Burgess and Puckett under the pretense that the patrol car ran over this bicyclist is the antithesis of logic. Cars don’t travel sideways. These officers did not lie, and they will appeal.”

Livingston said: “I don’t interpret the recording the way the investigators have. Burgess didn’t move the crime scene. Burgess moved his squad car from under the bridge in order for the ambulance to get to where the victim was.”

Puckett did not witness the accident, Livingston said. “If it’s their position that Burgess has lied, then Puckett is being fired because he took the word of another police officer,” he said.

In November 2013, the city of Dallas settled a lawsuit filed in June by Virginia Bradford, Fred Bradford’s mother. The City Council approved the $1.15 million settlement on December 5, 2013.

In October 2014, Burgess was indicted on a manslaughter charge. The next week, the Dallas Police Association president, Ron Pinkston, alleged the indictment was politically motivated and blamed Craig Watkins, who was the Dallas County district attorney then.

Burgess’ attorney, Robert Rogers, said evidence showed that Bradford was at fault. And Rogers said Burgess passed a polygraph test even though Brown said the officer hadn’t been truthful with investigators.