First Lewisville Cartoonist Draws on the Word of God 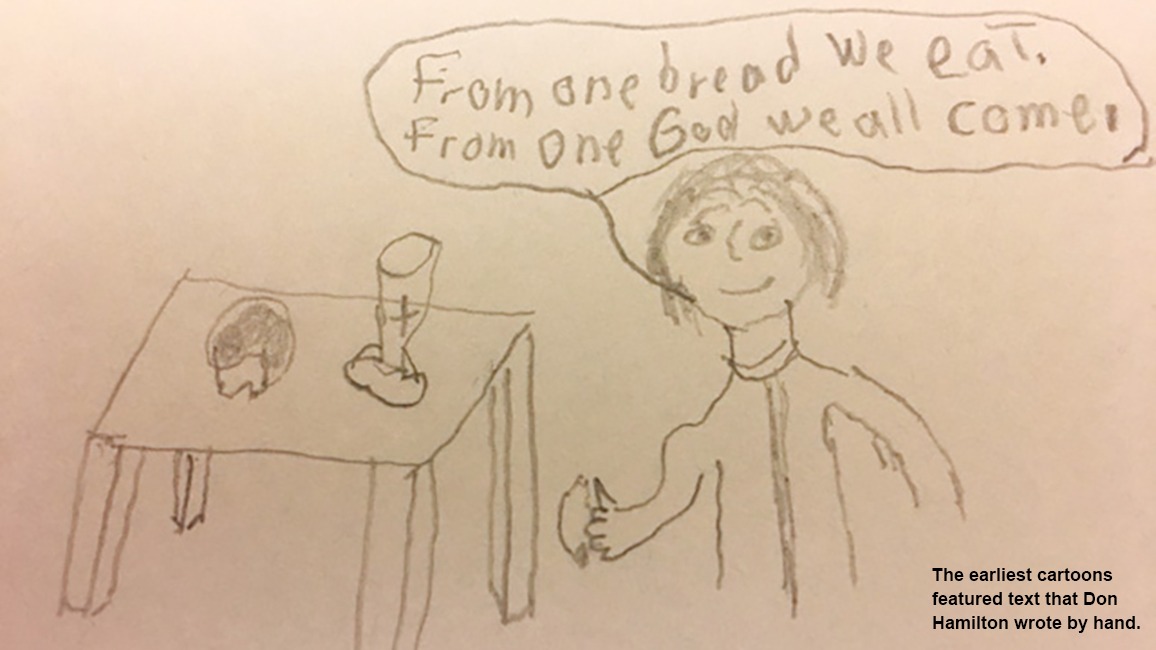 You might call Don Hamilton, a certified lay servant at First UMC Lewisville, the unintended cartoonist.

As 2016 turned into 2017, Hamilton found himself doodling during Sunday church services on sermon note cards.

“It came upon me to do these — it’s embarrassing — to keep myself from dozing off during the sermons,” Hamilton said. But as the cartoons developed over time, he said, “I think I’m being called by God” for evangelism and discipleship. 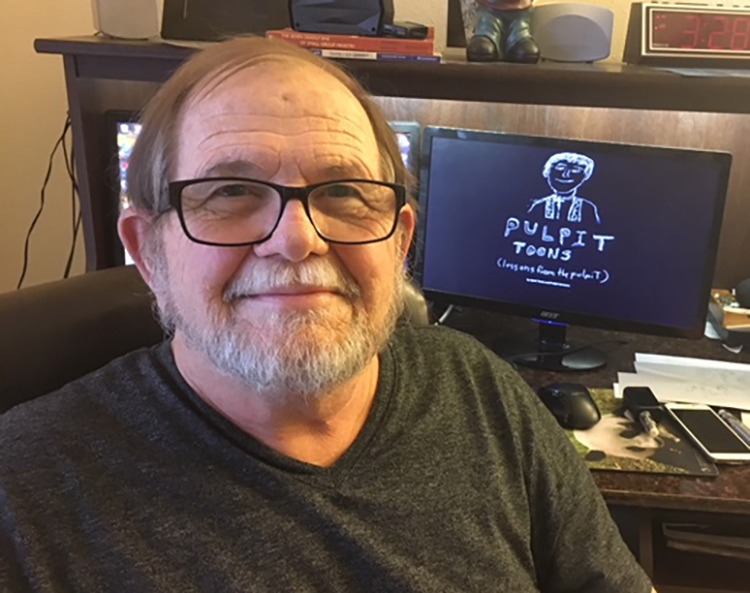 Hamilton started out by including the cartoons on the First Lewisville evangelism Facebook page as a nice way to remind people of the main points of the last sermon. Figuring that other members, like him, are visual learners, he saw the cartoons as reinforcing the messages that congregants had heard on Sunday but perhaps didn’t retain a few days later.

From there, his sketches morphed into Pulpit Toons, a series of single-frame cartoons that each contains a simple lesson. He expanded the concept to business cards that display a calendar on one side and a Pulpit Toon on the other, an unobtrusive conversation starter for evangelism, he said. And he has done some work toward a wall calendar featuring his characters.

Hamilton, who has spent his career in computer databases, has no background in art. His characters are drawn either full-face or as a profile. He fusses with the collars, with many of them ending up as turtlenecks. He’s also gained an appreciation for the differences in noses.

“I sit and look at people [in the pews] and get inspiration” for characters, said Hamilton, who, with his wife, Debbie, often visits other United Methodist churches. “They wouldn’t know it was them.”

He’s also drawn inspiration from the comics Sherman’s Lagoon, Pickles and especially Pluggers, whose single-panel format gave him a template for his typical one- or two-character scenes.

Lately, he has experimented with 3-D imagery to bring more depth to his drawings. He’s been playing with inserting 3-D characters into a photo of, say, a street scene to make the cartoons more sophisticated.

Ideally, Hamilton said, he would like to write devotionals and pair them with the cartoons on a subscription site charging a nominal fee. The money would go to good causes much like those at the nonprofit Christian Community Action, where he works as a database administrator.

Until then, as he says in one panel, “Stay Tooned.”