Filipinos Carried Passion For Ministry From Homeland To North Texas 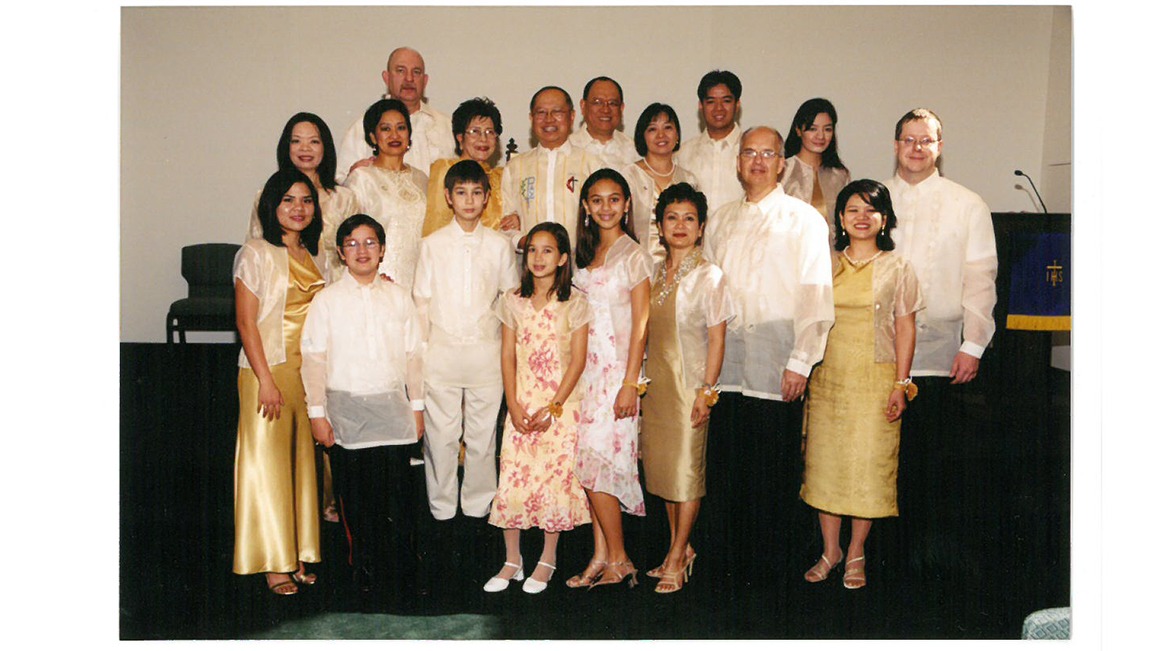 In celebration of Asian American and Pacific Islander Heritage Month, we honor Rev. Eduardo Cajiuat and his wife Amelita “Amy.” After coming to the area in the 1980s, Eduardo and Amy left an impression on the North Texas Conference and everyone they met.

The Cajiuats were born pre-World War II and grew up in the Philippines during the Japanese occupation. Eduardo recalled seeing the Japanese fighter jets flying overhead and later the American bombers coming … just as General Douglas MacArthur promised.

After the war, the couple met at a United Methodist Youth Fellowship event. They married in 1954.

Amy graduated from Harris Memorial School with an associate’s degree in social work. The Women’s Society of Christian Service (WSCS), the predecessor to United Methodist Women, encouraged her to earn a Bachelor of Science and Master’s in social work at Philippines Women’s University.

While attending school to be a deaconess, Amy was appointed to Meycauyan Bulacan as choir director. She went on to conduct more choirs, and each one was invited to perform at other churches and music festivals. Her choirs held reunions in later years.

Eduardo graduated from Union Theological Seminary in 1959 with a bachelor’s degree in theology and later received his Master of Sacred Theology from Drew University School of Theology in 1966.

Eduardo spoke four languages and interpreted for Japanese and American soldiers during World War II. Later, he translated The Upper Room to Filipino in the 1960s. While Eduardo was attending seminary at Drew University, Amy took over translating duties.

Eduardo and Amy worked as a team in ministry for the churches he pastored. She led choirs, served as director of Christian education and serve in the WSCS at the local and national level as president … all this while raising five children.

Amy had a sharp mind and a keen memory. She remembered who attended church each Sunday and took attendance. If someone wasn’t there, she checked on them.

“If there was a Ms. Evangelism, she would have won,” said Rev. Grace Cajiuat, Eduardo and Amy’s daughter and pastor of Wesley UMC in Kenosha, Wisc.

In 1985, he felt a call to come to Dallas as a church planter. In 1989, he began at what is now Faith UMC in Richardson. It was a small church but outgrew its building quickly.

“His life was the church. He loved the church and everything about it,” Grace said.

Their work for the United Methodist Church continued in the North Texas Conference. While Eduardo served as pastor, Amy served on the Commission for Race and Religion. She was known for her ability to bring people together. While chairing the commission in 1992, she presented a resolution on “Gospel Call to a New Beginning” relating to Native Americans.

Amy’s worked in the Dallas area was as a nephrology social worker. She helped patients through dialysis. Always the evangelist, she prayed with them and found ways to make treatment better. Her work earned her an award from the National Association of Nephrology Social Workers.

Amy passed away in 2009 and Eduardo in 2015, but their dedication to their faith and The United Methodist Church had a lasting impact not only on the conference but also on their children. Each chose a path of service and ministry either as clergy or laity.

“We are all in the ministry,” Susannah said.