Expect to Say ‘Aha!’ on the Gospel of Luke 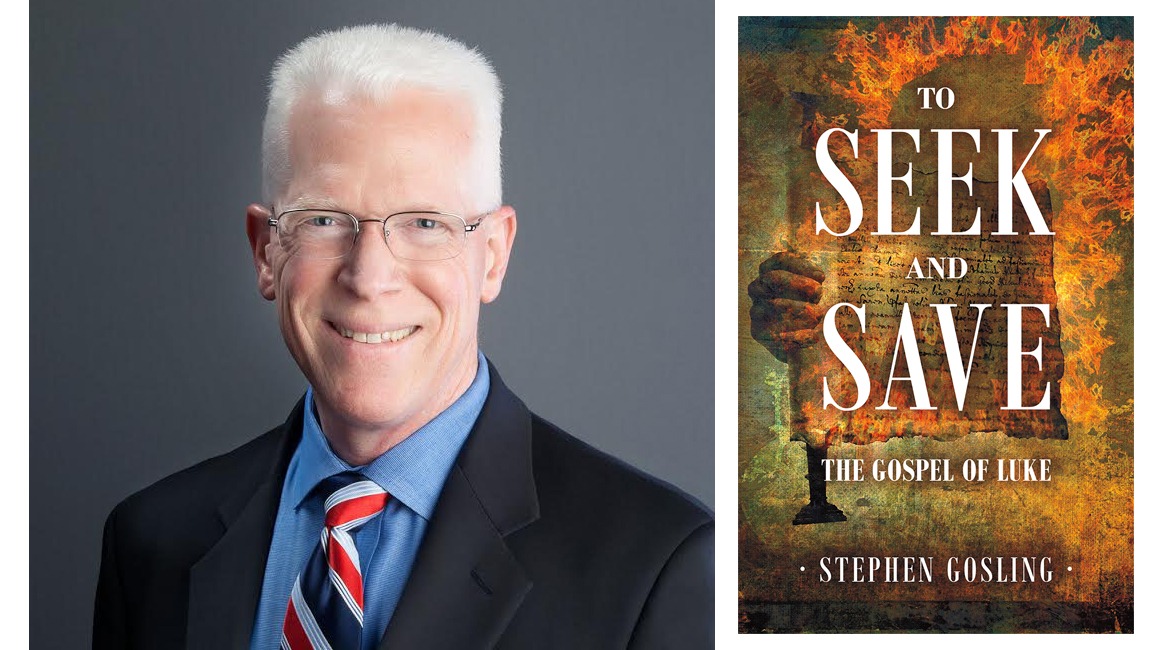 You’ve heard “Let go and let God.” But how many people follow that advice?

Stephen Gosling, a member of Vista Ridge UMC in Lewisville, struggled before he finally let go. And when he did, God opened the door to a new career he didn’t expect.

Gosling spent 42 years in commercial construction, the last year working with an architect. But God, and Gosling’s Bible classes, set into motion his becoming an author.

“I’m really a teacher. I’ve been teaching the Bible for over 25 years,” said Gosling. “My students would tell me I should write a book, especially after they’d taken my class about Luke.

“I taught about all the many of the books in the Bible, but Luke was a very popular class,” he said.

He started working on a book based on his lessons, got about halfway through and paused because of work.

“But God made the final decision. I ended up unemployed,” Gosling said. “And even in one of the most robust construction markets in the country, I couldn’t find a job. It was unbelievable. I thought it was because no one wanted to hire someone with lots of experience and who had been well-paid.”

But as he prayed to God, anguishing that he wasn’t getting anywhere on the employment front, God answered, “Why do you think I had you get out of the work environment? It was so you could work full time on this book. Now get to work on the book!”

So Gosling did as God told him, and the words flowed. Soon, To Seek and Save: The Gospel of Luke was born.

Gosling’s book serves as a companion to the Gospel of Luke. It can be used for adult Bible study, as a resource for Bible study teachers or simply a book for someone who wants to know more about Luke. It’s also appropriate for high school students, Gosling said.

“It’s an introductory book. I don’t pretend that it’s any more than that,” said Gosling. “But I’ve even had some Bible scholars and students of the Bible tell me ‘I didn’t know that!’ after reading my book.”

Gosling writes from a different perspective. And he doesn’t stick strictly to Luke to substantiate the word.

“I like to bring in the other scriptures to tie it together. I’m a strong believer in the consistency of God’s word throughout the Bible,” he said.

By including other scriptures, he shows people “this isn’t the first time this was said. It was said back in Leviticus.” Christians, he said, “don’t read much of the Old Testament.”

Gosling said he gravitated to Luke because of Luke’s perspective of inclusiveness.

“Luke, a gentile, included a lot of women — more than any other Gospel,” said Gosling. And Luke, he said, emphasized that Christ performed the act of salvation for everyone — “male, female, gentile, Greek or whatever, it doesn’t matter.”

Luke is very detailed in his writing, said Gosling, who drew on writings by Charles Swindoll, William Barclay, and Matthew Henry to fill in gaps for the typical Bible student.

“I think the Bible takes some interpolation,” Gosling said. He interpolated for readers so “they will say, Oh, I get it.

“So when people get to that ‘aha’ moment, it means God’s message, given to Luke, written down by Luke, was finally transferred to that reader. That, to me, is a success, and that is the success of this book.”