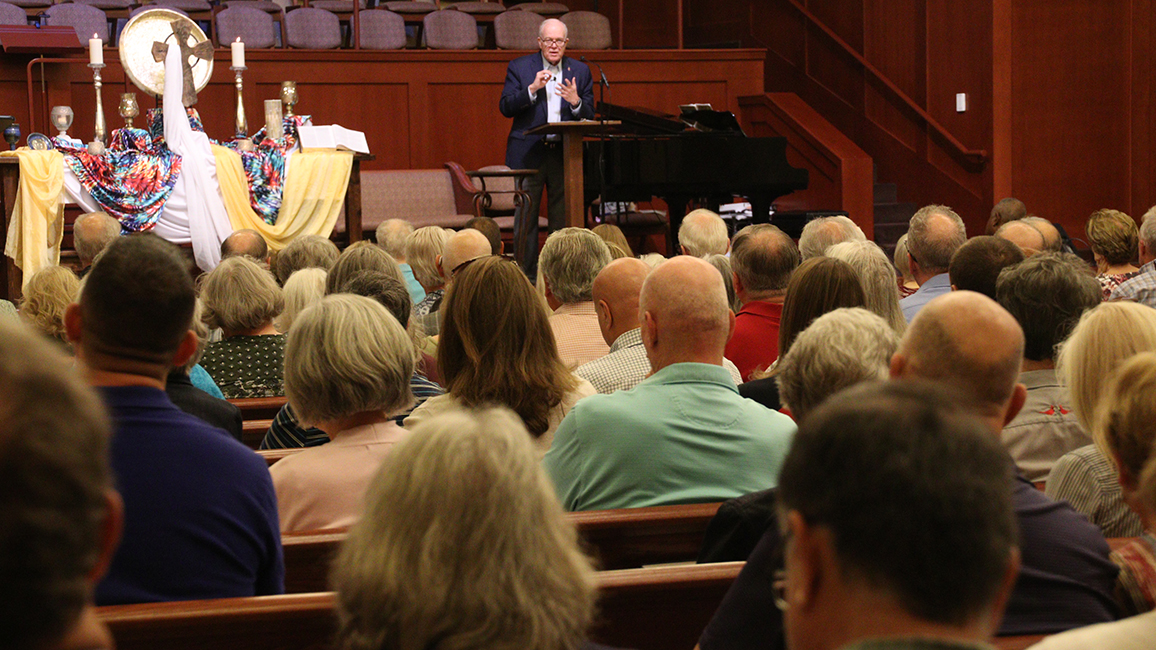 This month the North Texas Conference began implementing the approved disaffiliation process, engaging with those congregations that have requested participation and facilitating the first congregational conversation as outlined in the plan.

The General Framework for the Disaffiliation Process, presented by the Conference Board of Trustees at Annual Conference 2022, includes the standard terms of disaffiliation, which reflect best practices from across the connection, as well as the timeline and “playbook” for the conference’s formal disaffiliation process.

During the Trustees’ presentation at Annual Conference, members raised questions from the floor, including around issues of property insurance and retirement benefits. Following the event, Rev. Chris Yost, chair of the Conference Board of Trustees, and Rev. Andy Lewis, director of missional outreach and assistant to the Bishop, met with a representative group to hear questions and concerns and incorporated some of their ideas in a revision of the disaffiliation process, which was subsequently approved by the Board of Trustees.

“While it is regrettable that The United Methodist Church finds ourselves at this point, it has been and continues to be our intention to operate in good faith from a place of fairness and respect,” said Rev. Lewis, who is overseeing the disaffiliation process on behalf of the conference. “Taking the time to receive feedback about the process and making some adjustments has fine-tuned the process and reflects our commitment to dealing in good faith.”

Over the last month, the NTC has trained a group of approximately 60 clergy and laity to serve on discernment teams, walking alongside churches as a part of the disaffiliation process as they discern their future relationship with The United Methodist Church. On July 18 one of the newly trained teams facilitated the first congregational conversation for a participating church, convening the church members to engage in dialogue with one another and to hear the reasons why church leadership has proposed disaffiliation, to discuss the identity of the North Texas Conference and to gauge initial congregational sentiment around disaffiliation.

“We designed the discernment phase of the process to create a safe space where every voice in the congregation can be heard; the importance of this approach was underscored in the first of these meetings,” Rev. Lewis said. “We know the decision for a church to disaffiliate is one that cannot be taken lightly, and ideally, the discernment phase should be a communal one that ultimately surfaces the desire of the full congregation.”

Rev. Lewis advises that any congregation seriously discussing disaffiliation engage with the NTC in the approved disaffiliation process. “For any of our churches considering disaffiliation, participation in the NTC process is the most faithful action they can take. Being in this conversation together, as hard as it may be at times, is the healthiest way for us to move forward and offers a strong public witness for Christ.”

To date, 10 NTC congregations have formally entered the disaffiliation process and are preparing to begin the discernment phase, with another handful across all four districts still weighing the decision.

General Framework for the Disaffiliation Process