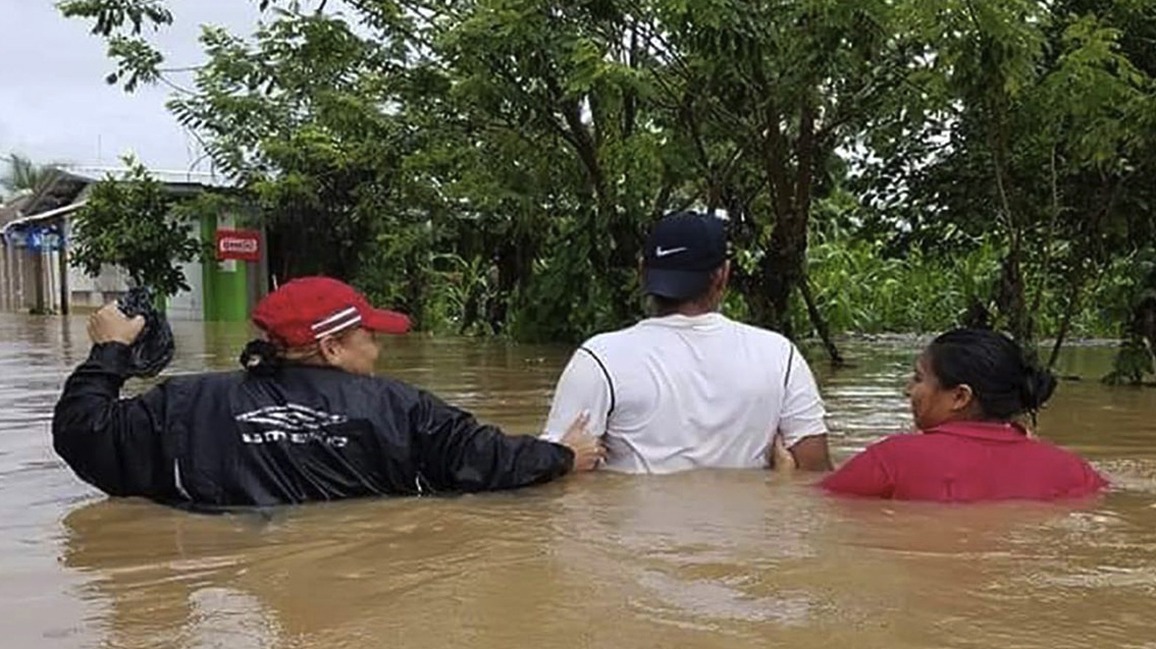 Photos courtesy of the United Methodist Mission of Honduras

The passage of Hurricane Eta has devastated Honduras. Early estimates report that two million Hondurans have been affected by the storm, which so far has accounted for 58 deaths and nearly $5 billion in economic losses (50 percent of the country’s Gross Domestic Product). These totals are expected to go up as Hurricane Iota, which made landfall late Monday in Nicaragua, is on a path toward Honduras.

The United Methodist Mission in Honduras reports significant impact on communities in the areas of Yoro, Cortés and Colón.

In Yoro, the Subirana community remains isolated, the pastor there and her family are doing well. In the Negrito community, there was a lot of damage, and the congregation has organized to provide food support to those affected in the area. In the area of Colón, the United Methodist Church of the Good Samaritan has been providing food and relief support to people from the TECOA community, La Ceibita. The temple was initially equipped as a shelter, but at this time it has not been necessary to use it. However, the need for food, clothing and foam mattresses remains a priority.

In the area of Cortés, there are four affected communities: Choloma, Chamelecón, Valle de Sula and Villanueva. There is a large number of people in shelters or in neighboring houses, many of whom have lost everything. These communities remain without water or electricity. A large amount of mud needs to be removed, since cleaning tasks are difficult due to the lack of water. This will only bring about other health problems generated by these conditions, such as diarrhea, allergies and respiratory problems. In Valle de Sula, support with prepared food has been an important activity since the emergency began. Some people who have the ability to cook in their own homes have also been supported with food packages. A collection center has been established for the donation of clothing and other basic necessities.

The churches of Tegucigalpa have organized to support the communities in the northern zone, collecting food and clothing. Recently, they made the trip to the area to deliver prepared food and bags with food and clothing.

In addition to prayers for our mission partners in Honduras, you can also donate to the North Texas Disaster Relief Fund and designate your contribution to assist Honduran relief efforts. For more information, email Rev. Andy Lewis, director of the North Texas Conference Center for Missional Outreach.