A pastor who treats her tiny church as a startup, a laywoman who never stops and a teen who spreads kindness at school whether in Dallas or Belize were chosen for the Harry Denman Evangelism Award in the North Texas Conference.

Here are “whys” behind the winners for the Harry Denman Evangelism Award, presented by each United Methodist Conference to one clergy, one layperson and one youth for Wesleyan evangelism that consistently introduces others to the good news of Christ.

The Harry Denman Evangelism Award program honors United Methodists in each annual conference whose exceptional ministry of evangelism — expressed in Word (what), Sign (why), and Deed (how) — brings people into a life transforming relationship with Jesus Christ. 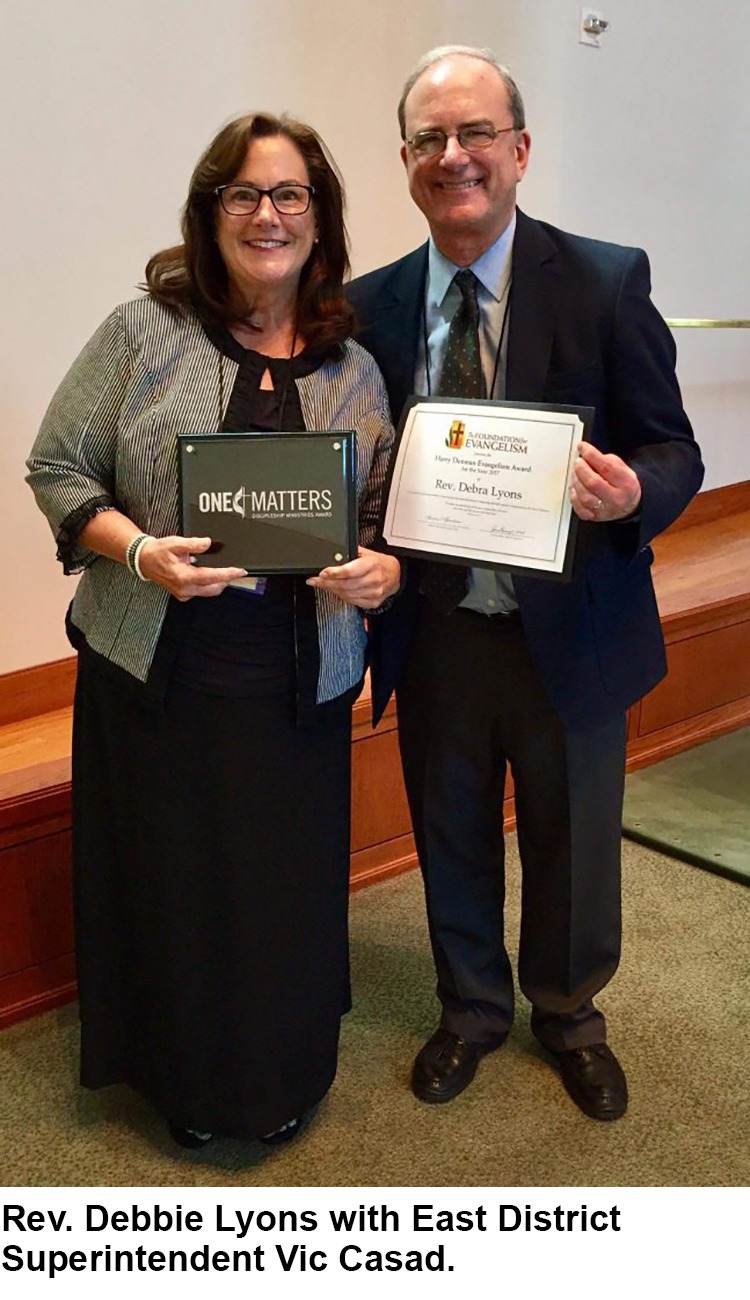 She joined the Chamber of Commerce and was soon on its board. She helped organize the Lions Club. She helped establish the Caddo Mills ISDFoundation Board and organized the City Parade and Carnival. Caddo Mills UMC organized a Kids Beach Club, a type of vacation Bible school/after-school program at the local elementary school. The church also started a summer lunch program. It has become the school district’s go-to church when children need special assistance and support, whether at Christmas or throughout the year.

“It’s been like a slow but steady turtle,” Rev. Lyons says, “and having a female pastor in a small town is still an adjustment for folks.”

Most of the new church members were unchurched or from other faith backgrounds.

“I think they are attracted to our church because of our Methodist approach to grace. When you come into our church people are really kind and very welcoming,” she says.

In 2016, Caddo Mills UMC ran out of sanctuary space for morning worship. This past spring, members completed the expansion of their sanctuary, and the church now has a larger, multi-purpose space with a raised ceiling and new multimedia equipment. 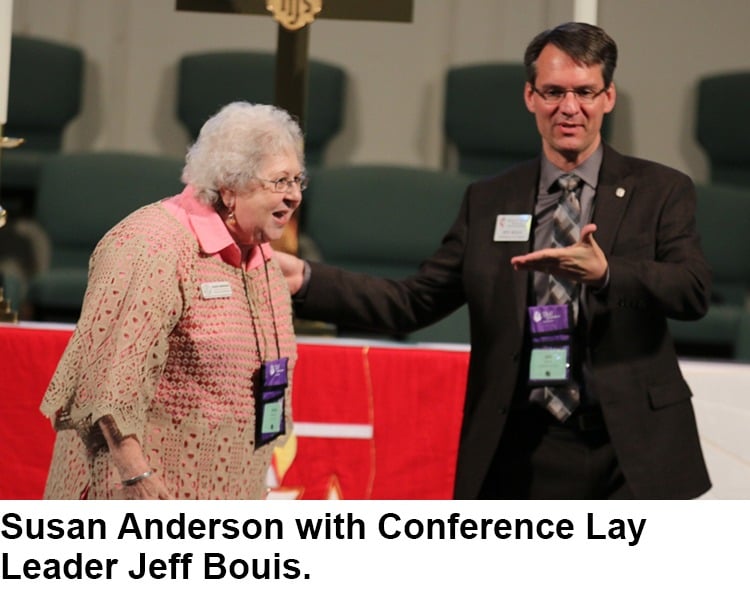 Beyond the local church, Susan is on multiple committees at the district and conference level. A Certified Lay Servant, she is a popular Lay Servant teacher and organizes the Lay Servant material online. In 2005, she worked with multiple churches across denominations to organize a weekly worship service at a local retirement center, where she still leads worship.

She represents the church at the Lake Cities Chamber of Commerce, sharing the message every week that the church cares for all within the community. She’s shown God’s love to countless children through her many years as a kindergarten teacher, and her devotion to their well-being led Susan to serve as president of the Lake Dallas ISD Board of Trustees.

She’s considered a model of character, integrity, and leadership within the church and beyond. Her contribution to the evangelistic ministry has been a gentle yet steady example on the effectiveness of accomplishing goals for the greater good. 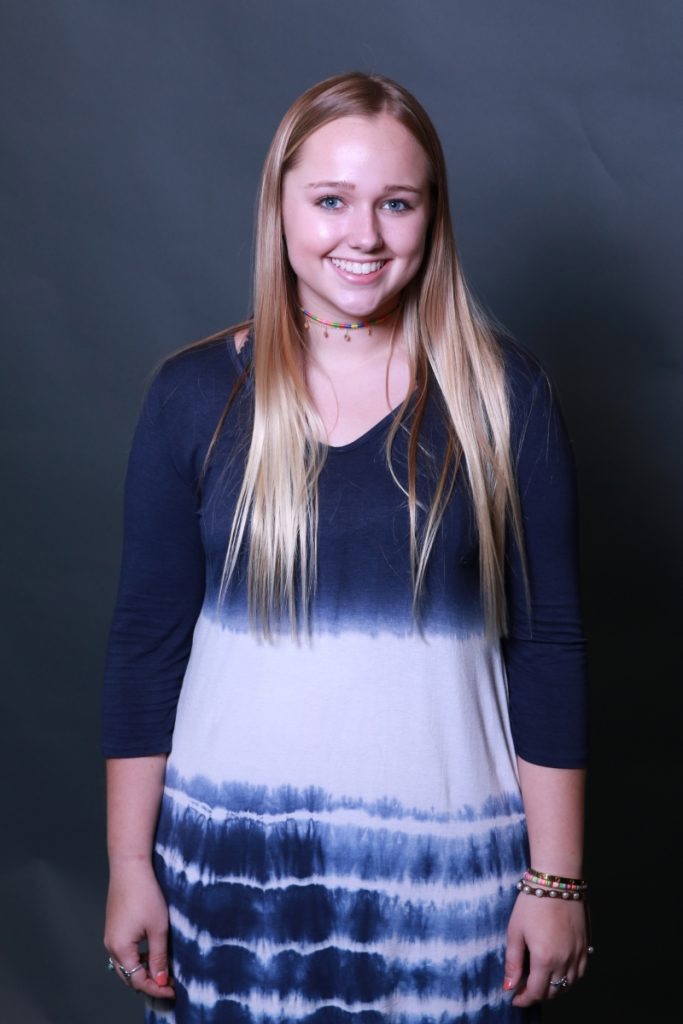 Caroline Farish personifies John Wesley’s call to spread “scriptural holiness throughout the land” at school — whether that’s Shelton School in Dallas, where she’s enrolled, or the Burrell Boom Methodist School in Belize. At the Shelton School, Caroline created Project Kindness, which encourages and equips students to perform tangible acts of kindness throughout the year. She is also a founding member of PEACE (People Encouraging Awareness and Creating Equality), a student initiative that aims to engage peers in honest, thoughtful conversations about differences in race, religion, culture, and socioeconomic status.

Caroline has served on the planning team and gone on Flower Mound UMC’s mission trip to Burrell Boom Methodist School every year since 2013. In addition, Caroline keeps up with the people of Burrell Boom through social media. Last summer, she wrote and led all of the daily devotionals for those who served on the Belize team.

The Rev. James Williams, superintendent minister in Belize’s Corozal Methodist Circuit, praises her “special connection to children and people in general. Her sweet disposition and innate ability to interact with people makes her a natural when it comes to sharing about Jesus.”

Zac Ladd, dean of students at Shelton, says, “She has a rare quality among humans, much less teenagers, to make you feel like you are important while talking to her. I know her faith drives her and the way she carries herself. She wants to be a friend to everyone, and genuinely cares about everyone. Shelton is a much better place because of Caroline.”

It was “overwhelming to see the reception of the crowd,” Imam Omar Suleiman, a co-chair of the group said, The Dallas Morning News reported. “Because I think people are sick of the division. People are sick of feeling like we’ve gone back 56 years as a country. People are tired of it.”