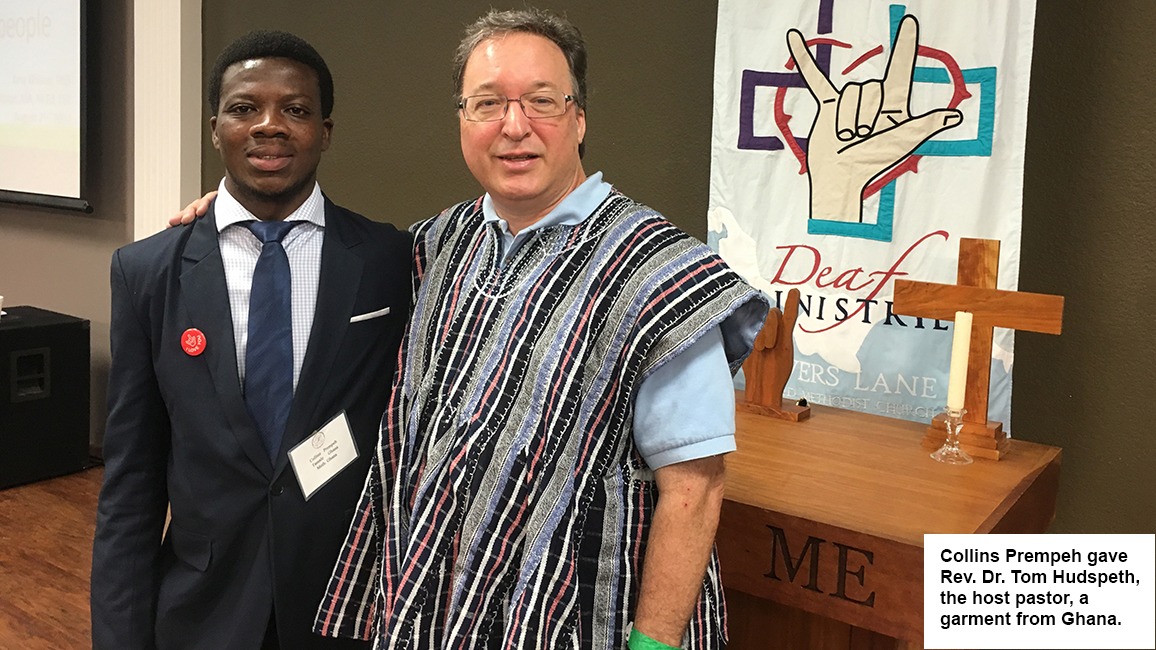 At a global United Methodist meeting that took place this month near Waxahachie, you might have …

And you exchanged not one word verbally. The barrier wasn’t from spoken language but because you were at a conference with the Deaf and hard of hearing.

The quadrennial meeting of the Fourth Global Methodist Missions Conference of the Deaf, which took place Aug. 1-4, 2017, at the Lakeview Camp and Retreat Center, not only examined ministry with the Deaf and hard of hearing, but also the effects of Alzheimer’s disease and dementia on the population. It addressed marginalization because of disability, but also offered the first lay servants ministry certification program for the Deaf and hard of hearing. It was, in short, a mix of dealing with differences but also the same concerns and aspirations as anybody else.

On stage in the room where close to 150 gathered, interpreters gestured in American Sign Language. At tables for each nation represented, other interpreters translated the programs into their specific sign language.

The host pastor, the Dr. Tom Hudspeth of Lovers Lane UMC in Dallas, wore a garment woven in Ghana over his shirt as he moved about the conference floor during a break. Complimented on it, Dr. Hudspeth, Deaf ministry pastor at Lovers Lane and general secretary for the World Federation of Deaf Methodists, quickly pointed out Collins Prempeh, the young pastor from Ghana who had presented him the garment. 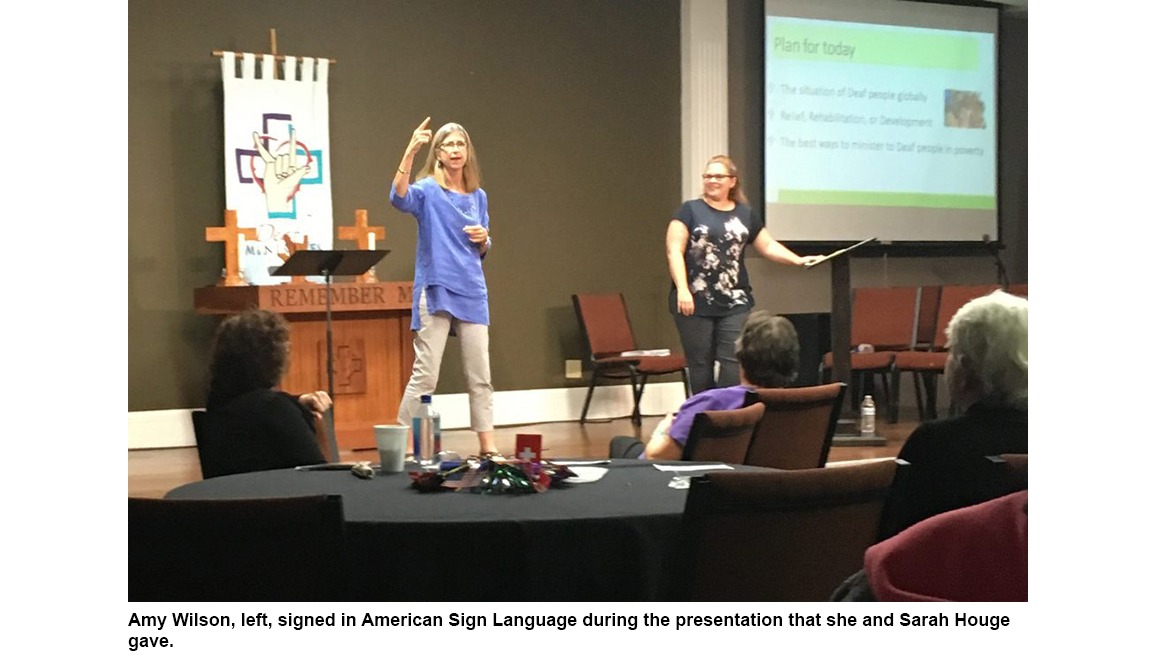 Prempeh has “done a lot with just a little water,” driving two hours and sometimes a full day to minister to other Deaf people, Dr. Hudspeth said. They met at the last conference in Nairobi, Kenya, when Prempeh, sensing a call to Deaf ministry, asked Dr. Hudspeth for UMC support to start a church in his hometown of Tepa.

Dr. Hudspeth contacted the bishop of the Methodist Church, an autonomous church that has observer status with the United Methodist General Conference, on his behalf.

“The problem facing Deaf people experiencing a call from God to serve is that there is often no Deaf faith community already established within hearing churches that can provide support in finances and resources,” he said.

Since the last meeting, Prempeh started a Methodist church for the Deaf in Tepa and helped set up another in Ghana.

At the conference, Prempeh was one of the participants in the lay servant ministry classes.

“It is important in the long term for the Deaf Methodist Church in Ghana that they are doing ministry with one of their own,” Dr. Hudspeth said. “We give him credibility. When he goes back, he takes LSM training with him.”

Dr. Amy T. Wilson of Mill Neck International was in Ghana in July, where she helped out while a Deaf organization in Ghana and one from Denmark formed a partnership to train the Deaf in Africa.

Dr. Wilson and colleague Sarah Houge gave a presentation on ministry to the Deaf at the Texas gathering. Mill Neck International is a Lutheran-affiliated organization that seeks to improve the lives of the Deaf through education and training.

The Ghana and Denmark groups collaborated on how to share skills, ways to work with the government, improve laws and stand up for Deaf people. 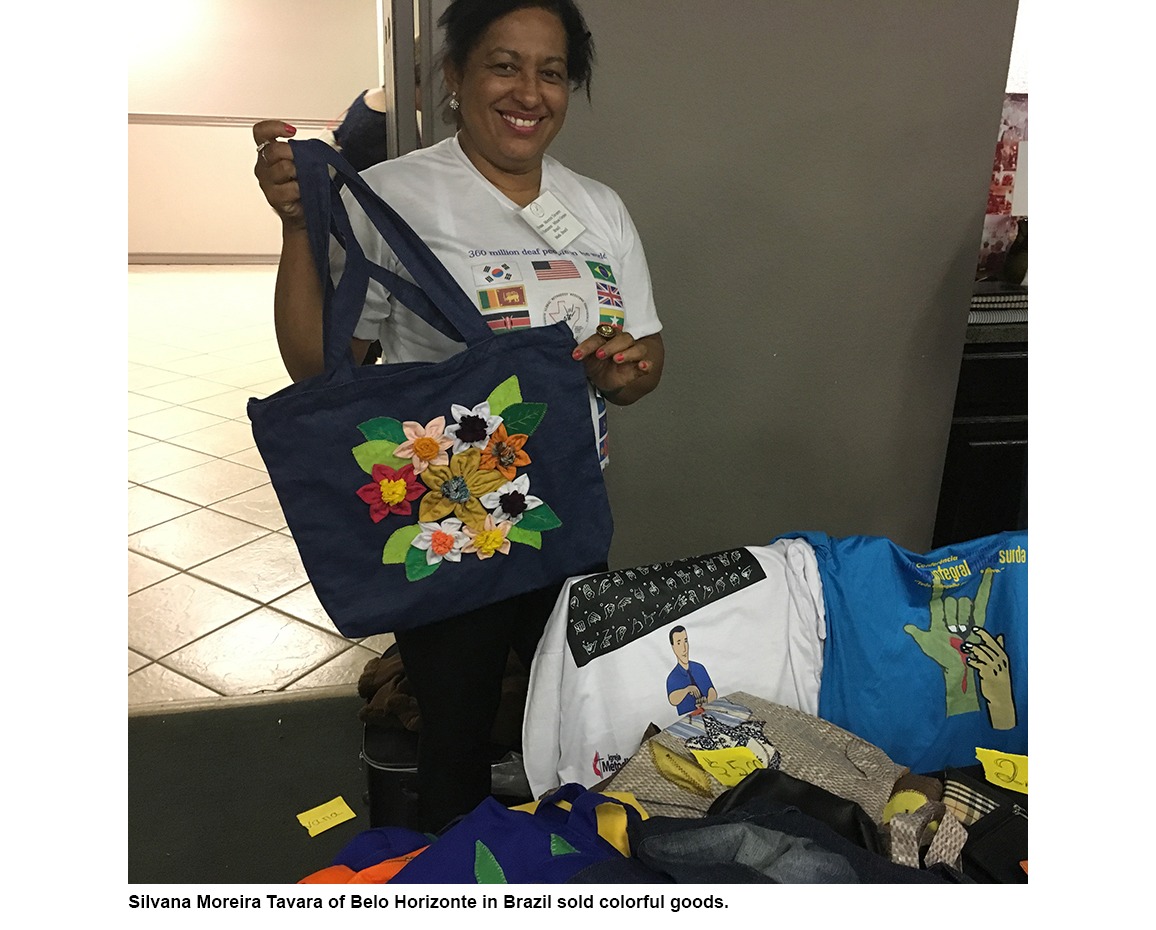 “There was a whole list of things where they shared the process and the training and all kinds of ways to move forward,” Dr Wilson said. “So now Ghana is empowered and they’ve got skills. They’re going and they’re teaching in Mali, Nigeria and the Ivory Coast.”

Empowerment is the key to improving the lives of the Deaf and hard of hearing worldwide — 320 million adults, 32 million children and 80 percent of them living in undeveloped countries, Dr. Wilson and Houge said. Too often, ministry groups come in with an “oh, poor you” attitude, robbing the Deaf of the ability to learn leadership and job skills, they said.

Dr. Wilson told of three Deaf women she worked with in Brazil

“One girl had a baby and needed money for milk and clothes, so they decided to make earrings,” she said. “One woman was really smart and, though she had never gone to school, she learned how to write. But, she didn’t know how to make a budget or set up a business plan.”

Mill Neck helped them with “a little bit of money. They bought beads, metals and the supplies.”

A man at the local church who made and sold jewelry taught them how to craft the earrings.

They started selling the earrings, got more beads, made more earrings, and did it all over again.

“They had been desolate and now they made beautiful jewelry. So that’s an example of economic development. We stopped that poverty cycle,” Dr. Wilson said.

Why the Capital ‘D’?

“Deaf” with capital “D” is an intentional use in the Deaf community, which views the word as the “equivalent with other linguistic groups as the French, Spanish or Mayan,” the Rev. Dr. Tom Hudspeth of Lovers Lane UMC said.

“Deaf” and “hard of hearing” are acceptable terms among the community, but not “hearing impaired,” which the Deaf consider offensive, Dr. Hudspeth said. Deaf people see themselves as part of “a cultural and linguistic [sign language] community and not as being impaired.”

The Deaf make up “a community that has much to offer the general population, if accepted on for uniqueness rather than deficiency,” Dr. Hudspeth said.

The Texas meeting was the fourth quadrennial meeting of the Global Methodist Missions Conference of the Deaf. Philadelphia-area Bishop Peggy Johnson, who hosted the first conference in Baltimore as a pastor there in 2005, led opening worship. The second conference took place in South Korea, and the third in Kenya.

At the Waxahachie conference, Dr. Hudspeth was re-elected general secretary of the World Federation of Deaf Methodists, the Rev. Sangsuck Nam of South Korea was elected assistant general secretary and the Rev. Ronilson Lopes de Almeida was chosen president by virtue of his bid to host the fifth Global Methodist Missions Conference of the Deaf in Rio de Janeiro, Brazil.

Donations, registrations and support from the General Board of Global Ministries-Health of the United Methodist Church funded the conference. About $25,000 was given from GBGM-Health through its United Methodist Committee on Deaf and Hard of Hearing Ministries.