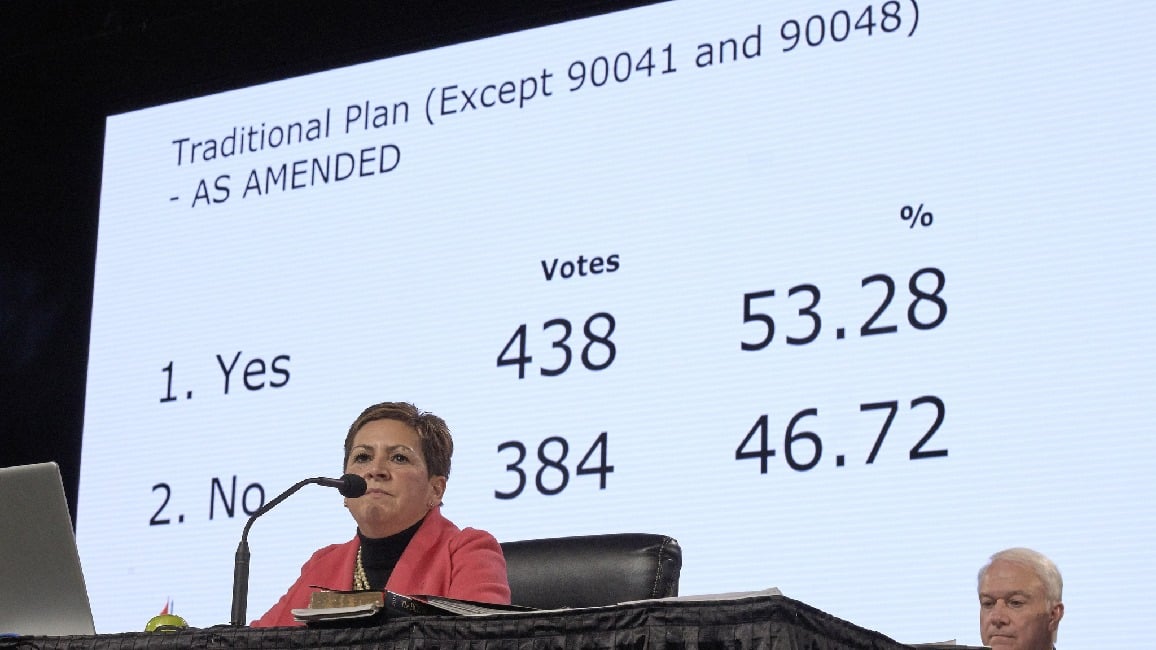 Following a day of contentious discussions and last-minute efforts to further debate, delegates at the special-called General Conference in St. Louis on Tuesday adopted the Traditional Plan as its preferred way to move forward as a denomination on the issue of human sexuality.

By a vote of 438 to 384, delegates passed a stringently worded plan that further emboldens the church’s ban on LGBTQ clergy and same-sex marriages.

What remains to be seen, though, is the constitutionality of the Traditional Plan. Earlier Tuesday morning, a decision of the Judicial Council declared that nine petitions related to the Traditional Plan and one sentence found in another were unconstitutional. After one amendment and passage of the full plan, delegates voted to send the entire plan back to Judicial Council for another review.

Rev. Gary Graves, secretary of General Conference, said any piece of legislation that the Judicial Council declares unconstitutional will not be included in the Book of Discipline.

Reactions to the Traditional Plan’s passage were mixed, both in the North Texas Conference and around the world. But Rev. Owen Ross, one of North Texas’ five clergy delegates, remains hopeful for the future of Methodism in North Texas.

“With the leadership the North Texas Conference has in our local churches, in our districts, and in our conference office, God has a bright future for our conference regardless of actions or inactions taken by General Conference,” Rev. Ross said. 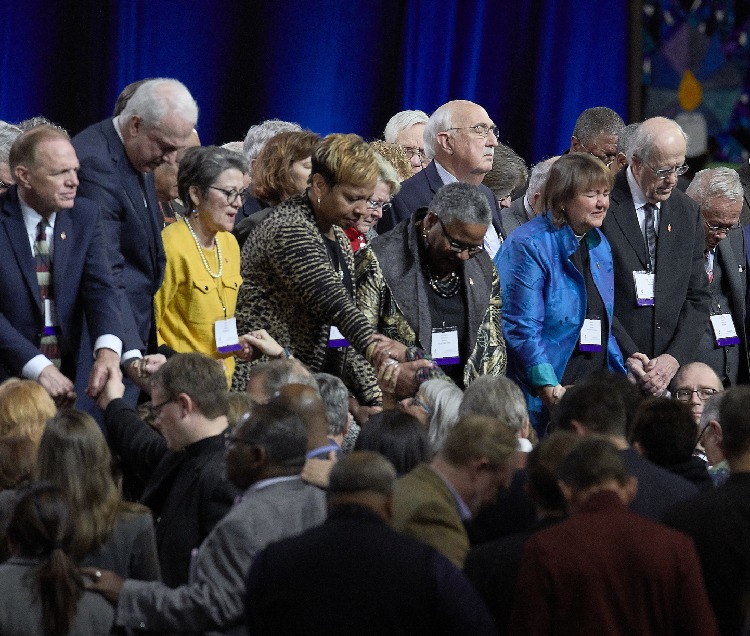 Earlier Tuesday, Rev. Tom Berlin of the Virginia Conference spoke on behalf of the minority report submitted in an attempt to set aside the Traditional Plan before the body.

In doing so, delegates made one final push to bring the One Church Plan to the Plenary for consideration before it was defeated, 449-374.

“If the Traditional Plan is voted in, it will be a virus that will make the American church very sick,” he said. “Many pastors are going to leave, many annual conferences will leave. … There will be trials, and they will be on the news. The only news about the church will be about people we don’t serve.”

Other delegates stood to talk about following God’s “true word.”

Nancy Denardo of the Western Pennsylvania Conference cited scriptures in her argument against the One Church Plan.

"Friends, please stop sowing seeds of deceit,” she said. “I’m truly sorry if the truth of the Gospel hurts anyone; I love you and I love you enough to tell the truth.”

After the minority report was defeated, in a powerful moment, delegates and bishops left their seats and drew close together for a prayer.

As they went back to their seats those gathered in the stadium were singing, “This Little Light of Mine.”