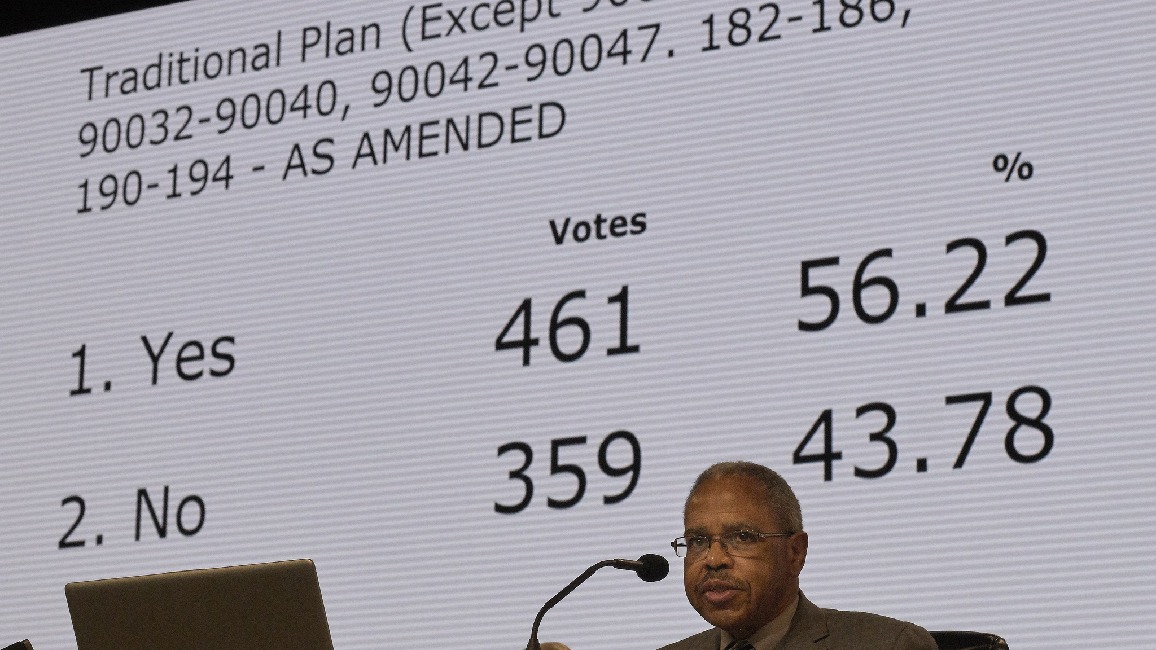 Delegates gathered at the Special Session of General Conference offered a split decision on two of the major plans before the Legislative Committee on Monday.

Open for discussion and final vote at the Plenary session, which will begin at 8:30 a.m. Tuesday, will be the Traditional Plan, two plans related to pensions and two plans that would allow churches, with certain limitations, to leave the denomination with their property.

A noticeable gasp could be heard in the conference center at 3:26 p.m. when the One Church Plan – the overwhelming recommendation by the Council of Bishops – didn’t pass through to the Plenary. There is a possibility, however, that the One Church Plan could still be considered at the Plenary session by way of inclusion in a minority report.

Immediately thereafter, a motion to reject all other petitions was introduced but was later amended to stop debate on everything except the Simple Plan. That motion passed, and the Simple Plan was later rejected.

“When the prioritization came out and the One Church plan had less than 50 percent, the vote was done at that point,” said Tim Crouch, a member at First UMC Denton and head of the North Texas Conference delegation. "We knew then it would be difficult to get the One Church Plan passed.”

“This was the best-run, most-cordial General Conference that I’ve experienced,” said Rev. Owen Ross, a clergy delegate who serves as director of the North Texas Conference’s Center for Church Development. “So far, hurting others was generally restricted to votes rather than with words or actions as I have seen at other General Conference. I pray that tomorrow the cordial spirit in the room can lead to a cordial way forward for the Church that God will bless.” 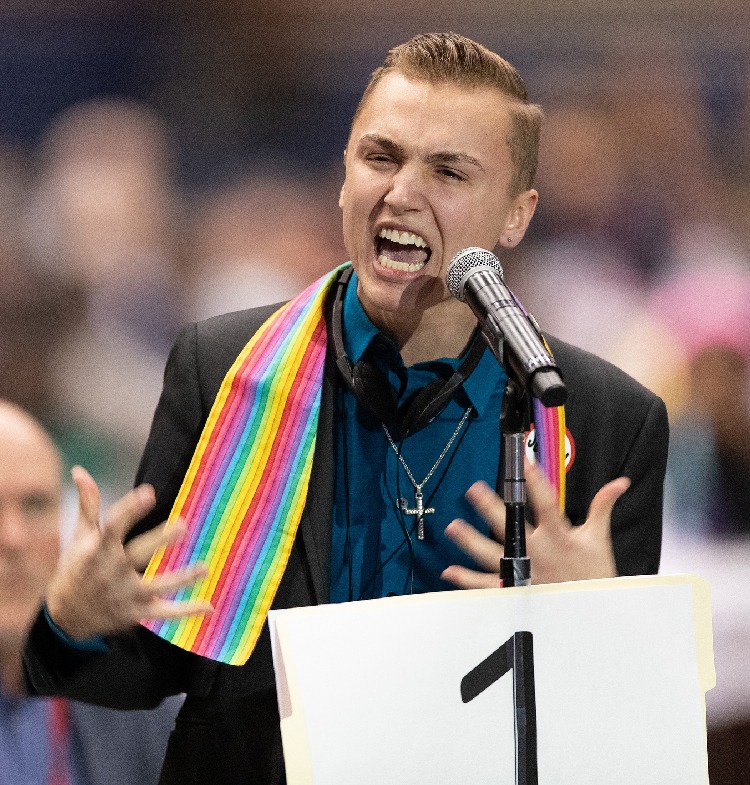 J.J. Warren, a senior at Sarah Lawrence College and a lay delegate from the Upper New York Conference, provided the highlight of Monday’s meeting with a captivating speech on why the Traditional Plan should be sent to the Judicial Council for review.

Praise for Warren, who is gay as well as a certified candidate for ministry, steadily grew throughout this speech and intensified toward the end of his 3-minute remarks.

Following Warren’s comments, observers offered a 90-second standing ovation and broke out into a rendition of “Jesus Loves Me.”