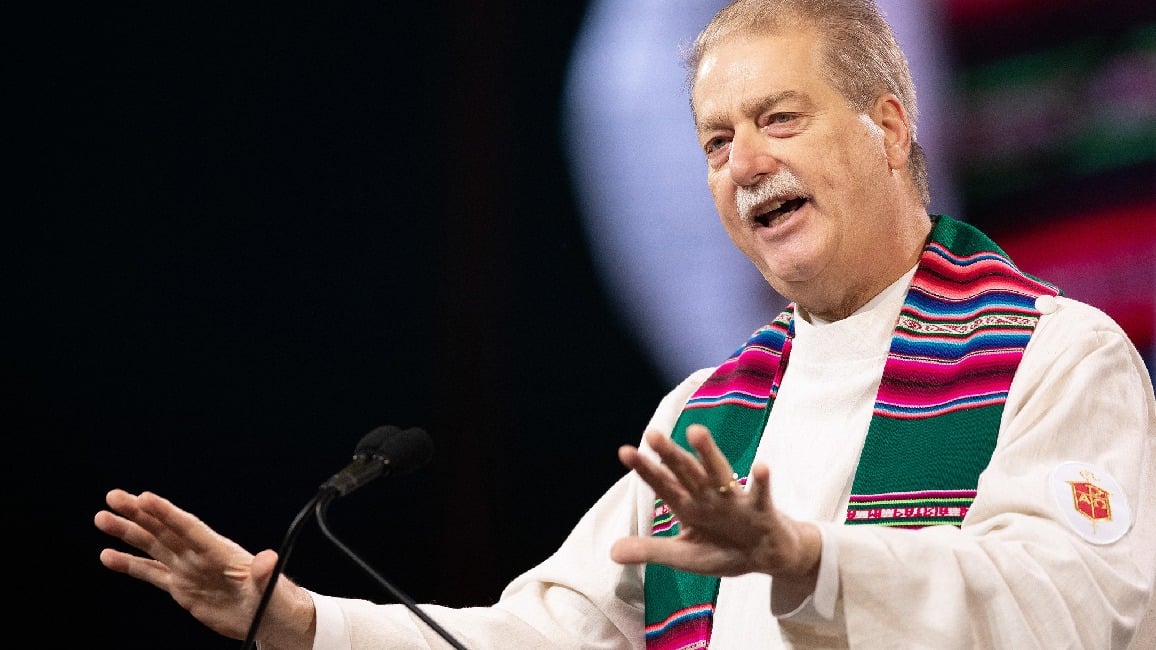 In his opening sermon Sunday morning before the special session of General Conference, Bishop, Kenneth H. Carter Jr., president of the Council of Bishops, invoked the words of Ephesians in his call for unity for the Church.

In Christ Jesus you who once were far off have been brought near by the blood of Christ.  For he is our peace; in his flesh he has made both groups into one and has broken down the dividing wall, that is, the hostility between us.  He has abolished the law with its commandments and ordinances, that he might create in himself one new humanity in place of the two, thus making peace,  and might reconcile both groups to God in one body through the cross, thus putting to death that hostility through it. (13-16)

He posits that the wall dividing us currently isn’t impenetrable, that God’s intervention is able to keep us from separation. It is imperative, he said, that all attempts are made to insist that our unity remains the utmost interest of this body.

“Sisters and brothers, in these three days, make every effort to maintain the unity of the spirit in the bond of peace,” Bishop Carter said. “Make the unity of the body of Christ your passionate concern.  Remember: you are the people of the cross and the flame.”

As he concluded his remarks, Bishop Carter quoted retired Rev. Zan Holmes Jr. of the North Texas Conference. He referred to Rev. Holmes’ maxim that you can’t end a sermon without two things: give God the credit and end with Good News. Bishop Carter’s parting thoughts: the Good News is that “God is able.”

At the first legislative session of the 2019 General Conference, delegates heard the presentation of the Commission on a Way Forward’s report.

Speaking on behalf of the One Church Plan, the Rev. Jasmine Smothers, pastor of Atlanta First United Methodist Church, said of the plan’s attempt to maintain denominational unity: “The cost of division is high, cost of disruption to the mission is beyond what we can quantify.”

Machinga said under the plan, she visualizes “a big church with smaller tents underneath … connected to Christ but reaching out to many different kinds of mission.”

Presenting the Traditional Plan, the Rev. Jessica LaGrone, a Texas Conference delegate who serves in  Kentucky, said it is “an attempt to value unity in doctrine, consistency in practice and mutual accountability,” adding that “the growing chaos in The UMC has overtaken our lives.” 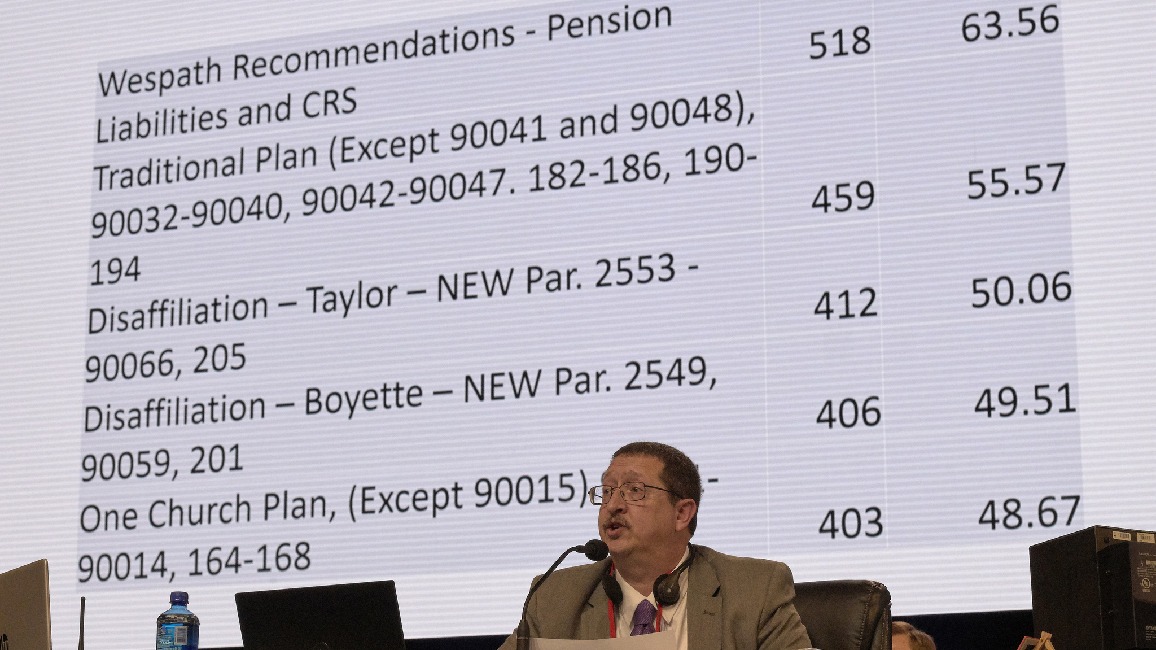 In a process that took more than one hour, a pair of petitions centered on pensions topped a vote by delegates that set priorities for the order in which matters would come before the Legislative Committee.

Delegates cast votes of high priority or low priority for each petition, some of which appeared in blocs as they related to specific plans.

The Traditional Plan accrued the second-highest number of votes, followed by two petitions focused on disaffiliation. The One Church Plan, which received overwhelming recommendation from the Council of Bishops, ranked fifth.

The petitions will be considered in priority order by the Legislative Committee, which started its work late Sunday and will continue Monday morning.

Rev. Dr. Joe Harris, Assistant to the Bishop of the Oklahoma Conference, was selected by delegates as chair of the Legislative Committee. In this role, he will preside over all discussions of the petitions while in committee. Others elected to leadership roles include Betty Kazadi Musau of North Katanga (vice chair) and Carlene Fogle-Miller of Florida (secretary).