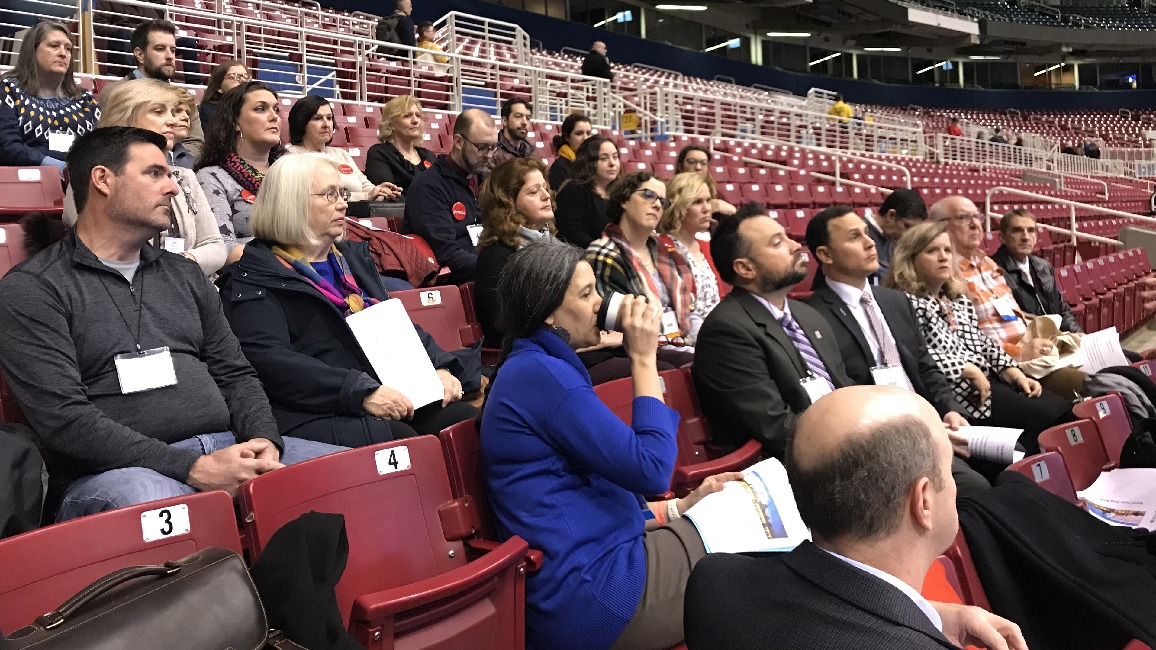 Members of the North Texas Conference gathered in the stands of the St. Louis Convention Center early Saturday.

Delegates and others from the North Texas Conference met before the 9 a.m. start to Saturday’s General Conference Day of Prayer. During their time together, Tim Crouch – a member of First UMC Denton who also is head of the conference’s delegation – updated the group with information about the day. Rev. Joe Stobaugh, Executive Minister of Worship and Arts at Grace Avenue UMC, led the group in song, while Rev. Clayton Oliphint, Senior Pastor at First UMC Richardson, closed the session with prayer. 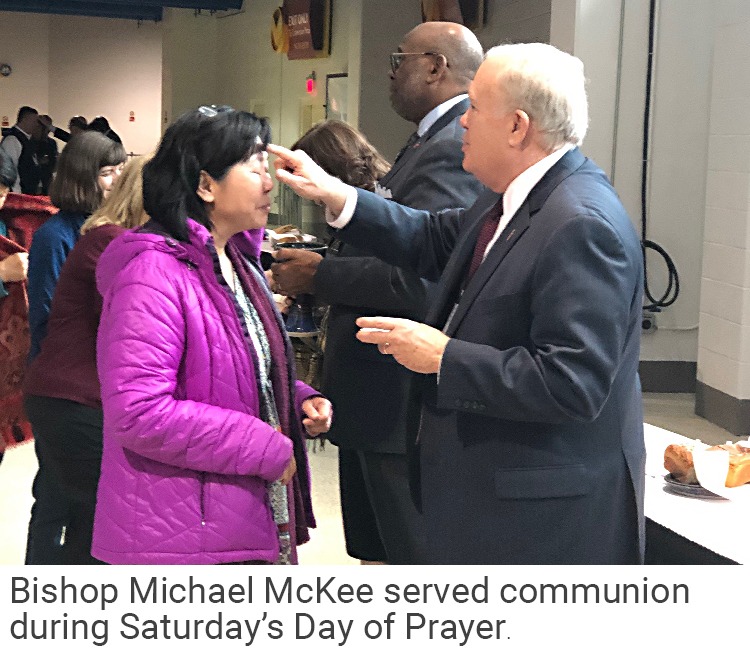 Prayer and Worship the Order for Day

Saturday’s Day of Prayer began with song, scripture and an experiential prayer process. This included prayer stations, prayer partners and self-guided prayer. Specifically, seven prayer sessions offered on the floor for delegates and in the concourse area for visitors and guests included: Thanksgiving, Intercession, Wisdom and Discernment, Unity, The Kingdom of God, Addressing Violence, and Humility and Compassion.

Throughout the morning and early afternoon, bishops from around the world led prayers, some in their native tongues. Four distinct areas were represented: Europe and Eurasia, Africa, the United States and Philippines.

“Music is critical” to the service, according to Rev. Joe Stobaugh of Grace Avenue UMC. Stobaugh, who was part of the worship planning team at General Conference 2012, said it is “very challenging to connect all the parts in an artistic way.”

Rev. Tim Morrison, Associate Minister of Music/Worship at Custer Road UMC, said that the music selection has been a “wonderful blessing and tied so well to what the bishops were saying.”

As each of the world focuses were talked about, music from those areas was shared and sung in native language. It helped reiterate that The United Methodist Church is a global church. 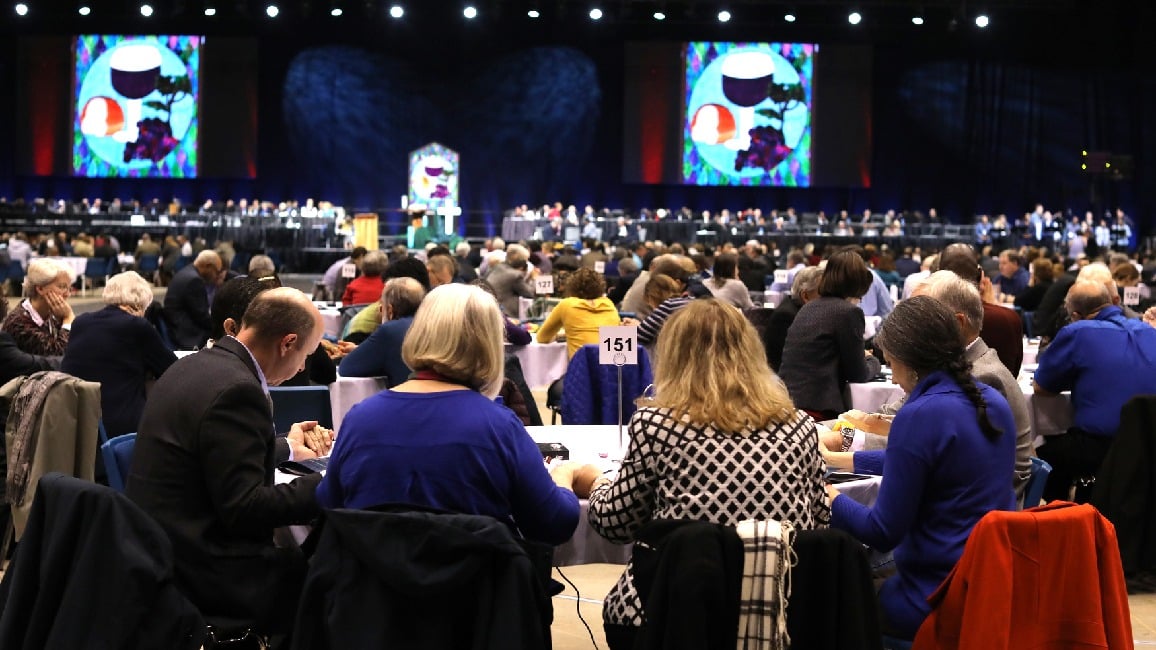 Members of the North Texas Conference delegation participate during the Day of Prayer.

Council of Bishops Asks for Declaratory Decision on Two Petitions

The United Methodist Judicial Council has received a petition for a declaratory decision from the Council of Bishops regarding the constitutionality of two General Conference legislative items, Petitions 90052 and 90078.

Petition 90052, submitted by Lonnie Brooks, focuses on chargeable offenses found in the United Methodist Book of Discipline in Paragraph 2702.1b — “practices declared by The United Methodist Church to be incompatible with Christian teaching, including but not limited to ...” The petition makes changes related to the supervisory and just resolution processes.

“This petition appears to cross the separate lines of power between the episcopal, administrative and judicial functions and powers similar to other petitions ruled unconstitutional in Judicial Council Decision 1366,” the bishops’ petition said.

Petition 90078, submitted by the Rev. Maxie Dunnam, refers to the Modified Traditional Plan and would create a global episcopacy committee that addresses complaints against bishops related to chargeable offenses. That petition also “appears to violate the separation of powers doctrine,” the bishops said.