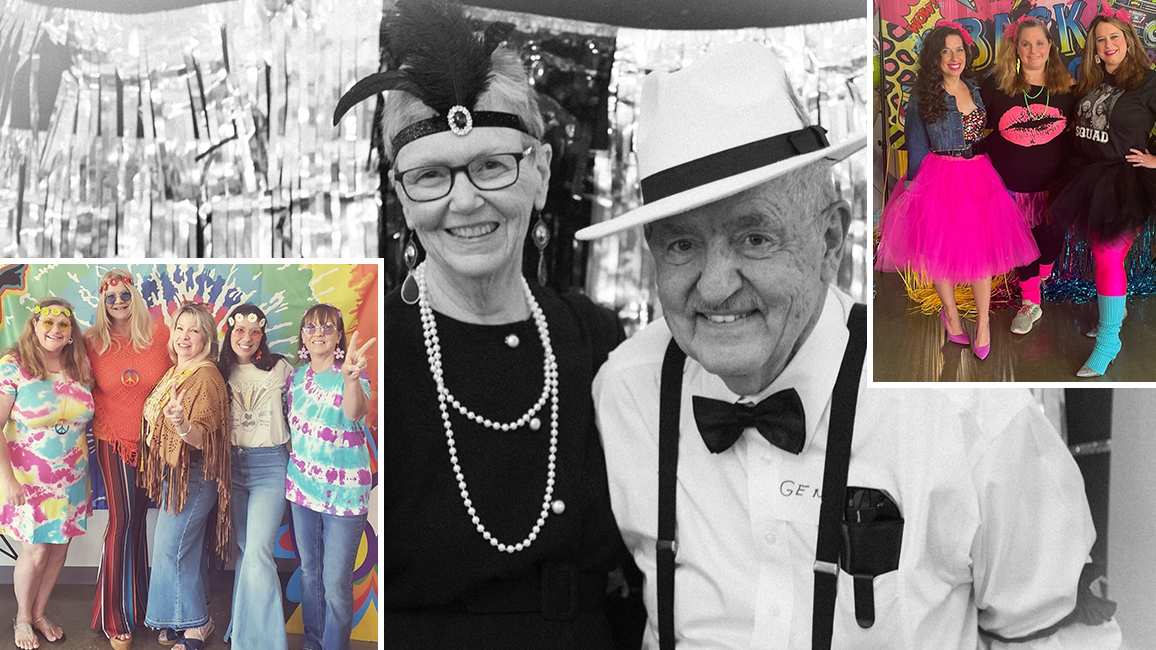 “The world is charged with the grandeur of God,” wrote pastor and poet Gerard Manley Hopkins. While it may feel as though the secular and sacred are worlds apart, this poem highlights that God’s presence runs deep throughout our world. Three North Texas churches have put together innovative sermon series that remind us God’s message is the same in every age and culture.

“I had a mentor who stressed the importance of being a ‘culturally relevant’ church,” said First UMC Wichita Falls Senior Pastor Rev. John McLarty. “A sermon series taken from popular culture is one aspect of this. It's a way of meeting people where they are, with images or icons that are familiar to them, and then using that as a launching point into deeper conversations about our faith.”

On Sept. 11, McLarty is launching a three-week series, “If Ted Lasso Had Been a Preacher.” The timing of this sermon series is ideal as football season is starting and it becomes harder for many people to prioritize worship on Sunday mornings. The TV show Ted Lasso follows an American football coach as he takes on coaching duties for a soccer club in England. While the series addresses adult situations – and often with adult language – Rev. McLarty describes the Ted Lasso character as one of the most genuinely positive figures on television and he plans to use only the coach’s best one-liners as a springboard for digging into biblical themes that relate to people’s lives.

“I hope the series gets people's attention, that they might be interested enough to give the church a try, if only out of curiosity,” Pastor McLarty said. “But my greater hope is that this series will help people find new and accessible ways to talk about their faith, that it will open people's eyes, ears and minds to the ways God might be speaking to us.”

For the ministry leaders at Argyle UMC, their summer series “Through the Decades” was rooted in the idea that God’s message resounds through every age and season.

“The idea of the decades started from watching the news and realizing how much of that stress and cultural shift has happened many times over,” Senior Pastor Rick Williamson said. “So we wanted to look at the work of God in the midst of change and anxiety. God is always at work even in the hardest moments.”

What emerged was a lively look at God’s Word against the backdrop of several distinct decades in the church’s history. The Argyle UMC staff paired each decade with specific opportunities to be in community together, as well as liturgies and music drawn from each of those decades.

“Our goal is to be biblically based and draw people to Jesus. In the summers, we try to do that in a way that innovates and stretches our limbs,” said Associate Pastor Jennifer Stevens.

The staff built in opportunities for community-building throughout the series: a Karate Kid movie night during the 1980s week, a 90s trivia night, a trip to the bowling alley to relive the 2000s and a soda shop social after church during 50s week.

Communications Coordinator Carla Hilburn created themed photo backdrops and invited people to take their own pictures. “I want to encourage people to tell their piece of the story. We’re working hard to help our congregation understand their social media is a powerful platform to share the gospel and invite people to come be a part of our community,” Hilburn said.

She also invited members to send in photos of themselves through the decades and notes how the congregation enjoyed seeing what members in their 70s and 80s looked like when they were in their 20s.

For Pastor Stevens, it was powerful to witness the generations coming together. “Because we’re an intergenerational church it gave an opportunity for everyone to relive a piece of their past. We were intentional about bringing in some of the nostalgia of it. And the staff went all in and got dressed up every week. I think it was fun for them to see the staff not take themselves too seriously.”

For the staff at Grace Avenue UMC in Frisco, their summer series “Sermons on Demand” put congregants in the driver’s seat and allowed them to vote on the topic that would be preached on the following Sunday. In June, they gave the congregation a month to submit ideas and the staff sorted them into groupings. Sixteen different topics emerged. Each week the worship community chose between four of the topics and the one that received the most votes would be preached on the next week.

“In summers in the past, we often would do a Q&A sermon where we frame a topic and then let people ask questions, and we respond,” Senior Pastor Rev. Billy Echols-Richter said. “But we wanted to do something fuller this year that had a fuller treatment of people’s questions.”

Director of Communications Kim Eiffert coordinated the process. “Giving them an open-ended question about what they wanted meant that no two answers were alike, so I had to look at themes of what people were looking for,” Eiffert said. “We posed it as ‘Give us scriptures and topics,’ so each week we offered two scripture passages and two topics for the four options to pick from. And everybody voted in real time, more or less. They had four hours but we set aside time in worship for people to do it from their phones, and we also had paper slips available.”

“We sort of posed it as a ‘must be present to win’ – if you don’t like what we’re preaching on this week you’ve got to be here to vote,” Rev. Echols-Richter said. “So it did keep people engaged in that way. A lot of people were here even though it was summer.”

Each of the three worship venues had their own opportunities to vote but the teams were surprised to find that all of the worship communities chose the same topics for three of the four weeks of the series. The topics included dealing with worry, handling conflict with other Christians, LGBTQ+ and the Bible, the current state of the UMC and a Christian understanding of family.

“That first week we ended up talking about worry. I think we were a little surprised about that,” Rev. Echols-Richter said. “Sermons on Demand helped us realize that one of the greatest things our people struggle with is anxiety and they have that front and center in terms of their faith life. And not just situational anxiety when something happens but sustained, chronic anxiety.”

The congregation enjoyed what the staff offered in July and now the team is looking for opportunities to explore the other 12 topics throughout the year.

“It was important to be able to speak into these things on these Sundays,” Rev. Echols-Richter said. “I’ve had several people come up to me about all four of these and say, ‘I just didn’t know what I believed about this, so this was really helpful.’ There’s a lot of people for whom certain things are not resolved and like all of us are in process and going on to perfection. Part of being Wesleyan is we’re on a journey of faith and we’re all trying to work through issues in light of our faith.”

As Rev. John McLarty noted about where the secular and the sacred meet, “I believe that God is always speaking to us and inviting us into deeper conversation about what God is doing in the world and what God wants to do in the world. In the same way that Jesus used imagery that was familiar to his listeners, I believe God can use what is familiar to us today in order to get our attention and help us understand. If a person can make a connection to God through art, or nature, or sports, or whatever, they can learn to recognize God's presence and to trust that God is truly with us in all things.”

The world is indeed charged with the grandeur of God.