Climate Justice Study Looks at Effects on the World 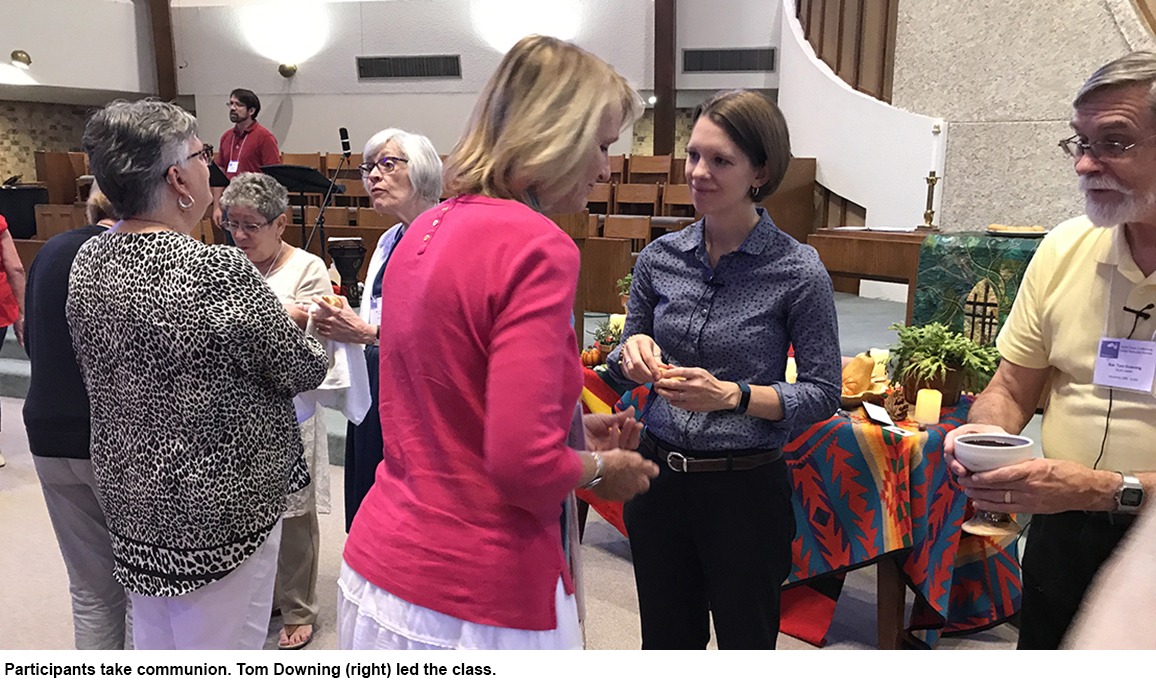 UMW’s Mission: u program aims to put UMC mission in the context of today

In 2009, the UMC Council of Bishops issued a Call to Hope and Action, saying:

“God’s creation is in crisis. We, the bishops of The United Methodist Church, cannot remain silent while God’s people and God’s planet suffer. This beautiful natural world is a loving gift from God, the Creator of all things seen and unseen. God has entrusted its care to all of us, but we have turned our backs on God and our responsibilities. … Despite these interconnected threats to life and hope, God’s creative work continues. Despite the ways we all contribute to these problems, God still invites each of us to participate in the work of renewal. …We cannot help the world until we change our way of being in it.”

“Climate Justice: A Call to Hope and Action” was one of the national studies offered this year at the North Texas Conference’s Mission: u. Men and women from across the conference participated in the study at the four-day United Methodist Women event July 19-22, 2017, at Arapaho UMC in Richardson. The purpose of Mission: u is to help participants understand the church’s mission in the context of today’s world. 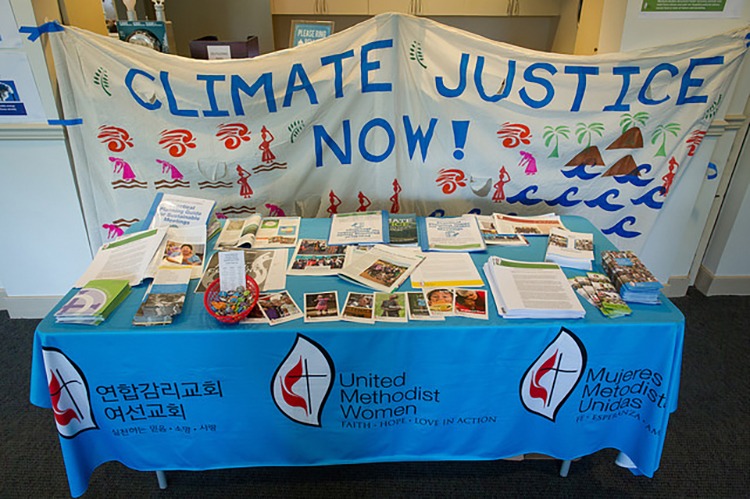 Climate change refers to long-term changes in global or regional climate patterns, such as increased temperatures and levels of carbon dioxide in the atmosphere. These changes are largely attributed to the use of fossil fuels, increased methane emissions and deforestation, the book says, and are deeply ingrained in our national and global economies.

Considering the church’s stance, participants in the class were told that climate justice is about making relationships right with each other and the Earth. The changes to the climate are not just about science but also human rights, Downing said. Climate injustice is an unintended consequence of these changes. An example: When ice caps melt, the sea rises and indigenous people on islands in the Pacific, off Africa or near New Orleans are forced from their homes of generations.

Information like that impressed Judith Adams of Mesquite UMC. 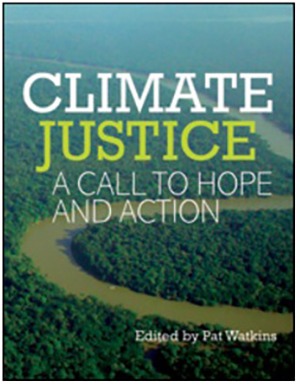 “I expected this class to be dull with nothing but stats, but it was very exciting because the emphasis of the study was on stories and people,” she said.

Throughout the Bible, God is trying to prevent the sin of believing creation exists solely to serve humankind, the study points out. Today, people are still learning the same lesson that cursed Adam and Eve and Job – that God’s creation isn’t ours to exploit, study participants were told. God, the Earth and people are so intertwined that not one of these can exist apart from the other two. When one of these relationships suffers, the other does as well.

John Wesley’s first simple rule was to “do no harm,” but the study materials said the U.S. is responsible for more than 39 percent of cumulative carbon emissions although it has only 4 percent of the world’s population.

“This was a paradigm shift from the ‘don’t waste’ message we have heard before,” said Beverly Sharpe, UMW social action coordinator at Highland Park UMC. “We learned that decisions that led to climate change have devastated lives. And those lives are the ones least responsible.”

But there is good news.

“We shouldn’t lose hope. Statistics are what frighten people, but what is more frightening is what happens to people,” Rev. Downing said. “Today’s statistics are showing that people across the globe are making changes that indicate progress is being made.”

In 2000, it was hoped that by 2010 the world would be able to install 30 gigawatts of wind capacity – and that goal was surpassed 14.5 times over. Today, the solar power industry employs four times the number of workers as coal companies, whose use has been tied to climate change. And the cost of solar panels is dropping dramatically as the technology improves and becomes more widely used.

The United Methodist Women presents Mission: u education events to provide better understanding of the church’s mission in the current world context. Begun in the mid-1930s as the School of Christian Mission for young women, more than 20,000 men and women, youth and children now take classes as they seek the transformation of the world.

In addition to Climate Justice, other national studies this year are Spiritual Growth: Living as a Covenant Community and Geographic: Missionary Conferences of the U.S.

Those attending are encouraged to share the studies with others by presenting programs to other UMW groups, Sunday school classes or other groups.