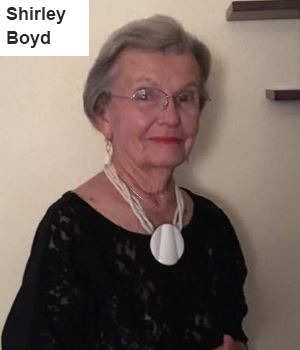 It took Shirley Boyd over two years to write, but her dedication and a little bit of genius captured the Kate Warnick Award for Casa Linda UMC’s church history.

“It is the very first entry that is completely bilingual. Every page is two columns, one column in English, one column in Spanish,” said Tim Binkley, archivist for the Bridwell Library at Perkins School of Theology.

Even better, he said, “it tells this amazing story of a church finding new life, of finding itself in its community” as its neighborhood changed.

Binkley helped organize and judge the Texas United Methodist Historical Society contest. Casa Linda won in the small-church category, for congregations of up to 499 members.

Boyd said she embarked on the project after another member told Pastor David Rangel that Casa Linda needed to tell its story “so new members would understand where the church had come from.”

“It took lots of time and lots of people to do little things” to contribute to the book, she said. “Finally it all worked together.” 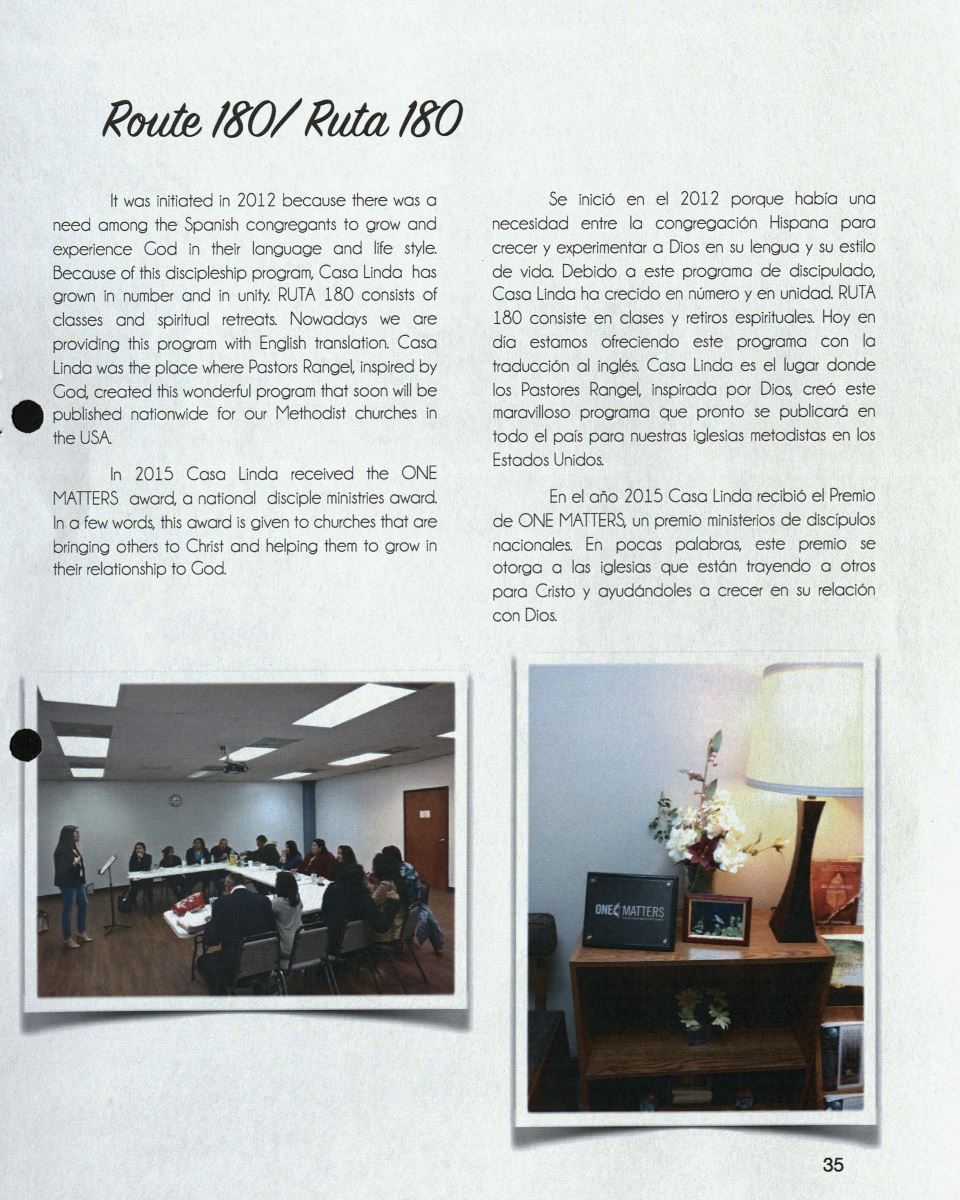 Casa Linda took root in Dallas 67 years ago, and Boyd has been a member for 64 of them. Despite its Spanish name, Casa Linda was a predominantly white congregation for years. But that began to change in about 2000 as more Latinos moved nearby. So, Casa Linda began intentional ministry to its new neighbors.

“One of the factors in their revitalization has been a program called Route 180°, or Ruta 180°, in Spanish. That is an intensive discipleship program with spiritual retreats and classes that is both in English and Spanish,” Binkley said.

The six-month program of faith discovery “started in Spanish, but now is so popular that they added English translation. This curriculum is soon going to be published nationwide,” he said.

In fact, Pastor David Rangel accepted the One Matters Award, a national honor for the most professions of faith in 2015. Casa Linda has now started a second campus in the Pleasant Mound area of Dallas, reaching out once again to the mission field in efforts led by Associate Pastor Carlos Ramirez.

Writing a history goes beyond the walls of the local church, Binkley said. Many churches are inspired to do one when they hit the century mark, and they are often handed out to visitors thereafter — “a good evangelism tool,” he said.

Bridwell collects the editions, which students and others researching a particular church or pastor can browse. “Of course, historians from all over, if they want to know about your hometown,” find local church histories a useful resource, Binkley said.

About the Kate Warnick Contest

The Kate Warnick Award of the Texas United Methodist Historical Society is named for the first theological librarian at Southern Methodist University. She was also was a founder of the historical society.

Since 1976, the society has bestowed the award in three categories: large (over 1,000 members), medium (500-999 members) and small (below 500). Entries are due Jan. 31 each year, with the awards announced in April. The large winner this year went to First UMC Lubbock; no winner was named for the medium category.